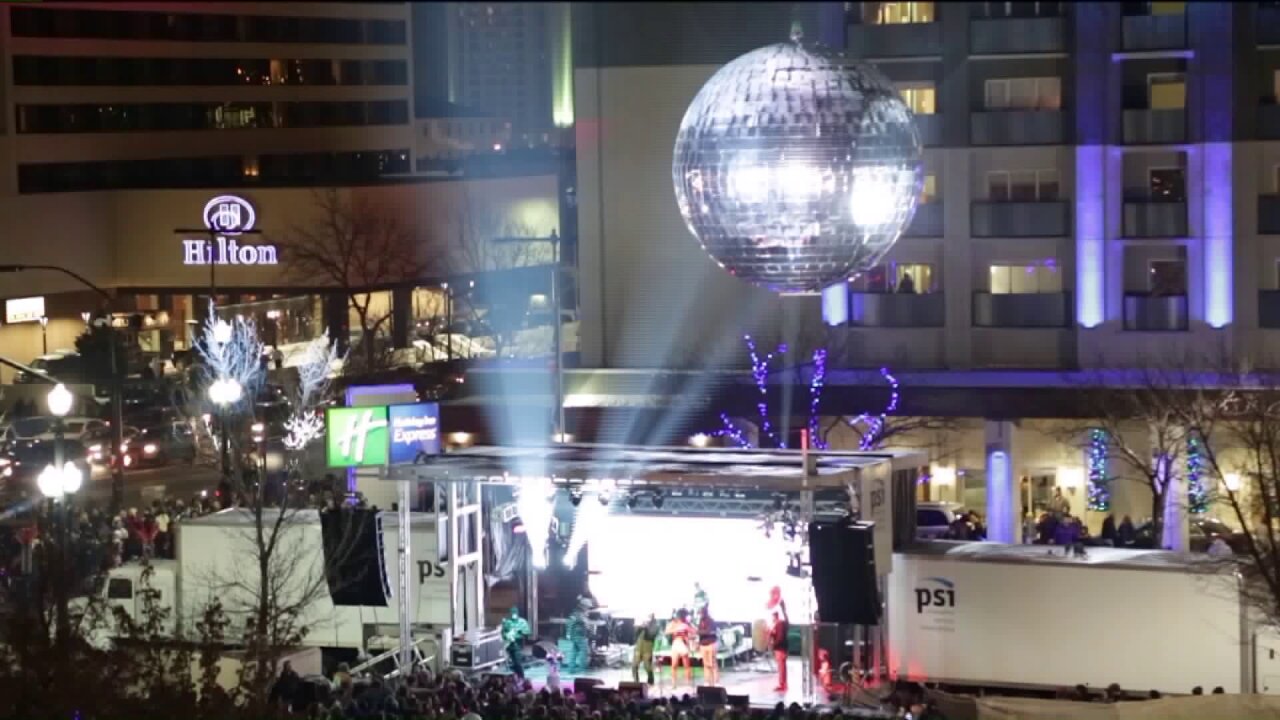 SALT LAKE CITY -- Expecting fireworks come midnight on New Year's Eve? You can forget it if you are in Salt Lake City.

A few years ago, Eve WinterFest organizers switched to a different way of celebrating. Rather than ignite fireworks during an inversion, the annual festival drops a massive mirror ball.

“We do a couple of smokeless fireworks, something that you would see indoors like at a Jazz game, but that has zero environmental impact,” said Nick Como, Senior Director of Communication with Downtown Alliance.

Como said a few years ago Eve switched from fireworks to the nation’s largest mirror ball.

“So for many years we did a fireworks kickoff at midnight, and we realized that's not really sending the best message during a time of inversion,” Como said.

As in years past, this season's inversion has public health officials asking people to do anything they can to limit their emissions.

Experts advise Utahns to drive less and avoid wood burning when the air is bad.

Drivers are urged not to idle.

“Cars are about half, they contribute about 50 percent of the air pollution,” Miller said.

And if you run the biggest New Year’s Eve celebration in Utah, giving up fireworks is another way to help.

“At first people were like: 'Where are my fireworks?'" Como said.

But he said now they seem thrilled with the result.

“But then they see how many lights and lasers we can shoot off, and we'd have all the sparkles and stuff, people are stoked and it's a really cool focal point too,” Como said.

After this ball drops at midnight, UTA will be running their trains late so people can get home safely.