All lanes of 500 South reopened in Bountiful after tanker rollover

BOUNTIFUL, Utah – A pup tanker on a semi truck rolled over on 500 South between 550 and 650 West in Bountiful Saturday morning, and all lanes are open again after a series of closures that went on for several hours.

Eastbound lanes had reopened at about 3 p.m. once the rolled semi and tanker, which was carrying ethanol, was removed from the scene. Westbound lanes were closed for several more hours as clean-up efforts continued.

Hazardous material teams responded to the scene. There were no reports of injuries or evacuations associated with the crash. 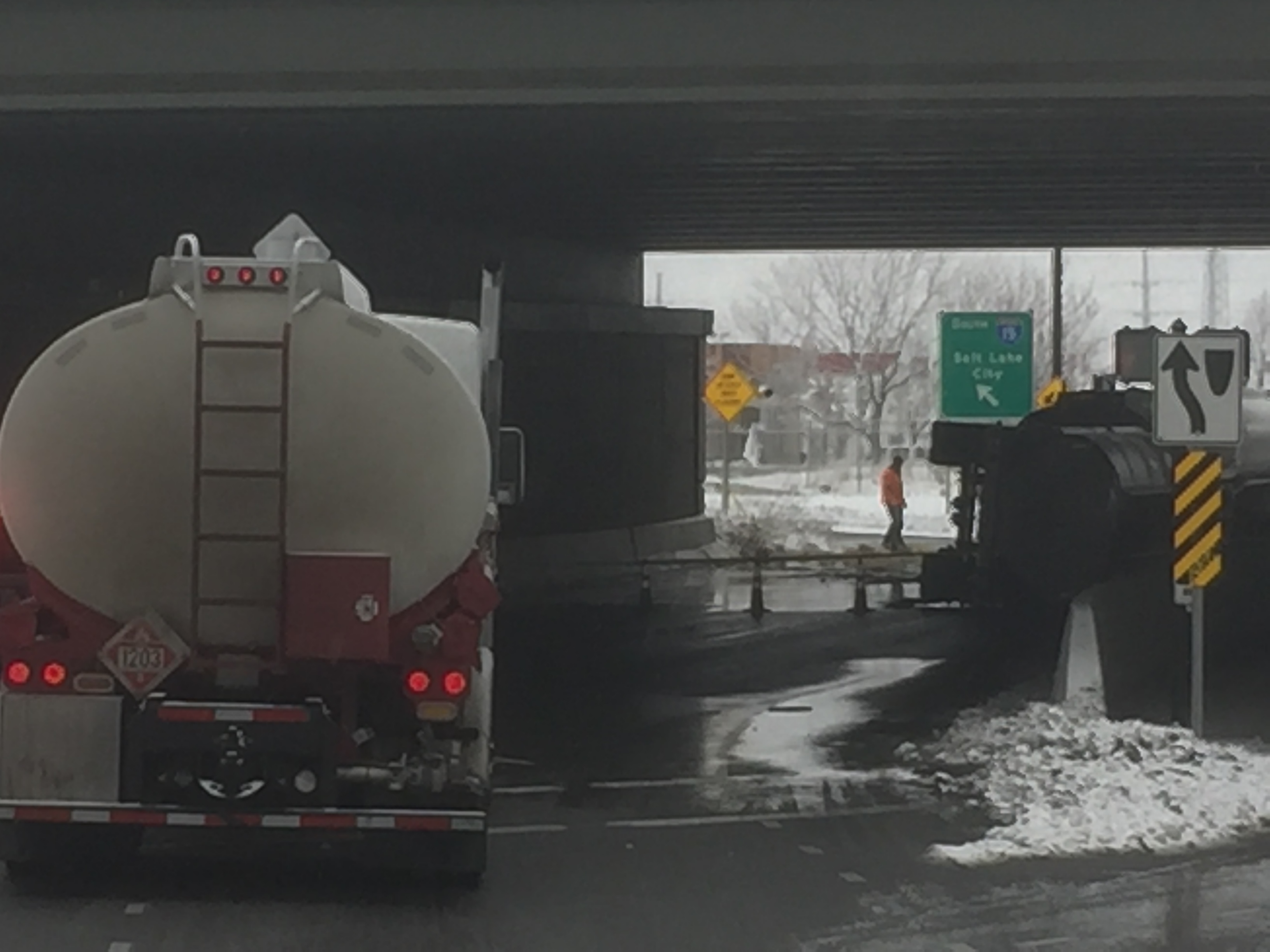