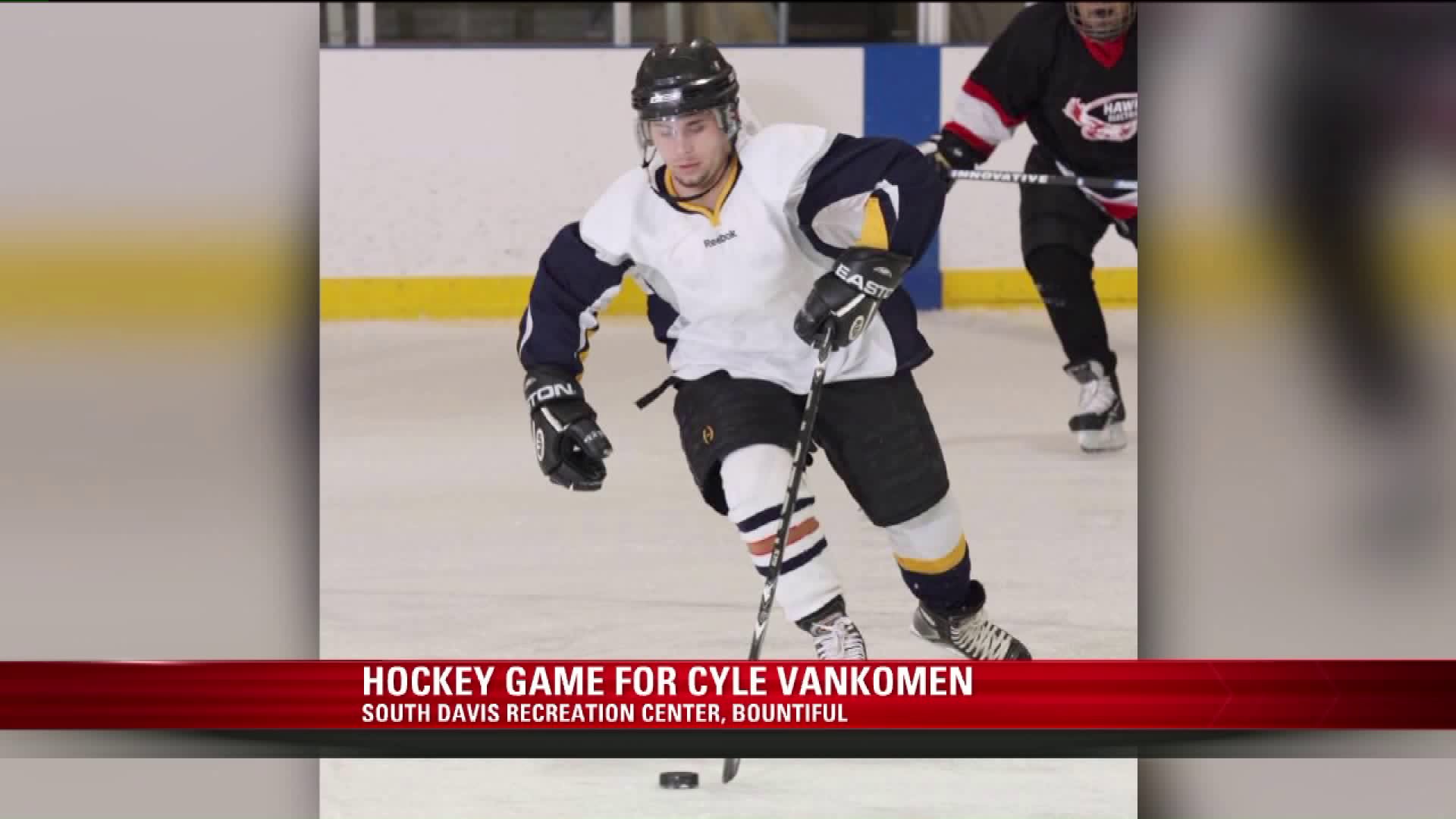 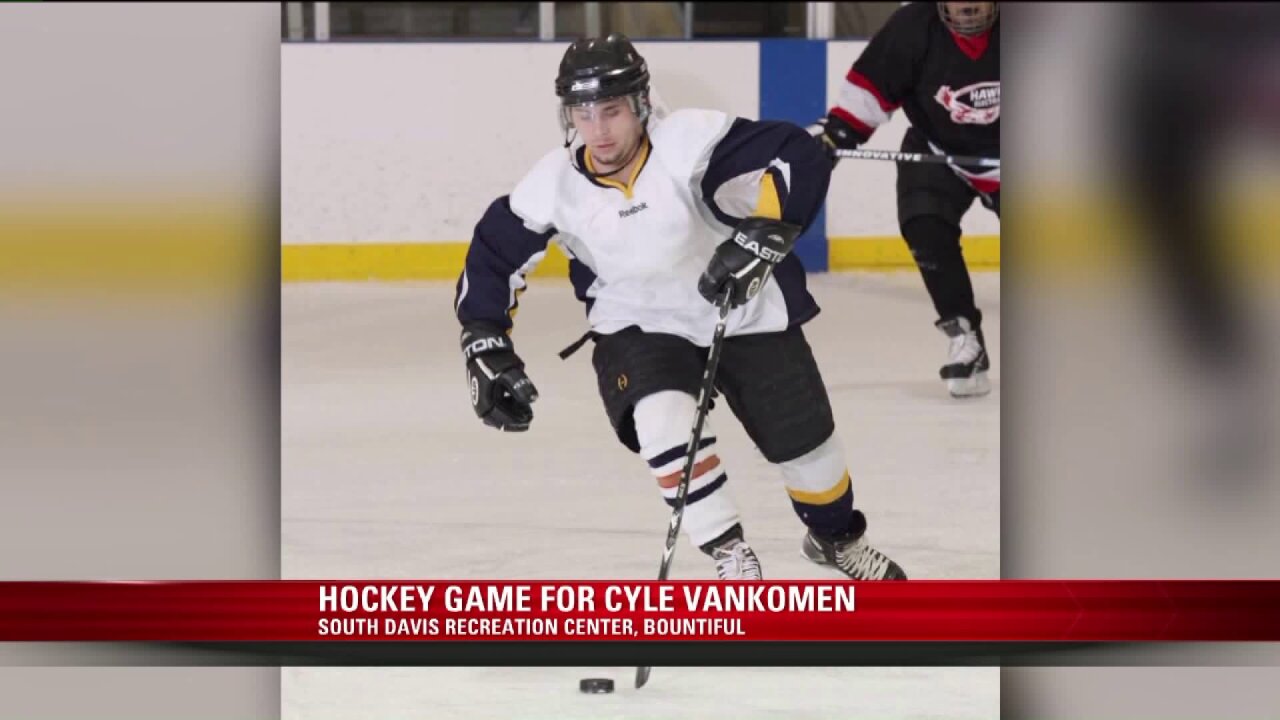 SOUTH OGDEN, Utah -- Cyle VanKomen, 20, was a victim in a double homicide in South Ogden on December 9, and a recent fundraiser to help his family celebrated the times Cyle was at his happiest.

When the puck dropped in VanKomen’s men’s hockey league, Cyle liked to be at center ice.

"He was a Beaver from the beginning, and this is just our men's league hockey team, and so all the players on the ice have played with Cyle, and have a special place in their heart for Cyle,” said Autumn VanKomen, Cyle’s aunt.

Cyle’s teammates played a match in his honor recently. The man’s love for the sport began at a young age when his dad took him to a Utah Grizzlies game.

“The Grizzlies captain pulled him aside and taught him how to skate, and ever since then Cyle had a passion for hockey,” Autumn said.

All of the proceeds from the game and a raffle with donated items, like an autographed Derrick Favors jersey, went toward paying for funeral expenses. It’s a gesture that was appreciated by Cyle's family.

“It makes us feel good, he was loved,” VanKomen said.

But even though the game took everyone's mind off of Cyle's tragic death for a time, thoughts about him are never far from the surface.

“It’s been harder than you know,” VanKomen said. “We miss him."

And so does every member of the Beaver hockey team.

VanKomen's family describes his murder as an "absolute shock." Police say they have not yet made any arrests in the case.