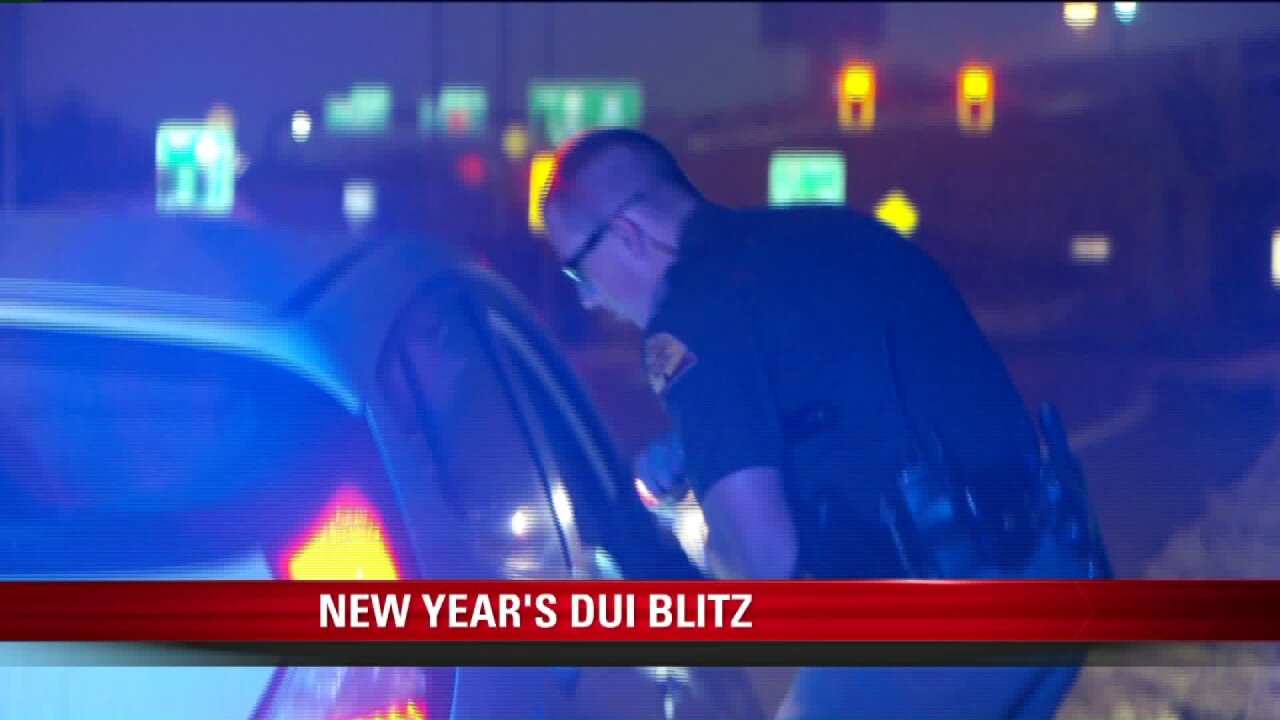 UHP trooper, Evan Kirby, says there were 16 DUI arrests made in Salt Lake County during the blitz.

The Highway Patrol had troopers working overtime in an effort to keep the roads and freeways safe.

"Overall we have probably, roughly twenty extra guys out on the road tonight just in Salt Lake County helping with calls, looking for people driving impaired, trying to get impaired people off the roads and help everyone else get home to their families safely," said UHP trooper Mark Myer.

Driving under the influence is 100% preventable, the UHP stresses, and anyone who drinks should have a designated driver, or call a taxi or Uber.

That's because drunk drivers are a threat to themselves and everyone else who happens to cross paths with one.

That's the purpose of the DUI blitz.

"Every impaired driver we can remove from the road," said trooper Myer, "saves at least their life, and probably more."