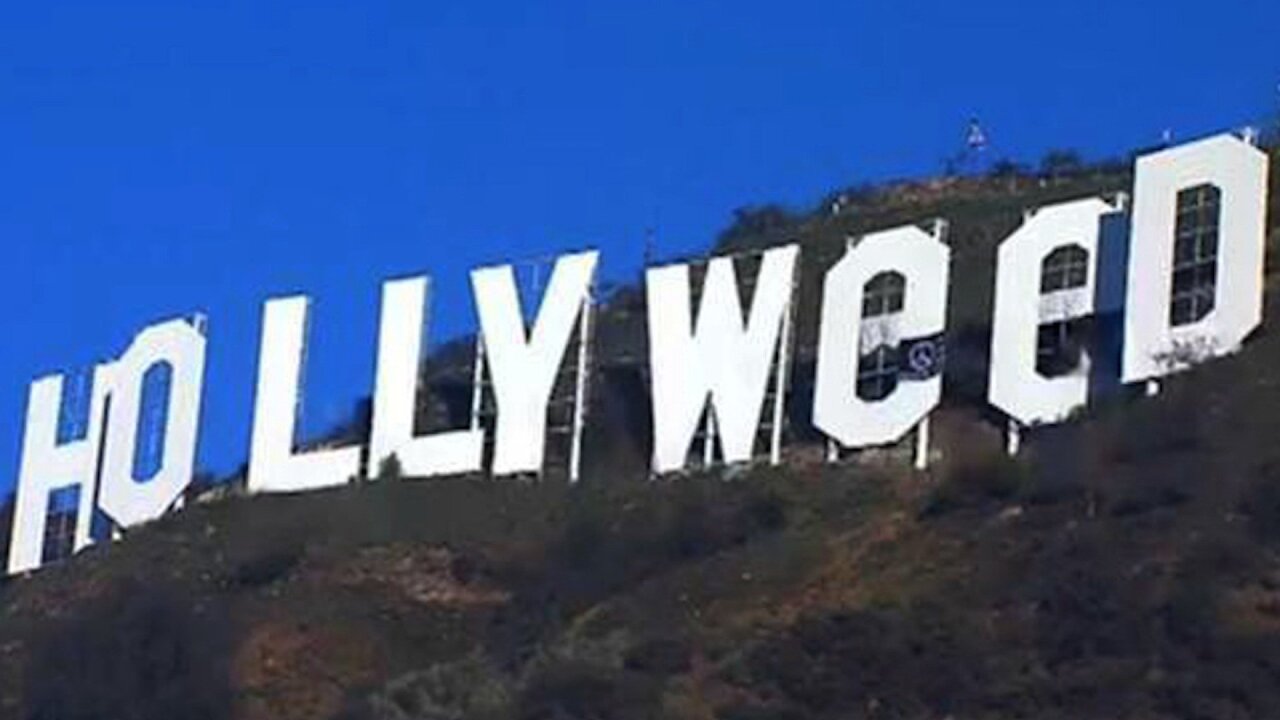 (CNN) — The Hollywood sign got a little green over New Years.

The vandal — probably a man — used tarps to change the O’s in the sign to E’s, he said.

The vandal was caught on security-camera footage between midnight and 2 a.m. local time, but police can’t tell his race or height because it was dark and raining, Garcia said.

The “Hollyweed” sign remained up until around 2 p.m. eastern time, when authorities took down the tarps used to change the lettering.

Estevan Montemayor, a spokesman for LA City Councilman David Ryu, whose district includes the Hollywood sign, had earlier promised that the iconic sign would be restored to its normal state.

“We don’t know who did it but park rangers are going up there very soon to take down the draping that was put on top of the ‘O’ to alter the sign,” Montemayor said Sunday morning.

There are sensors at the sign that trigger an alarm for police, but because the sensors are only in certain areas of the letters, it’s possible to avoid them. There’s a road accessible to the public by foot and car behind the sign.

“We believe this person came from behind the sign,” Garcia said.

Betsy Isroelit with the Hollywood Sign Trust told CNN that the last time the sign was vandalized to read “Hollyweed” was in 1976.

Vandals have altered the sign several times over the years.

Californians voted last month to make recreational use of marijuana legal statewide for those 21 and over.