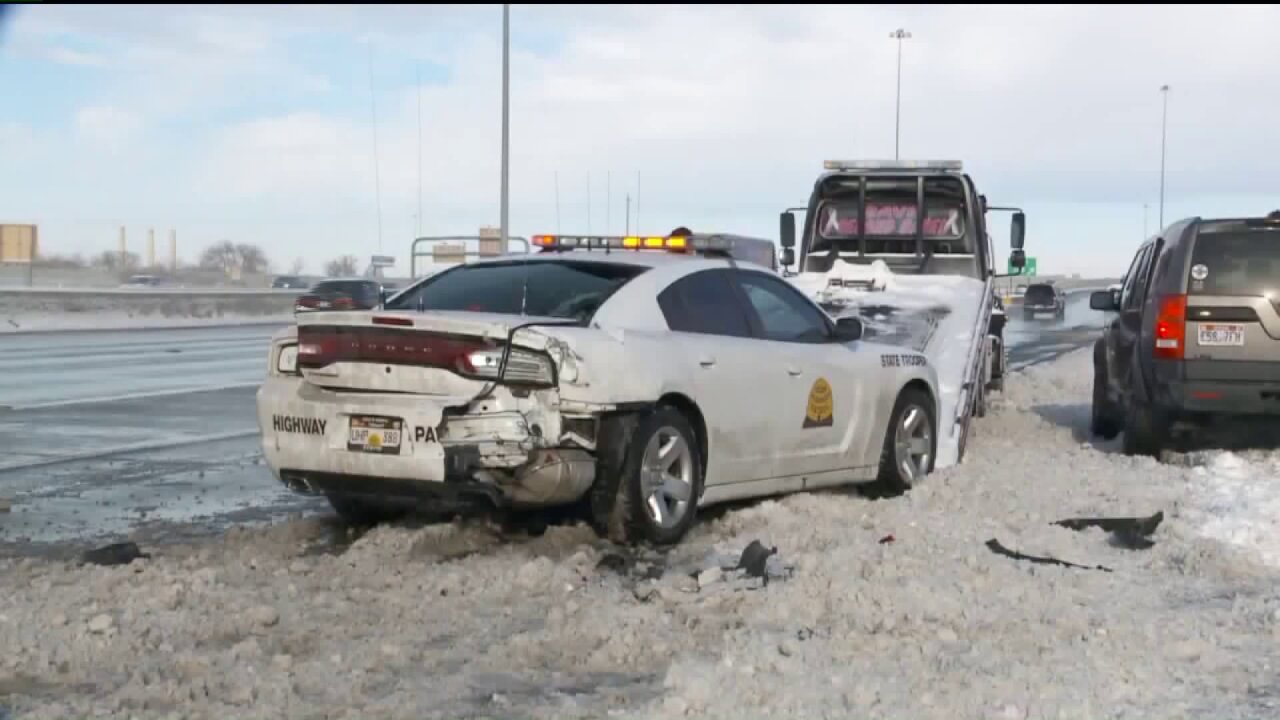 The first one happened near I-15 North at the I-80 Westbound entrance ramp.

“When the speeds are too high, we’re seeing a crazy amount of crashes,” said Sgt. Chad Hecker, a spokesman for UHP.

Hecker said the biggest problem starts once the snow starts to melt.

“Drivers get a false sense of security and start to speed up,” he added, saying drivers aren’t ready for what’s coming up around the next curve.

Another crash happened Monday afternoon, when a trooper was helping to block traffic on I-15 in Provo. Cameras maintained by the Utah Department of Transportation captured three cars driving at unsafe speeds as they barreled into view of the camera.  The footage shows one trooper running toward the median as the three cars speed by. Two of those cars smashed into the backside of the trooper's patrol car.

“The snow fell a little harder than we anticipated,” said Zach Whitney, a spokesman for UDOT.

Whitney said UDOT plow crews expected the storm to leave high levels of snow in Utah County, but not as much in Salt Lake County.

“It was worse than we expected,” he added. “Unfortunately, we scramble and have to make do with what we have and we do our best.”

Whitney said UDOT doesn’t expect to see the same road conditions for Tuesday morning. However, crews are preparing for heavy snow and ice conditions on Wednesday and Thursday mornings.