Another child gets stuck on ski lift at resort 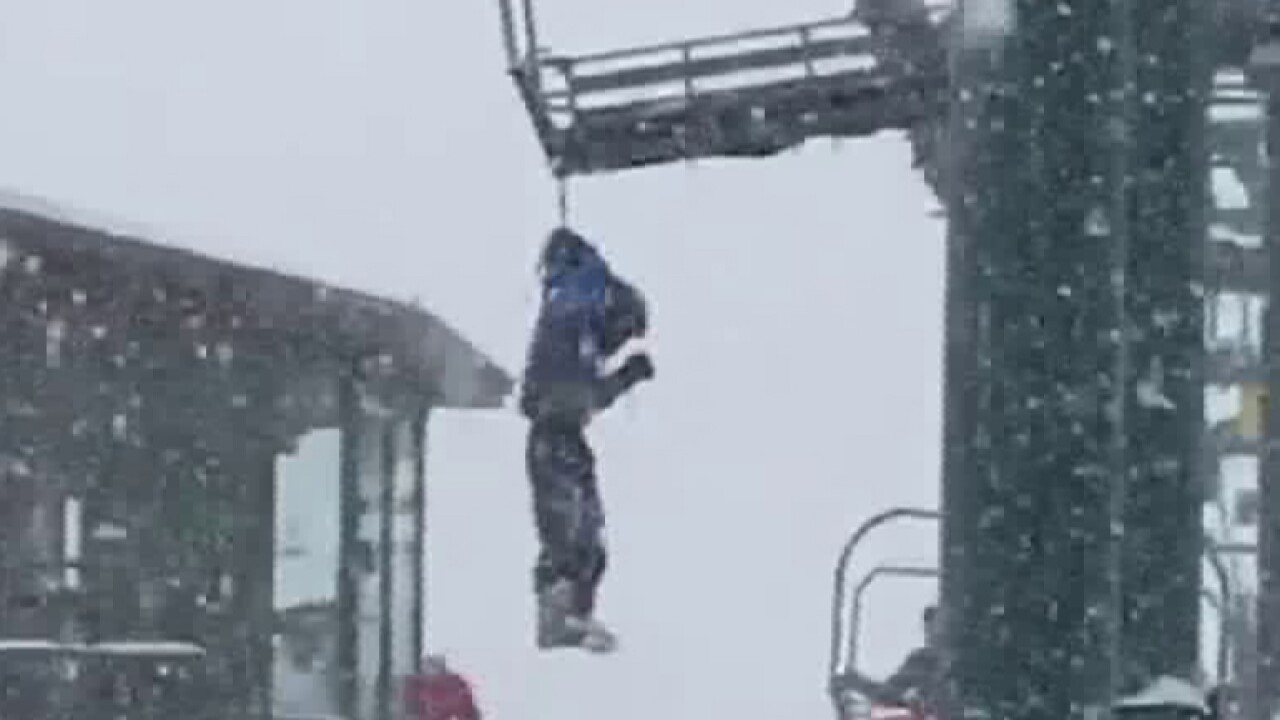 SUNDANCE, Utah — Last month, a boy skiing at Sundance Resort went through a terrifying ordeal as his backpack got stuck on a ski lift, leaving him dangling in the air.

On Monday, a similar scenario at Sundance Resort played out again. Video shows the boy hanging by a single strap of his backpack

Clint Ashmead was only a couple chairs down the lift when it happened. He said he was worried the boy was going to fall or be choked by his back pack.

Crews immediately stopped the lift and ski patrol went into action. They grabbed a ladder and pulled him back up on the chair to safety.

Ashmead said the boy was calm and he kicked off his skis and dropped his poles right away.

While this marks the second time in a matter of weeks a child has dangled from a lift at Sundance Resort, Ashmead said the resort isn't to blame.

"I don't see a correlation in the two incidences. I really don't, other than the lack of education and awareness of the skier or the boarder," Ashmead said.

Sundance Resort officials told FOX 13 they strongly communicate to every guest not to wear a backpack on the chair lift. Guests who do have backpacks are asked to wear it in front of them so it can't get caught.