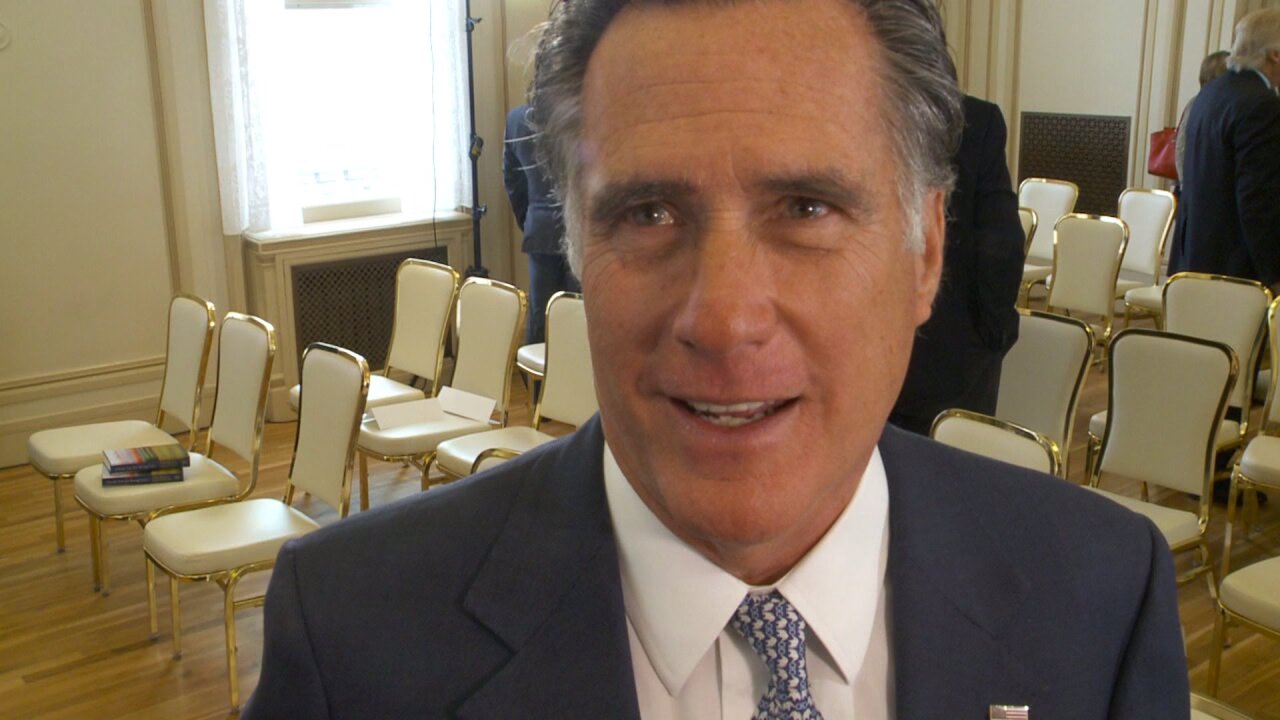 Friedman was up front to talk about his new book, with Romney up front because, no matter where he is in Utah, he's going to be the focus of attention anyway.

Friedman's book, "Thank You for Being Late: an Optimist's Guide to Thriving in the Age of Accelerations," presents a world that is changing at an unprecedented pace, demanding adaptability to thrive.

Romney resonates with that primary thesis, even on a national level.

"We want the kind of leadership that is open to the world. We want to exchange ideas, because that's the only way we're going to be the leader of the 21st century," Romney said, in a statement that could be a clue as to why he was not offered the position of Secretary of State by the isolationist president-elect.

While Friedman and Romney agree in broad terms, Friedman prescribes a social safety net for people who can't keep up in an accelerated economy, including a single payer health system.