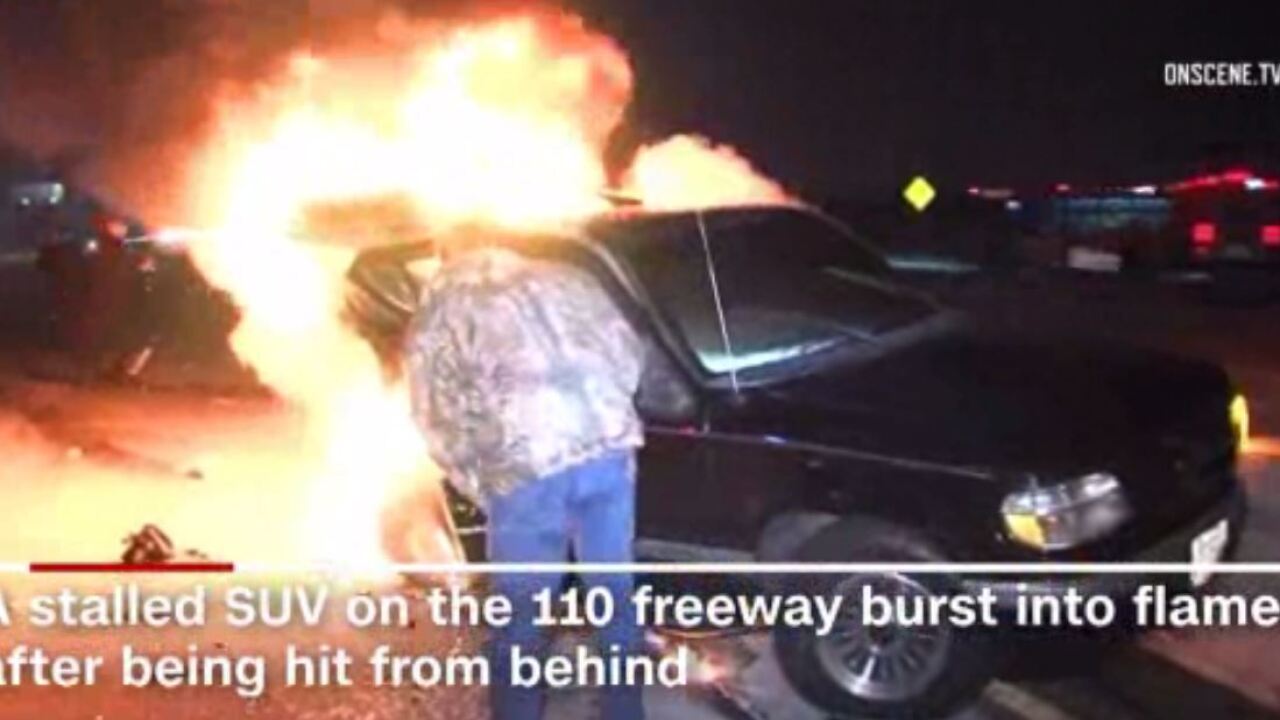 An LA photojournalist captured a fiery car crash on video. Then he dropped his camera and saved the driver from the wreckage. – CNN

Then he dropped his camera and saved the driver from the wreckage.

The incident happened early Sunday morning on the 110 Freeway in southern California.

In the video you can see one vehicle hitting a stalled SUV from behind.

The SUV then bursts into flames.

Moments later a photojournalist from RMG News arrived and pulled someone out of the burning vehicle.

The victim was went to the hospital in critical condition.