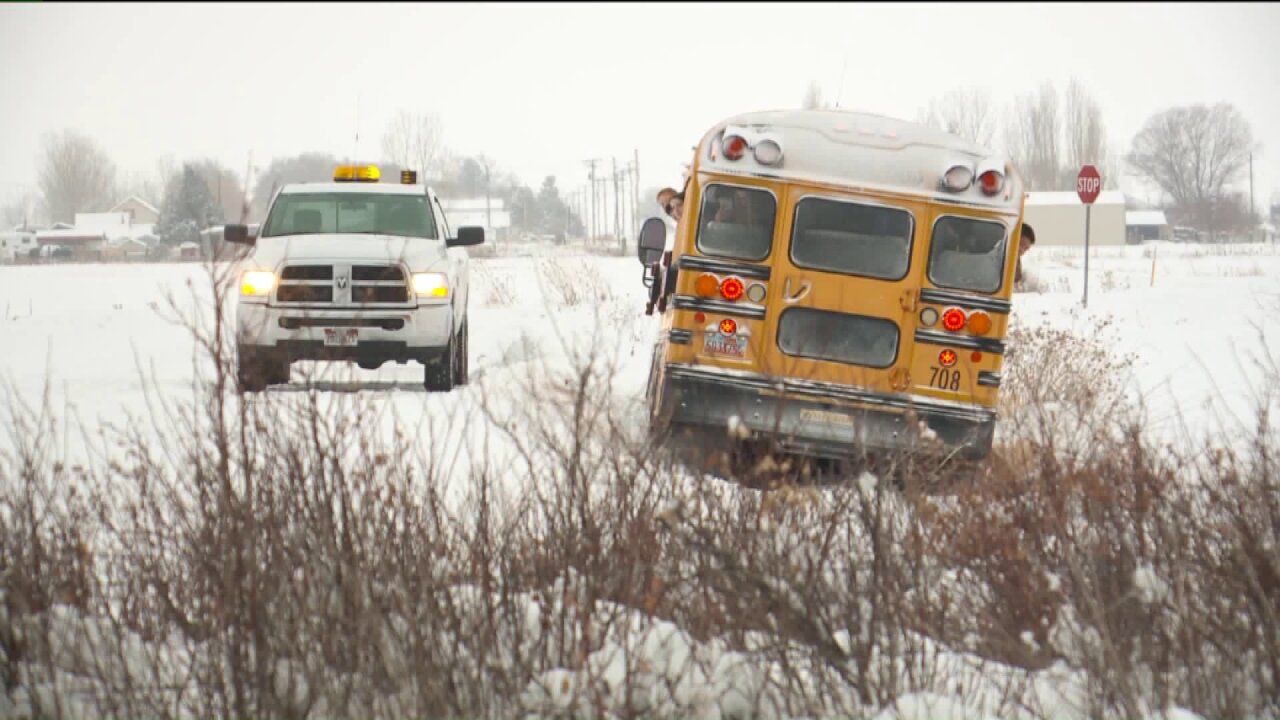 NORTHERN UTAH – Troopers in the Salt Lake Valley got a slight break from winter-related traffic incidents Wednesday, but it was a different story a little farther north.

“It seems like our biggest problem right now at this minute is Box Elder, north to the Idaho state line,” said Sgt. Todd Royce of the Utah Highway Patrol. “We have some snow packed roads up there. We are going to pull out some extra troops, they are working. We are not falling behind by any means, but it is pretty steady."

There was also a school bus that slid off the road. Fortunately, no one was injured in that incident. The winter weather is definitely a factor in these crashes, but troopers say drivers, particularly those driving larger vehicles like semis, also need to be using common sense when it comes to their speed and driving habits during these winter episodes.

And Sgt. Royce says this should be a warning to those who live in the Salt Lake Valley and may be heading north soon.

"Even though you are leaving your house and it could just be wet, if you are going up over one of the mountain passes you are definitely going to run into some snow up there, and then it will gradually hit the valley floor tonight, and as that cold front comes through and it gets colder, you definitely need to watch out for black ice,” Royce said.

Meanwhile, the number of weather-related crashes in the Salt Lake Valley has gone down considerably in the past 24 hours.

"So for now we are, at least along the Wasatch Front, kind of in a lull, we're getting our crews back home, getting them some sleep and getting them ready for the next go-round,” Royce said.

A winter storm warning for portions of Utah is in effect through Thursday morning.