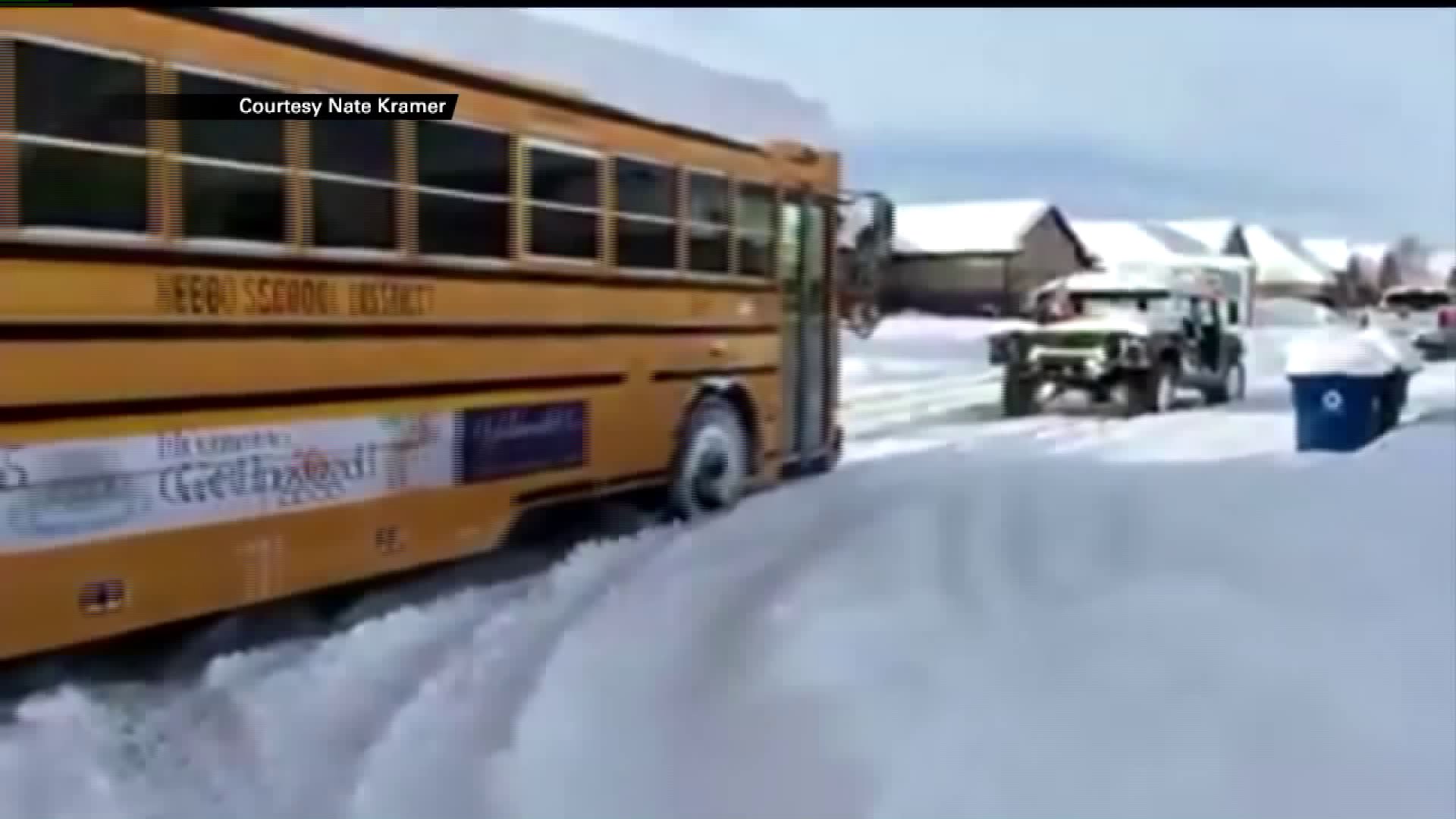 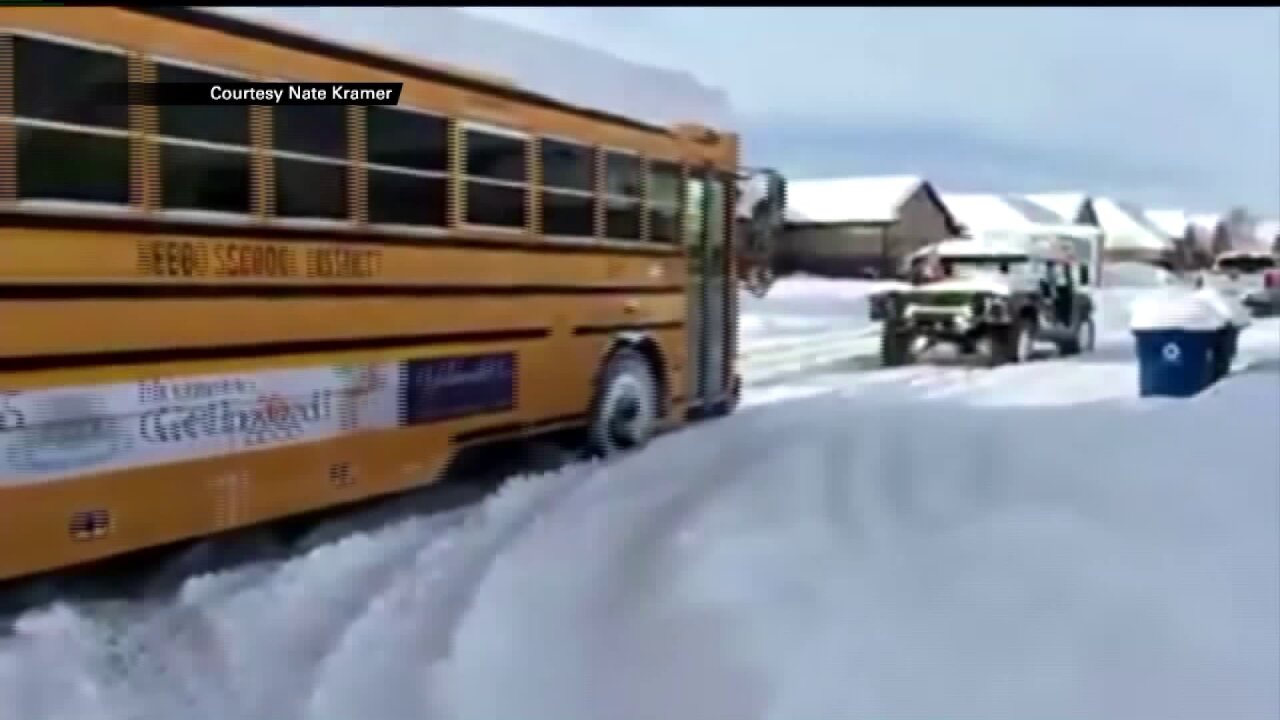 SPRINGVILLE, Utah -- When John and Nathan Kramer woke up Tuesday morning, they knew they weren't going to be selling a lot of cars at their dealership, Driven Auto Sales in Springville.

"Early that morning we thought, there’s no use coming to work because there’s so much snow, so we thought, lets go out and clean some walks," John Kramer said.

However, when the Kramers go out, they ride in a military Humvee, which they refer to as "The General".

"Oh it's awesome," Kramer said. "Makes you want to be in it all the time, even though there are no doors and it's freezing, but the sensation of being able to go wherever you want is pretty fun."

On Tuesday, The General really came in handy when they stumbled upon a stranded school bus.

"He had slid into the bank and was stuck, and a bunch of people were trying to dig him out," Kramer said.

The Nebo School District didn't cancel school Tuesday, so the Kramer boys knew it was important to get the bus back on the road.

"We told him just give it gas when we go, and we pulled him out," Kramer said.

Just like that, the bus was headed to school. The Kramers were happy, but the kids on the bus weren't nearly as excited.

"They were all cheering that we were able to get them out of the snow, but we just joke that now they had to go to school," Kramer said.

After seeing their Humvee in action, they headed out again Thursday morning to see if they could help out some more.

"Even though today we got a lot of snow, we got more that day, and it was to the point that most people didn’t know what to do," Kramer said.

However, the Kramers say this is just what people in this community do when a snowstorm hits.

"There’s a lot of people out helping, and we're just one of those that happen to have a Humvee that could pull out a bus," Kramer said.