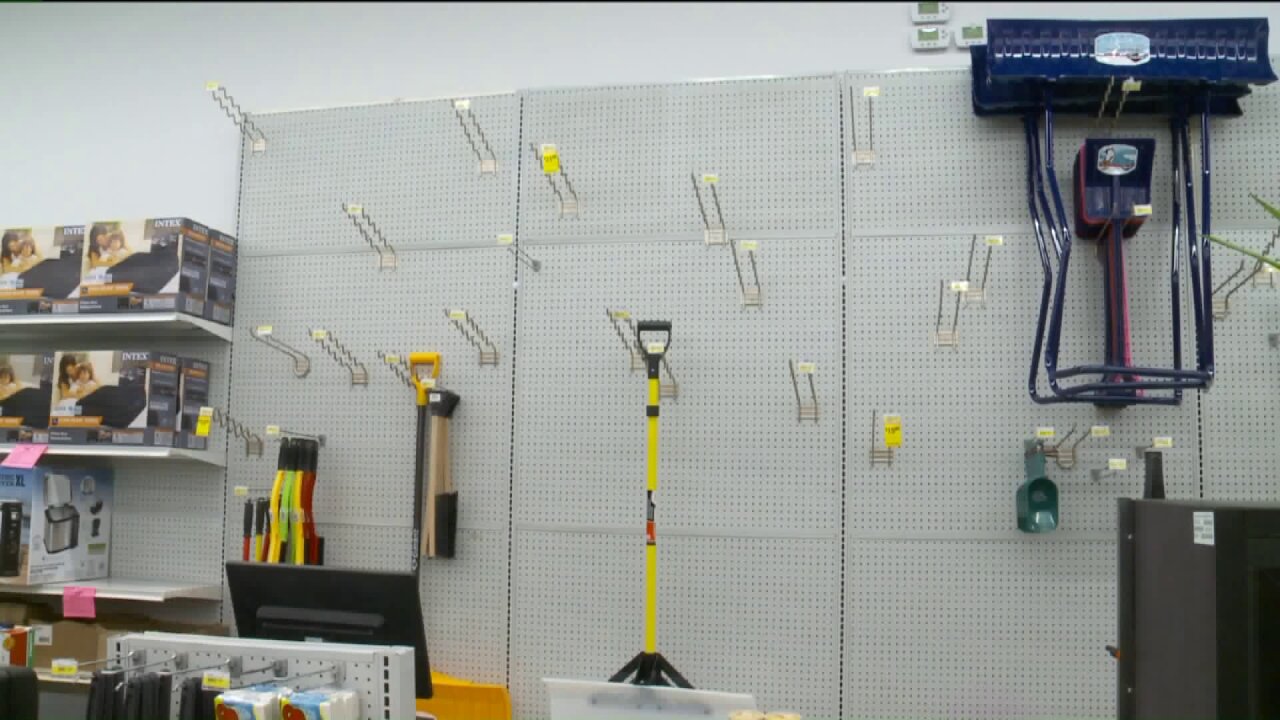 SALT LAKE CITY – As Utahns dig themselves out of the snow, local businesses are trying to keep up with the demand for supplies to remove snow.

Shoveling snow from driveways can be a pain for a lot of folks, and sometimes it seems like it’s never ending. But, the latest round of storms has been good news for retailers.

Olga Kononova has cleared the snow from her Salt Lake City driveway.

“I’ve been out here for a little under an hour, not too long, but I still have all those stairs to go," she said. "Probably be another half-hour at least.”

This is the third time this week she’s been digging out from the snow. She’s armed with the right equipment.

“This is our first shovel of the season," Kononova said. "We’re doing pretty good. It’s really important to get one with a nice, strong metal edge."

The snow removal tool is hard to find at places like Ace Hardware in Salt Lake City. Managers say shovels have been flying off the shelves since Monday.

“It’s been wild,” said Kevin Buckner, manager of Ace Hardware. “We’re tracking in the next couple of weeks we’ll have sold 1,000 shovels.”

Ace Hardware planned on re-stocking shelves today, but the delivery from Denver ran into some trouble.

“Our truck was supposed to be here this morning," Buckner said. "It got caught in snow."

“We got 4 pallets yesterday, and we’re down I think two pallets," Buckner said. "We’ve got another 6 pallets of ecomelt coming tomorrow."

Other hot sellers include snow sleds and gloves.

Until Mother Nature gives them a break, managers will try their best to keep up with demand.

“All the Ace stores throughout the area can all replenish really quickly," Buckner said.