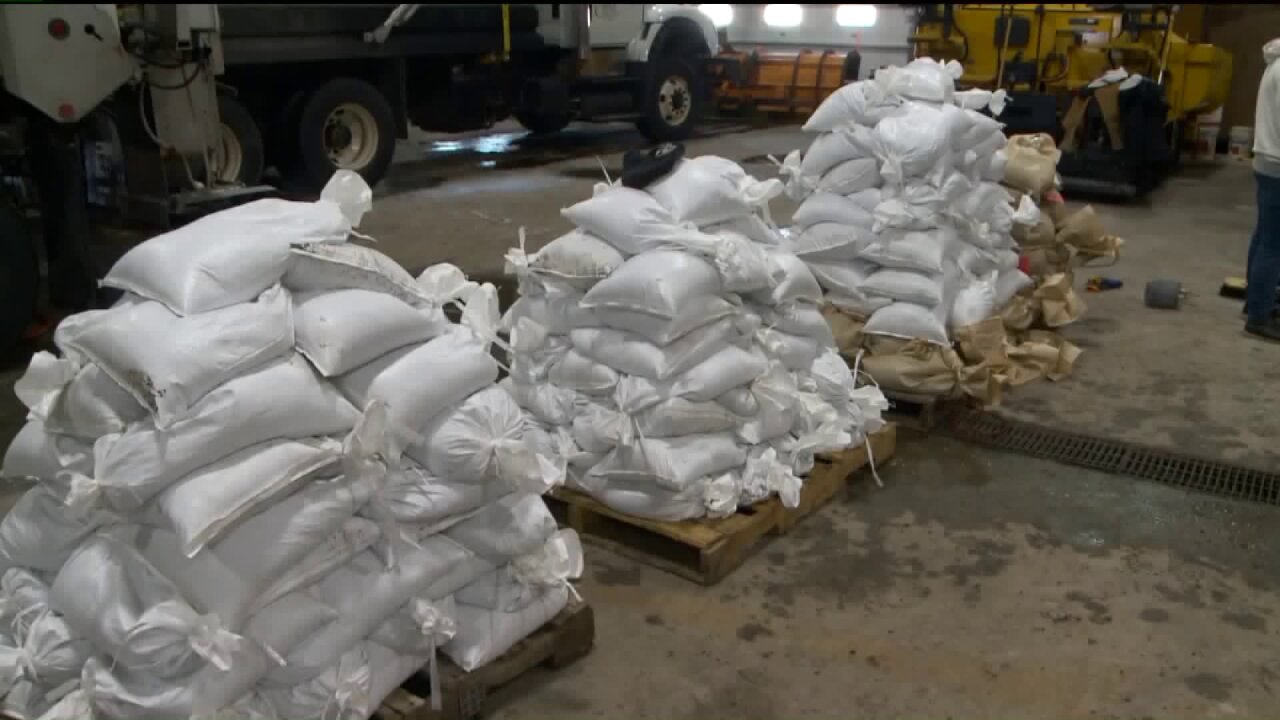 "There’s a possibility of an inch in a 12-hour period," Bilodeau said.

With the potential of that much rain, the county is loading up sandbags and telling neighbors in areas that have flooded in the past to get ready.

"Make sure they have extensions on their downspouts," Bilodeau said. "If they’ve got a sump pump, make sure the back-up batteries are good. Test the sump pump. Pour a gallon or two of water in the sump tank and make sure it kicks on and is doing what it's supposed to."

One of those flood prone areas is the small town of Menden, where Heidi Hyatt lives with her family.

"Water will come, and it means some snow will melt, and we will get some water in our yard," Hyatt said.

However, right now with negative temperatures and feet of snow, Hyatt has bigger fish to fry.

"We’ve just been thinking about getting the snow out of the way so we can get out of the driveway and staying warm enough," Hyatt said.

Despite the huge snowbanks in Cache County, deputies aren't worried about snow melt.

"We don’t anticipate the snow is going to melt rapidly with 40 degrees for a high," Bilodeau said. "The snow isn’t going to be as much an issue as the water running off of things."

"You know if your house floods and where it floods," Bilodeau said. "I know where mine does, and where I have problems. Go out and check them. Make sure it's clear. Make sure you’re ready."

They just want people to be aware and prepare the best they can.

"I think we’ll just have to take it one hour at a time and see what happens and see how bad the water gets and where it needs to go," Hyatt said.

Cache County doesn't plan on having any extra deputies on hand. They just plan on watching the flood prone areas closely on Sunday night and Monday morning and will bring in extra people as needed.

Logan City is making sandbags available to residents, see the tweet below for details about where to pick them up.

Potential Flooding over the weekend. Sandbags will be made available to Logan residents. Click graphic below for details. #loganutah pic.twitter.com/bg4C0XfA9K