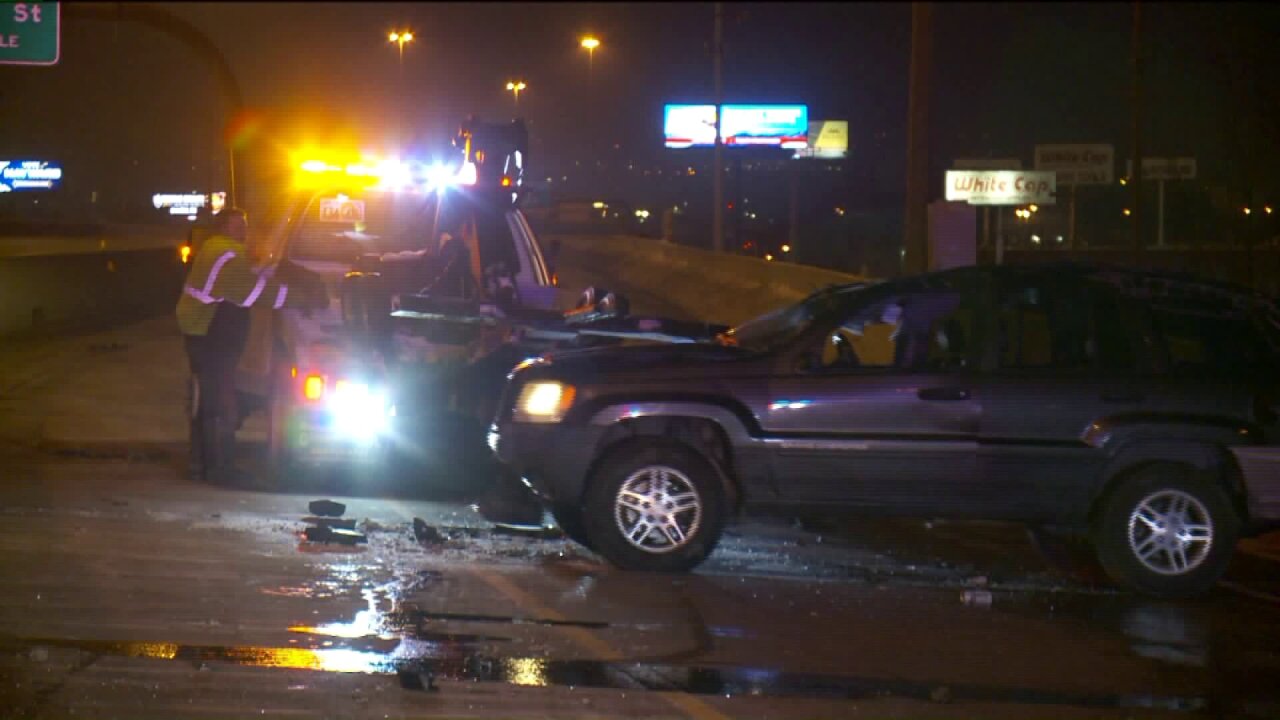 SOUTH SALT LAKE, Utah - Instead of receiving a misdemeanor DUI charge, a man is facing several felonies and recovering from some injuries.

South Salt Lake police Sgt., Darren Carr says officers were called to a report of a "problem customer" at the Southern Exposure nightclub shortly after 1 a.m.

By the time officers arrived the suspect, later identified as 41-year-old Enos Slivers of Salt Lake City, had left the bar.

An officer spotted a car that matched the description getting on northbound I-15 at 3300 south. He made a stop, and said Slivers appeared to be highly intoxicated.

The officer put the keys on the car's hood, and took the man's ID back to his patrol car to run a background check.

"He was asking for another unit to come up and back him, he was preparing to do a DUI, when the driver got the keys, started up the car, and drove off," Sgt. Darren Carr said.

The officer had the suspect's driver's license, so rather than follow the car, officers went to the address on the license.

"Well, they're highly intoxicated and don't make the best decisions," Sgt. Darren Carr said, "... and maybe he didn't even realize he had given him his ID, who knows?"

Officers spotted the suspect's car near his home, but the suspect must have noticed the officers as well.

"Just around the corner on I-80, the gentleman lost control of his car, rolled the car, and apparently felt good enough to get out and flee, and went down towards the 300 west area," Sgt. Darren Carr said.

The winter weather proved to be an aid for pursuing officers.

Officers found the suspect walking along the Trax line at Haven Avenue and 200 west.

"He, I think, ran out of gas and he was pretty torn up from both the accident and climbing over a couple of fences," Sgt. Carr said, "His clothes were ripped, his hands were all torn up from going over some barbed wire, so he was starting to feel the effects."

Beyond the DUI charge, which is a misdemeanor, Sliver also faces felony charges including fleeing and failure to stop at the command of a police officer.