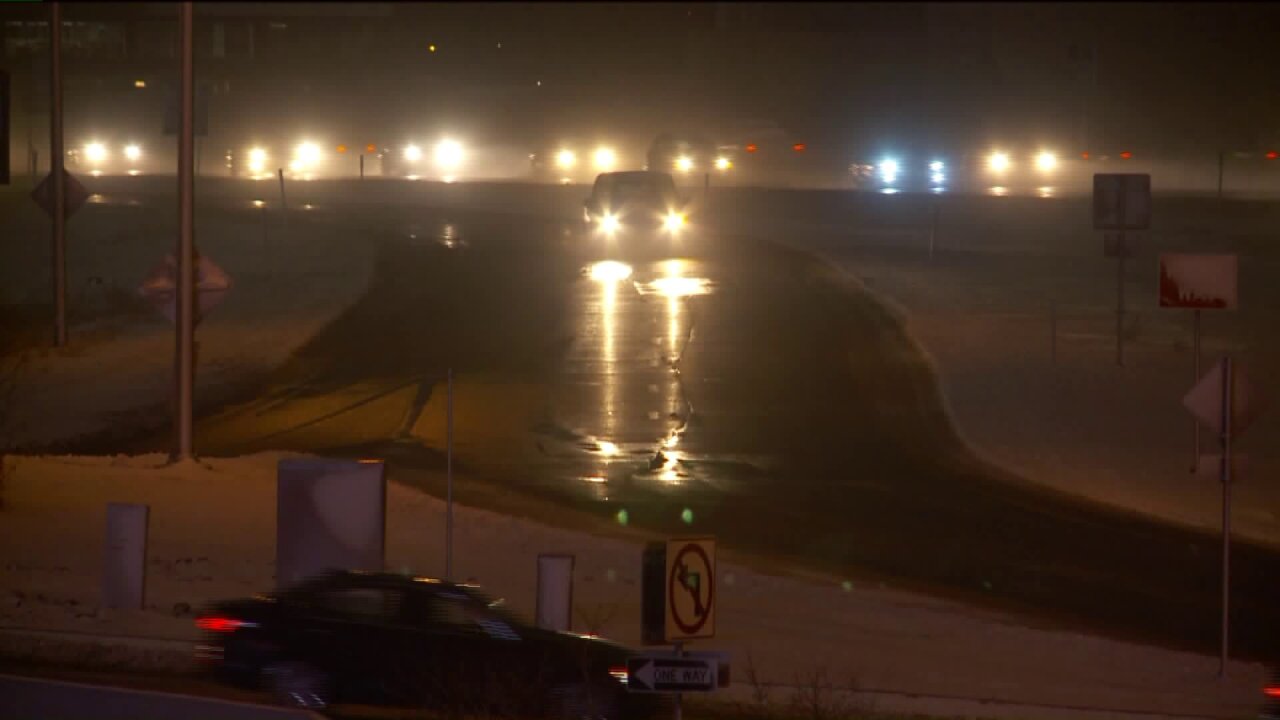 THE WASATCH FRONT -- Utahns may be used to dealing with the snow this winter, but the Utah Department of Transportation says this next storm will include something we haven’t seen a lot of yet this season.

UDOT crews were out Saturday night and planned to sweep the roads overnight, and they will put down salt and brine ahead of the storm set to move in over the weekend.

“Our crews are working very hard right now on clearing some of the shoulders, they’ve had a lot of ice and snow build up,” said John Gleason, a UDOT spokesman. “So we’re working on that, doing a lot of pre-treatments.”

He said it’s not the snow they’re necessarily preparing for.

“The real threat comes in the overnight hours when we’re going to see all of the snow change to hard, freezing rain,” he said.

And with that, comes black ice. Gleason advised drivers to be prepared and slow down.

Meanwhile, you might also want to keep an eye on your home.

He is talking about ice dams. He said a layer of ice forms at the eaves when snow melts on the roof and slides down the eaves, then freezes again.

“You look at the edge, and the water backs up. You can see the edge builds up.” he said. “I've seen them build up 3-feet before.”

He said it can lead to issues like a leaking roof, and it can only be cleared by a professional. They can’t chip the ice away, because it could end up taking pieces of the roof with it, he explained. Instead, roofers lay heating coils across the eaves to melt the ice.

When you look at your roof, and if you see two to three inches of an ice dam, Schroff said it’s not time to worry yet.

“If they're 6-inches tall, you should do something about them,” he said.

He added that, right now, most homes should be fine. It’s really about what will happen in the coming days and weeks. He said problems can start when the temperatures warm up, then freeze again.

One last problem he said to look out for—too much snow stacking up on your roof.

“You’ve got to watch how deep the snow is,” he said. “If it gets real deep, you're going to have to have it shoveled because it’ll be too much weight on the roof.”

That, he indicated, is also best left to the pros because it’s dangerous to navigate rooftops in these conditions.