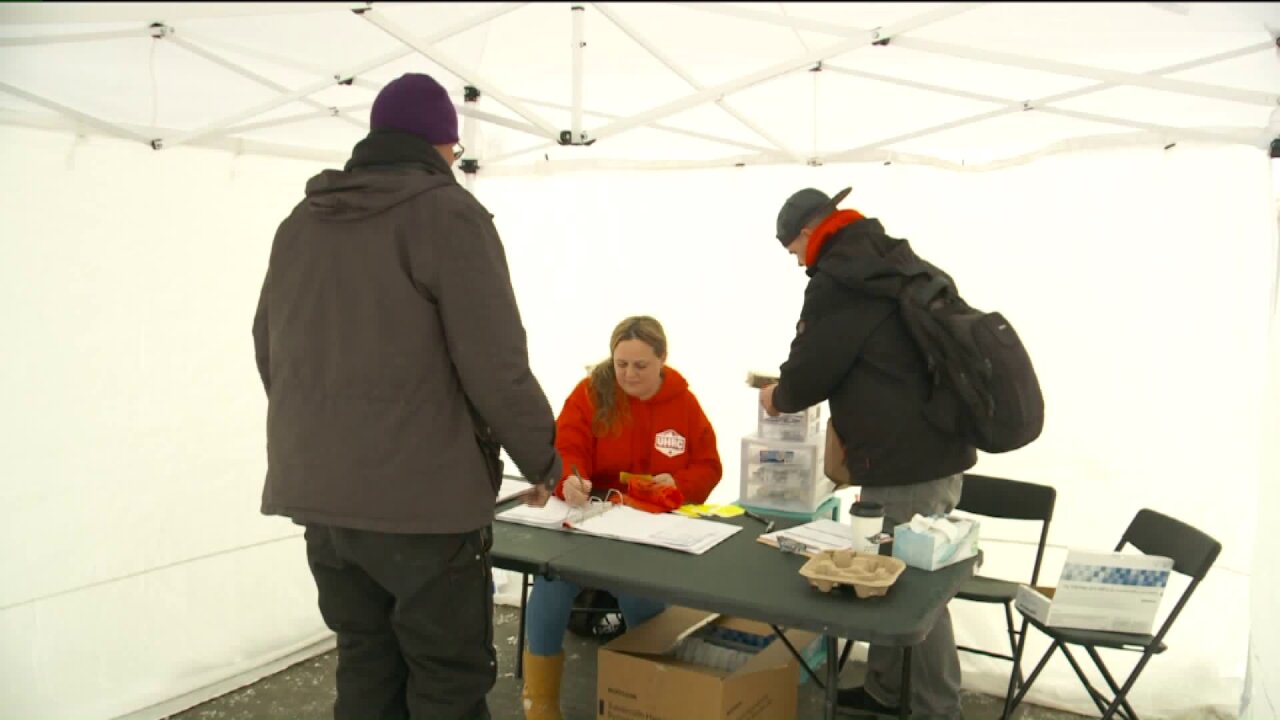 SALT LAKE CITY -- There are around 600 opioid overdose deaths in Utah every year, which is the fourth highest rate in the nation, and a needle exchange program is helping addicts by limiting the spread of diseases like HIV and hepatitis C.

Mindy Vincent is a licensed clinical social worker who used to abuse drugs, so her counseling is grounded in personal experience. These days Vincent is the Executive Director for the Utah Harm Reduction Coalition.

"We can wish that addiction will go away all day long, but it doesn't mean that it's going to,” she said.

The ultimate goal of the coalition, which runs a needle exchange program, is to get addicts off drugs. But Vincent says she knows not all addicts will make the choice to get clean.

"Not everybody wants to get sober, it doesn't mean they deserve to be sick and diseased in the meantime,” she said.

The main goal of the needle exchange program is to prevent the spread of diseases linked to drug use, like HIV and hepatitis C.

It takes about 2 hours to exchange 1,600 new needles for dirty ones. The bill that allows for such programs was sponsored by Utah Representative Steve Eliason, a Republican representing Sandy.

“The needle exchange program that we did in Utah is different than in a lot of other states because it has an emphasis on getting people into treatment,” Eliason said.

Every time an addict exchanges a needle, they're told about rehabilitation and disease-testing options as well as how to get the drug naloxone, which can reverse the effects of an overdose.

Eliason said it makes fiscal sense to support these efforts because many addicts are on Medicaid.

"To treat hepatitis C costs $80,000, it's taxpayer money, so not only do I think it's the fiscally responsible thing to do, but from a humanitarian perspective, these types of programs have been proven to reduce the transmission of serious diseases,” Eliason said.

Eliason said the legislation allowing needle exchanges to operate did not attach taxpayer funds to the effort, and that private sector donations and non-profit groups have funded the exchange. But besides the Health Department providing 360,000 syringes, Vincent says they aren’t getting much help.

"We haven't gotten any money from the private sector at all, and we're the only non-profit that I know of that has registered and has been out here doing syringe exchange,” she said.

Along with syringes, Vincent and her coalition hand out sanitary wipes to clean the skin and "cookers" to heat the drugs.

Local health departments are looking for ways to help fund the exchange, and Vincent says there are plans to expand the program to Weber and Utah counties.

Rep. Eliason will introduce a new bill to encourage doctors to talk to patients about the risks of substance abuse and refer them to treatment.

Visit the Utah Harm Reduction Coalition on Facebook for more on their efforts.