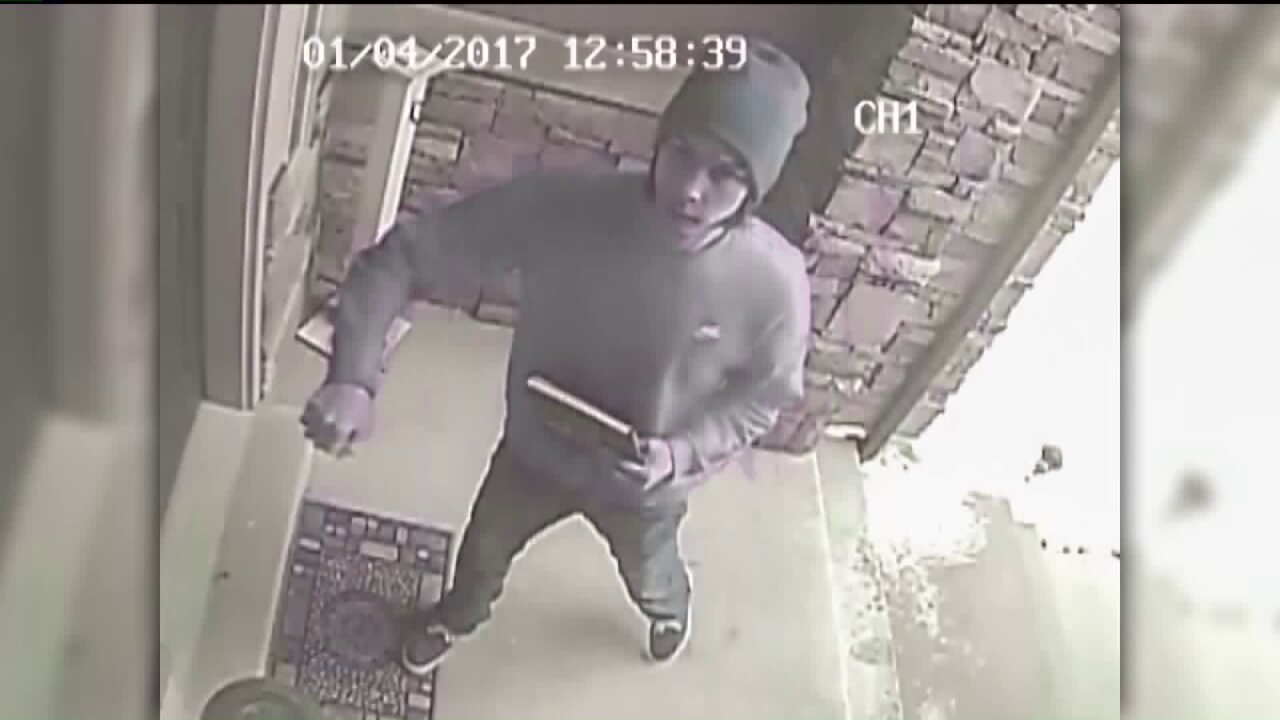 SALT LAKE COUNTY, Utah — It's the newest scam to hit the Salt Lake Valley, and so far no arrests have been made. Unified Police say people are going door to door pretending to sell solar panel systems. If no one answers, they break in, looking for jewelry and money.

About $1,000 worth of bracelets, necklaces and watches were stolen right out of Carrie Paulson's jewelry box inside her Herriman home on January 4.

"I'd pay to get those things back more than they are worth just because of sentimentality, and you can't replace that," said husband Brian Paulson.

The Paulsons feel even worse for their children.

"They took all my money, I was saving up for my quad copter," said nine-year-old Michael Paulson.

Piggy banks belonging to Michael and his six-year-old brother Brandon were swiped off a shelf in their parents' closet. They contained about $60 worth of birthday money.

"It's horrible, I don't know what they think they need the money for, but taking from kids is pretty low," said Carrie Paulson.

Home security video was taken of one of the alleged suspects ringing door bells.

"They didn't answer the door. That was a clue to them that no one was home and that was an opportunity for these burglars to break into the home," said Lt. Brian Lohrke of the Unified Police Dept.

In the security video, two suspects are seen going around to the back of the Paulson's home, where they entered through a basement window.

One week earlier, about six miles away in South Jordan, home security video appears to catch what looks like the same suspects at the home of Brent Williams.

Just like in Herriman, when no one answered the door, the suspects could be seen walking to the back of the house.

"He reached through the doggy door, and unlocked both of the locks, slid it open," said Williams.

Williams was able to use his security camera to watch the suspects on his phone. He immediately called a family friend, Tyson Mackay, to check things out.

"I could see the footprints going along the back of their home here," said Mackay.

Mackay actually saw the suspects fleeing the home through the back yard.

"I jumped these two fences and chased them south out to the road and they got away," said Mackay.

The suspects were seen driving a dark sedan.

"There are numerous people in our neighborhood that said, 'Hey, we saw that car driving around, bouncing house to house," Brian Paulson said.

These victims hope police can make an arrest before this crime spree turns violent.

"They might go into a house and there will be a gun in front of them, then everybody pays," said Williams.

Unified Police and South Jordan Police are working together on this case. They said they also have reason to believe these suspects have been in the areas of Riverton and West Jordan. Anyone with information that may help police catch the suspects is asked to call the Unified Police Department at (801) 743-7000 or South Jordan Police at 801-253-6300.