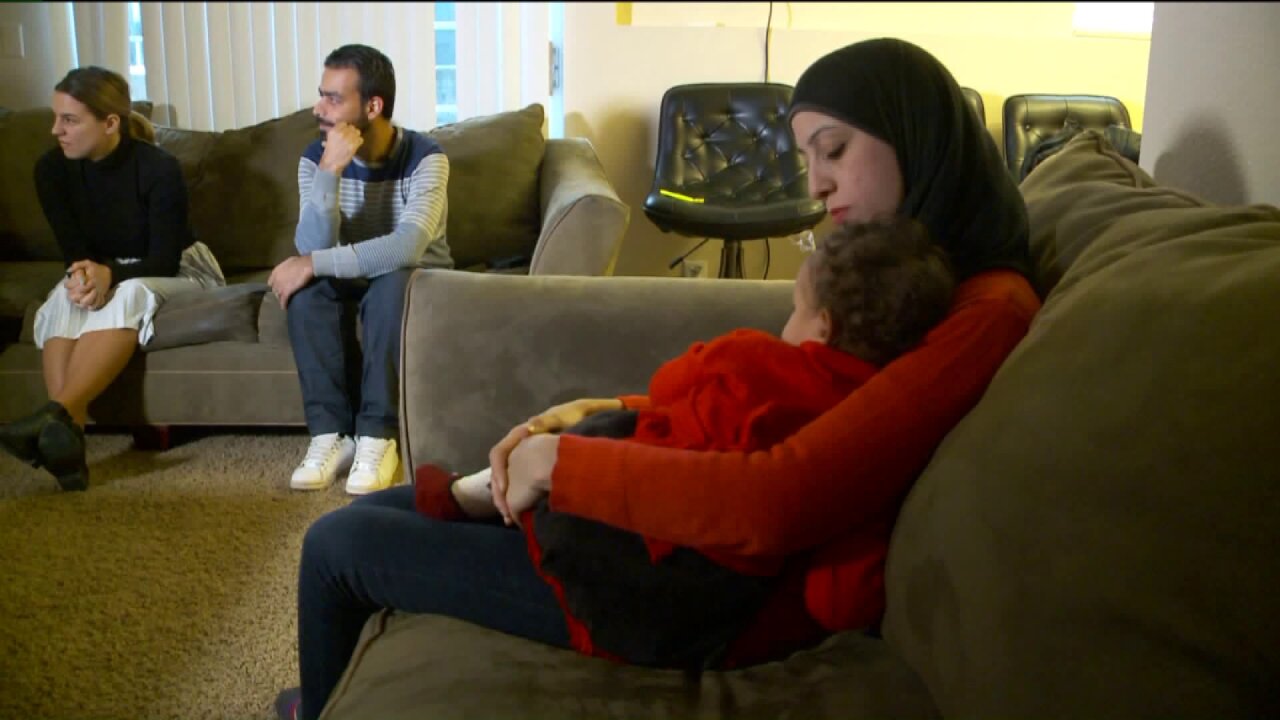 SALT LAKE CITY – The American dream is in reach for refugee families who resettle in the U.S. In Utah, the Catholic Community Services of Utah help turn that dream into a reality.

Speaking to Fox 13 through a translator, Rasha and her husband Ali said they didn’t know what to expect when they arrived at the Salt Lake International Airport two days before Christmas.

“We don't know the place. We don't know how to go to different place, and pretty much the language as well,” said Ali.

An ongoing civil war forced the young couple to leave their war-ravaged home near Damascus in 2013.

“The life in Syria is fear, scary, anxiety. Because I have a son, I do worry about him.  I worry about our life, what is going to happen in our future,” said Rasha.

After fleeing Syria, Rasha and Ali lived in Jordan, where they worked in IT and continued raising their family. There, they waited for the OK to leave for a better life.

“We want to get jobs in our field and succeed in America, the land of opportunity,” said Ali.

Thanks to Catholic Community Services of Utah, they’re able to call Utah home. Volunteers helped them find housing and employment. They’ll teach them how to shop for groceries, pay bills, and enroll kids in schools. They are one of about 15 families who have resettled in Utah since 2014.

“Right now, we have an apartment, friends, everything. We can go outside anytime we want. This is freedom for us,” said Rasha.

The family is embracing their new surroundings, playing in the snow and picking up on their new way of life. They’ll work hard to contribute to their new community, knowing there’s a good chance they may never see their families in Syria again.

“I wish one day that it's peaceful there,” said Ali.

Catholic Community Services manages refugee families for about two years. But say on average, most are on their feet by six months.