MURRAY, Utah — A micro burst of extreme weather, packing winds likely in excess of sixty-five miles per hour, sent more than a dozen trees to the ground in Murray on Monday afternoon.

"My neighbor behind me has got two on his house, so unfortunately I'm in a lot better spot than he is," said Wade Lambert, standing in front of his house with a fifty foot pine tree in the street.

The tree, which blocked 935 East Monday afternoon, had been on Lambert's property before it fell.

"I have never seen anything like this come through and I've been here sixteen years," said Lambert.

It may prove to have been a perfect storm of factors that sent the trees down.

"When I got up yesterday morning, I had eight inches of snow, so to have no snow left there's obviously a lot of water in the ground," said Alison Thomas. A tall pine tree on her property fell, smashing her neighbors carport.

Murray city sent crews to clear the street while Rocky Mountain Power worked to get the lights back.

No injuries have been reported, some noting it was fortunate it happened before most people got home from work.

"To have my house intact, I'm really grateful for that," said Alison Thomas. 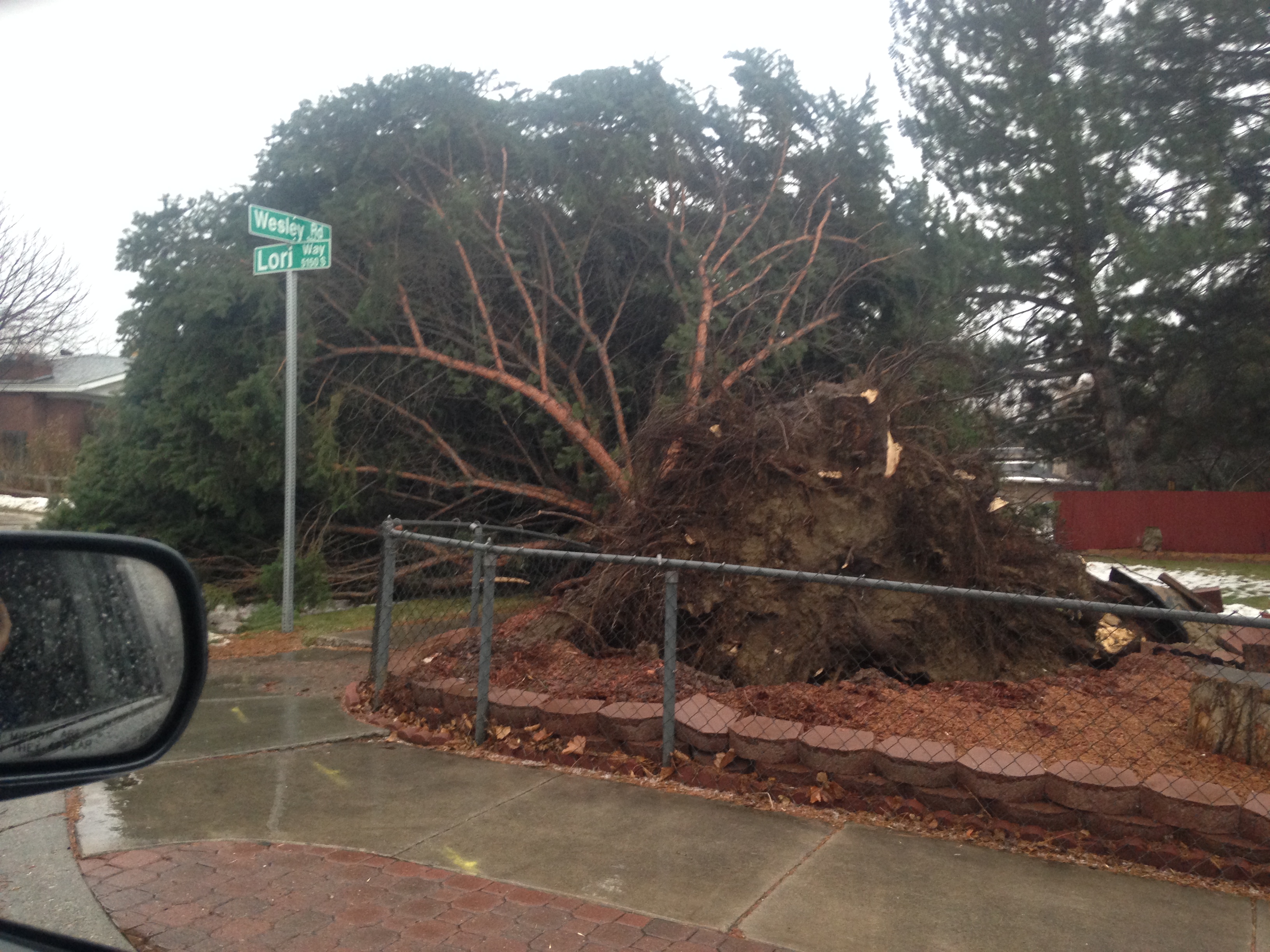