SALT LAKE CITY — It's a simple assignment that's getting a failing grade from parents.

“This one blew me out of the water. I couldn't believe some of the questions and guidelines. The whole premise of the assignment was ridiculous,” said Jenn Oxborrow, who has an 11th-grade daughter at Highland High School in Salt Lake City.

A paper for girls and a paper for boys were handed out to 11th graders in the required "adult roles and financial literacy class.” Jenn’s daughter was given the assignment Monday. (Scroll down for pictures.)

“She sent me a picture of it immediately when she got it and said 'I’m pretty frustrated with this. I’m upset. I think it's unfair and I’m worried about some of my classmates that might not identify with traditional gender roles',” said Jenn Oxborrow, a parent of one of the students.

Bullet point after bullet point, the assignment tells girls how to act on a required five-dollar date with a boy. The bullet points say things like "don't waste his money," "if you think you're fat keep it to yourself," "be feminine and lady like" and "don't correct his personal habits."

“It went too far. You shouldn't comment on his behaviors? But what if you need to? What if the behaviors are inappropriate?” Oxborrow said.

The paper for the boys tells them to say what you're going to order so she will have a guide in ordering. Jenn Oxborrow said the assignment is old-school thinking. Oxborrow contacted the district and the State Board of Education took action.

“We found it, we have deleted it from the website and are looking into how it got in there so we don't repeat the same mistake again,” said Mark Peterson, Public Relations Director, Utah State Board of Education.

The assignment was on a statewide website where teachers can download quizzes, lesson plans and assignments for use in their classes.

“We really don't have business whether or not boys and girls should be kissing on a date in a financial literacy class,” Peterson said.

Oxborrow said she is glad the assignment was taken down, but she's worried about students in the class - especially those attracted to the same sex.

“We're a state that has such a high rate of teen suicide and so many issues in regards to gender identity can cause depression for teenagers. I was really sad once I thought about it,” Oxborrow said.

Highland High's principal was not available for an interview, but the school district told FOX 13 when they spoke to the teacher she was mortified and regrets any harm she may have caused. 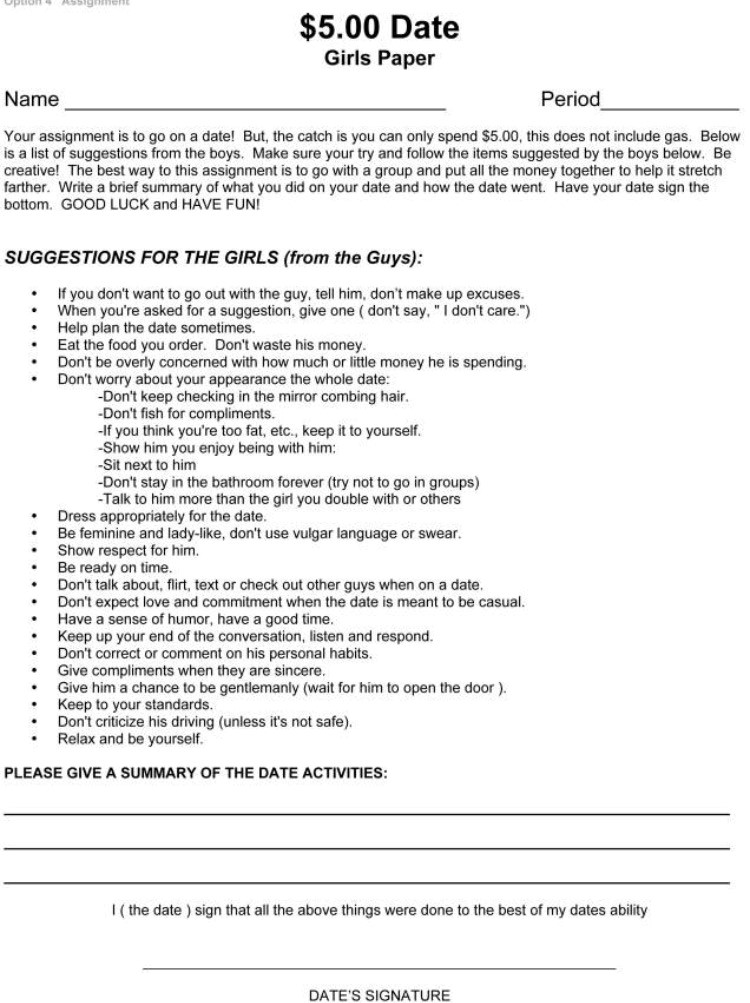