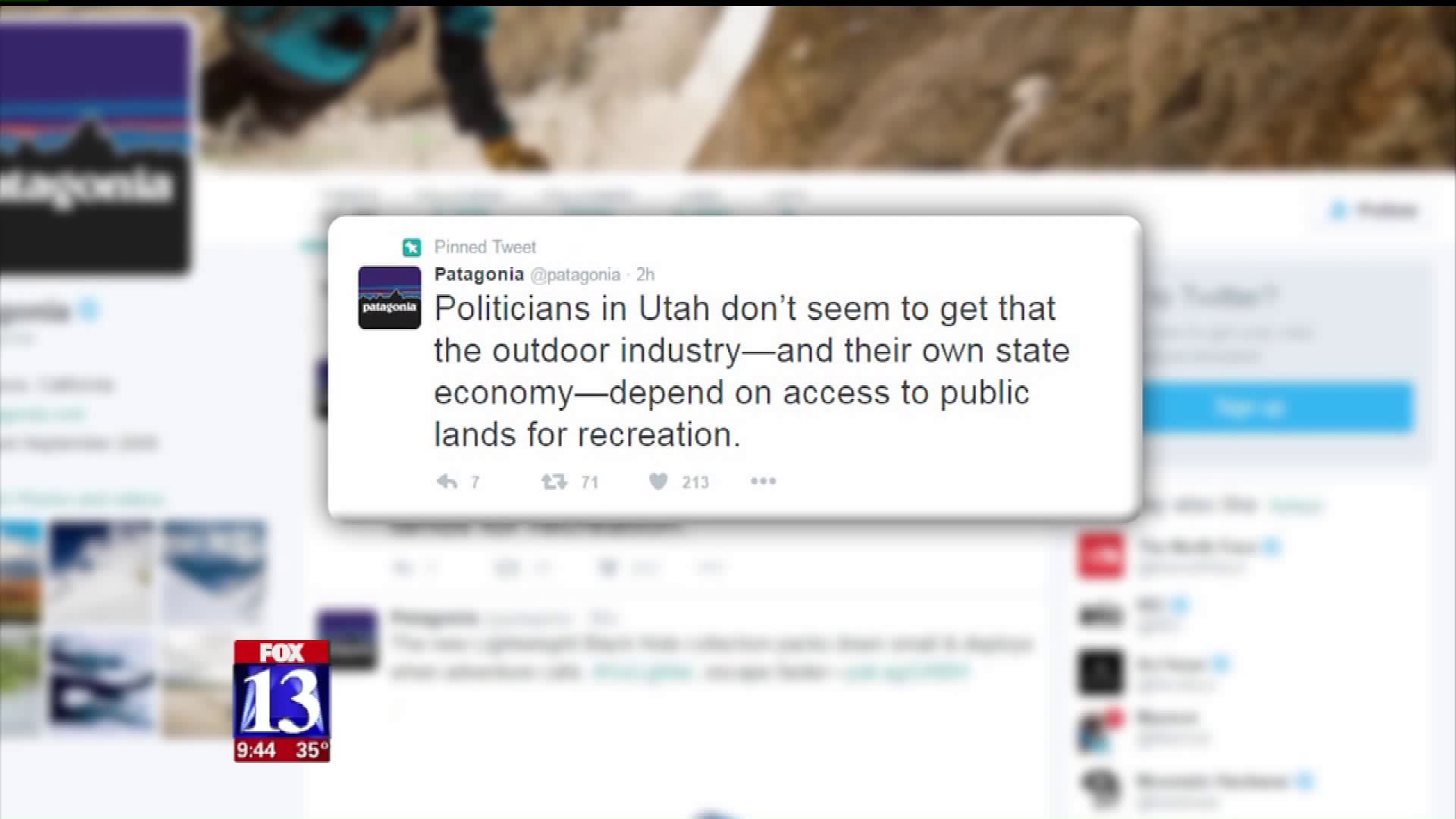 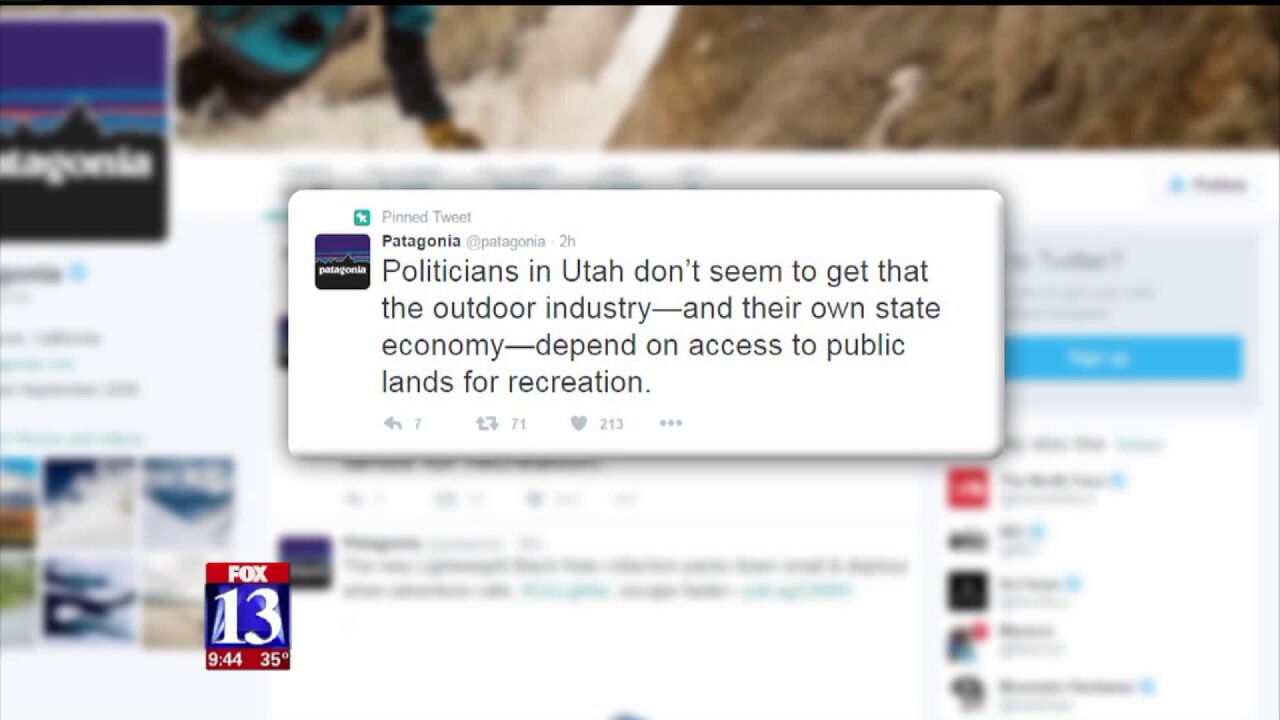 SALT LAKE CITY -- Earlier this week a company at the Outdoor Retailer show in Salt Lake City suggested the gathering should leave Utah.

Now a second major recreational company is threatening to pull out of the Outdoor Retailers Show, as an activism manager for Patagonia confirms.

“Absolutely, Patagonia is serious about pulling out in the future,” Activism Manager Ron Hunter said.

The company posted two tweets about the issue prior to Hunter’s statements.

“Politicians in Utah don’t seem to get that the outdoor industry—and their own state economy—depends on access to public lands for recreation.”

All of this is in reference to Utah lawmakers’ push to reverse the designation of Bears Ears National Monument. Utah Lt. Gov. Spencer Cox spoke in response to those concerns.

“The reason we live here is we have these incredible outdoors,” he said. “We want to protect it. Everyone wants to protect it. We have different ideas about how we should protect it, but that doesn’t mean it’s an all-out assault.”

Cox walked the showroom floor Wednesday morning, meeting with a number of executives and companies, including Black Diamond—whose founder made news Tuesday by being the first to threaten to pull out of Utah.

“I don’t think one person speaks for the entire industry,” Cox said. “And we love Mr. Metcalf, every 6 months we get one of these from him.”

Peter Metcalf and Patagonia both want Gov. Gary Herbert to pull the state’s pending lawsuit seeking to reverse the Bears Ears designation. Metcalf said his company and others will walk away from the show otherwise and take the millions of dollars of yearly contributions with them, something neither side wants to see.

“That can’t be overstated how important this show is,” Cox said. “I mean, you get a chance to look around here, it’s amazing. What it does to the economy, what it does for our local businesses that are in this industry is really incredible.”