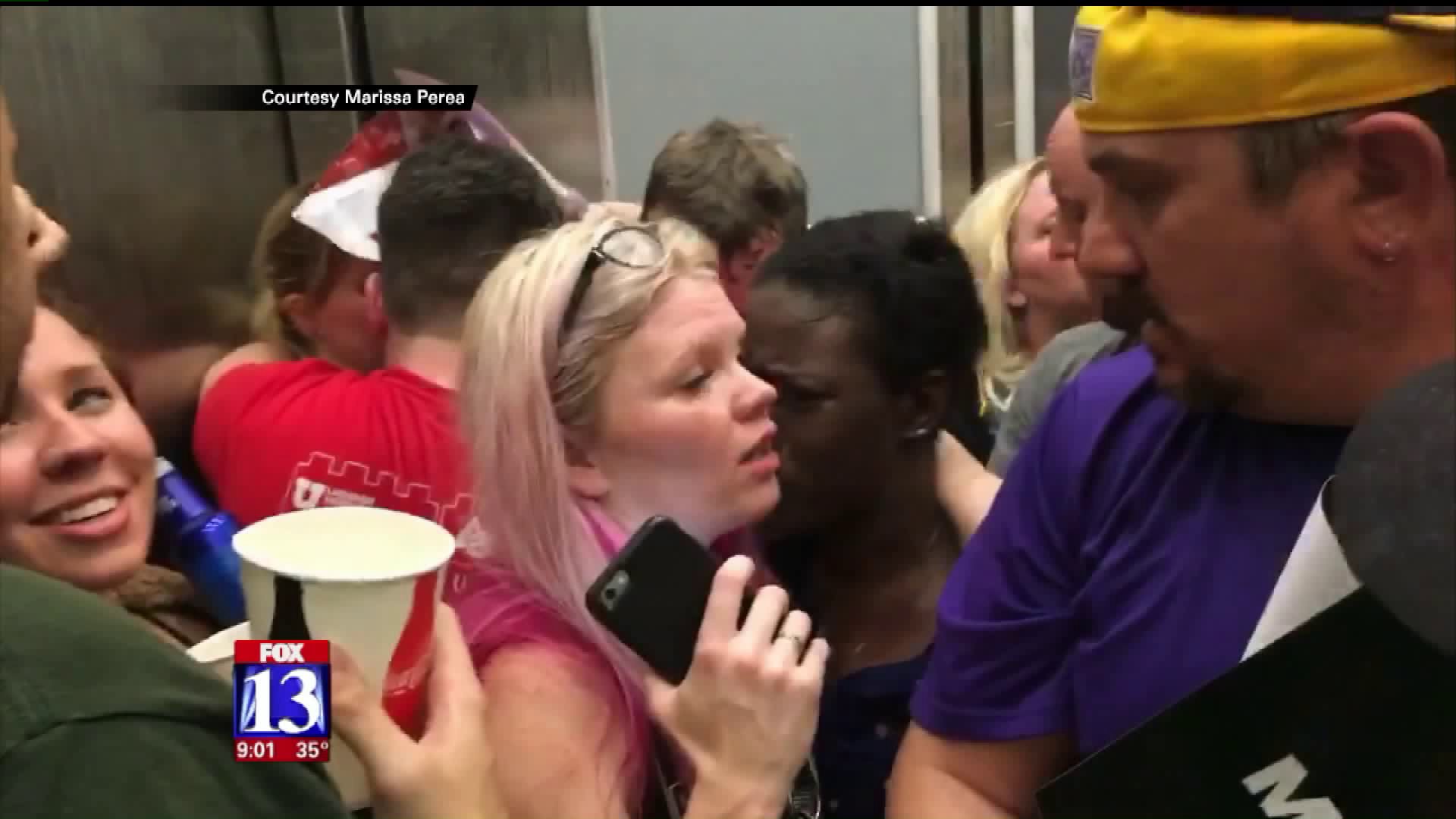 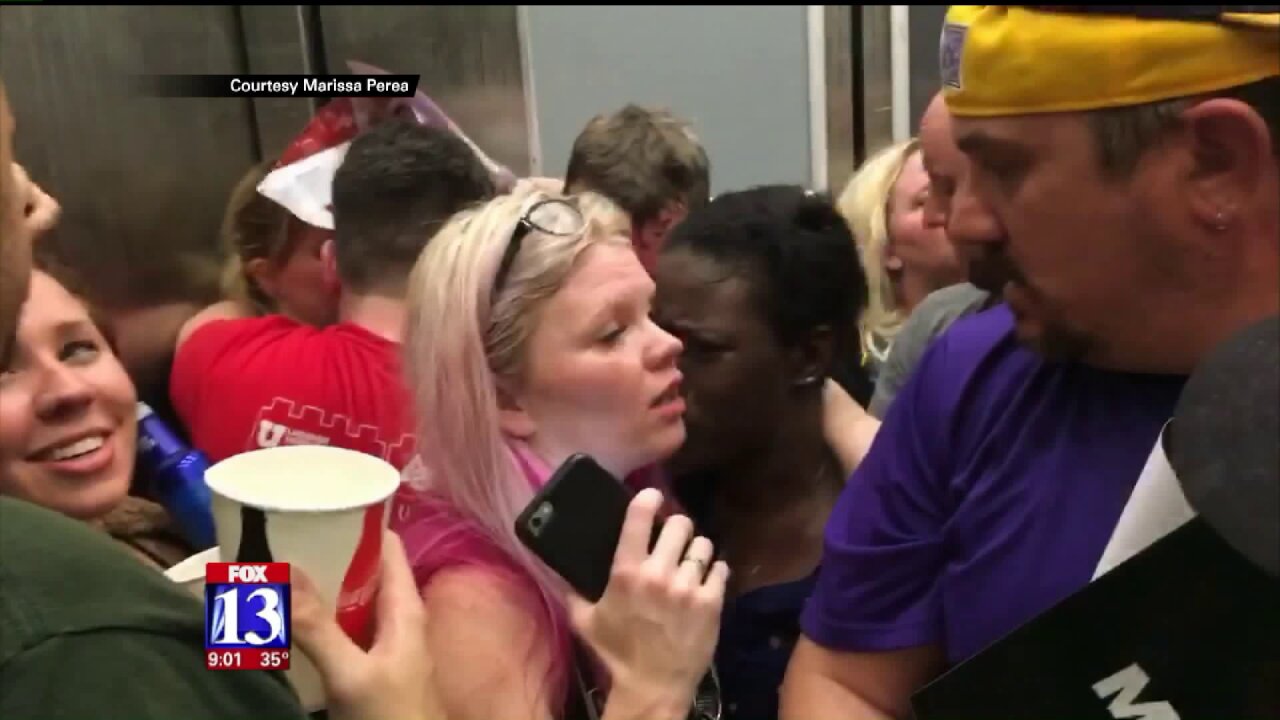 SALT LAKE CITY – Some Utah Jazz fans were on a high after Tuesday night’s big win against the Cleveland Cavaliers, but their celebration ended after they got stuck on an elevator for more than an hour.

The Jazz beat Lebron James and the Cavs at home, the perfect gift for Josh Sanders. His family rented a suite to celebrate his 40th birthday. After the game, they took the elevator to the court.

“We were headed down to shoot hoops. It's kinda the group thing that we do,” said Marissa Perea, Sanders fiancé.

About 24 of them piled into the elevator, but they didn’t get far.

“As we were going down, the door opened as it was still moving and it closed again,” said Perea.

The attendant couldn’t open the door. The elevator was stuck.

Cell phone video shows tensions rising as people waited for more than an hour for relief.

“It started to get really hot. People started sweating, the walls started to condensate a little bit,” said Perea.

The conditions became so bad, the birthday boy passed out.

“His eyes rolled back and he was really pale. I had to hold him up,” said Perea.

“I sweat through my shirt. Marissa said that she could have wrung it out with sweat all over the ground.”

Meanwhile, his 13-year-old daughter Hannah had an anxiety attack.

“I was so worried about my dad. I felt like the walls were pushing in on me. I was freaking out. I couldn`t stop crying," Hannah said.

When help finally arrived, paramedics took Hannah out on a stretcher.

Jazz leaders tell FOX 13 there was an employee on the elevator the entire time and they worked quickly to get everyone safely off the elevator.

Frank Zang, Vice-President of Communications at Larry H. Miller Group of Companies, said safety is their number one concern. They’re looking into why the elevator malfunctioned to ensure its safety for all patrons. They apologized, saying it was a stressful, emotional situation for people after such an exciting night.

“If I could ask for anything, I think that it would be to go get that court time,” said Perea.

Hannah was also disappointed they never made it to the court.

“Gordon Hayward is my favorite player and just wanted to get down there to be where he played.”