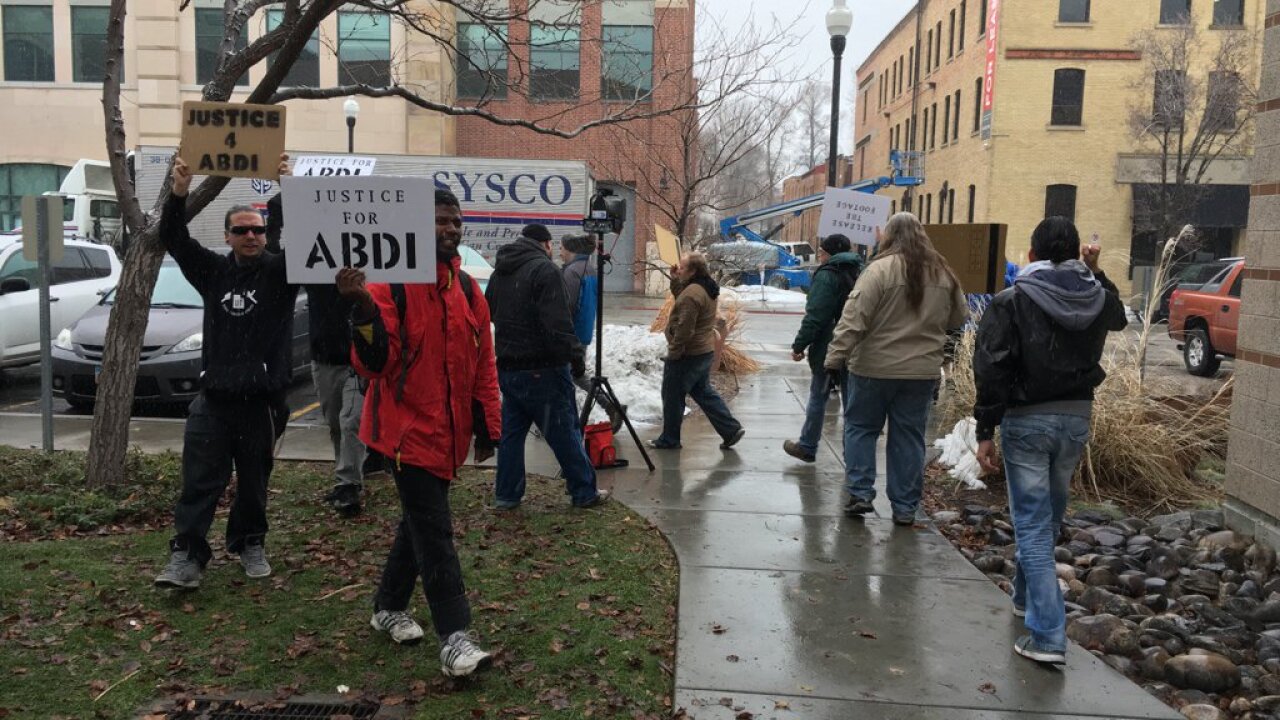 A small group of demonstrators outside the State Records Committee meeting on Jan. 12, 2017 urging release of video showing the shooting of Abdi Mohamed. (Photo by Ben Winslow, FOX 13 News)

The unanimous vote by the committee came after a lengthy, sometimes tense meeting over a series of Salt Lake City police body cam and surveillance videos that show last year's shooting and some of the events leading up to it. As the committee met, activists demonstrated outside demanding the video be released.

"They're very important for the public to see. The public needs to make up their own mind about what happened and the behavior of the officers," American Civil Liberties Union attorney Leah Farrell said.

A small group of demonstrators outside the State Records Committee meeting on Jan. 12, 2017 urging release of video showing the shooting of Abdi Mohamed. (Photo by Ben Winslow, FOX 13 News)

The ACLU of Utah and a community activist argued for the release (FOX 13 and other news media have had similar requests for the video, which have been repeatedly rejected). Salt Lake City and Salt Lake County District Attorney Sim Gill's office argued against it, saying that putting the video out now would compromise Mohamed's right to a fair trial in juvenile court.

Mohamed, then 17, was shot by police outside the downtown homeless shelters last year. Prosecutors allege he was beating a man over $1.10 while dealing drugs in the Rio Grande neighborhood. After ruling the shooting justified, Gill filed criminal charges against Mohamed for the beating.

"If Sim Gill had it his way, Abdi's name wouldn't be out there," said Earlal Kalashnikov, a community activist who also argued before the State Records Committee.

Salt Lake City and Salt Lake County have 30 days to appeal the committee's decision to the courts. Speaking to FOX 13 after the hearing, deputy Salt Lake County District Attorney Darcy Goddard said that was likely to happen.