SPANISH FORK CANYON, Utah - The Utah Department of Transportation is warning drivers about the dangers of crowding snowplows after an accident Thursday.

Dash camera video (see video clips) captured the moment a semi-trailer clipped one of the winged scrapers on a UDOT snowplow, sending the plow across the opposite lanes of travel, through a guardrail and rolling down a 300 foot embankment.

"Think of their safety and your safety - stay behind the plows," said Carlos Braceras, Executive director with UDOT.

That plow driver, Terry Jacobson, had over 23 years of experience.  Jacobson suffered serious injuries and was taken to the hospital.

“We`re a family, and when something like this happens to a person you know, it hits close to home that - you know what, that could have happened to me,” said Neil Lundell, South Area Maintenance Supervisor in Region 3 with UDOT.

Neil Lundell has driven these trucks for over 30 years.  He's frustrated that people frequently don't slow down and stay behind these 70,000 pound trucks built to keep everyone safe.

"If we can only go 5 miles an hour or 20 miles an hour, what makes the public think that they can go faster than we can," said Lundell.

The semi driver was ticketed for improper passing and leaving his lane.

While an investigation is underway, UDOT says they think the semi driver lost visibility as he was trying to get around the plow. 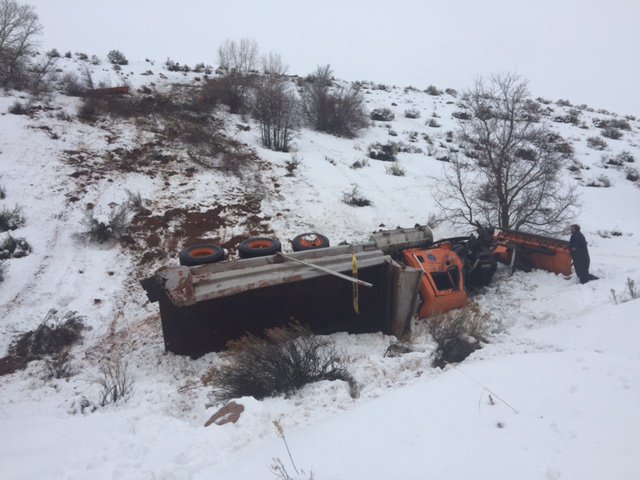