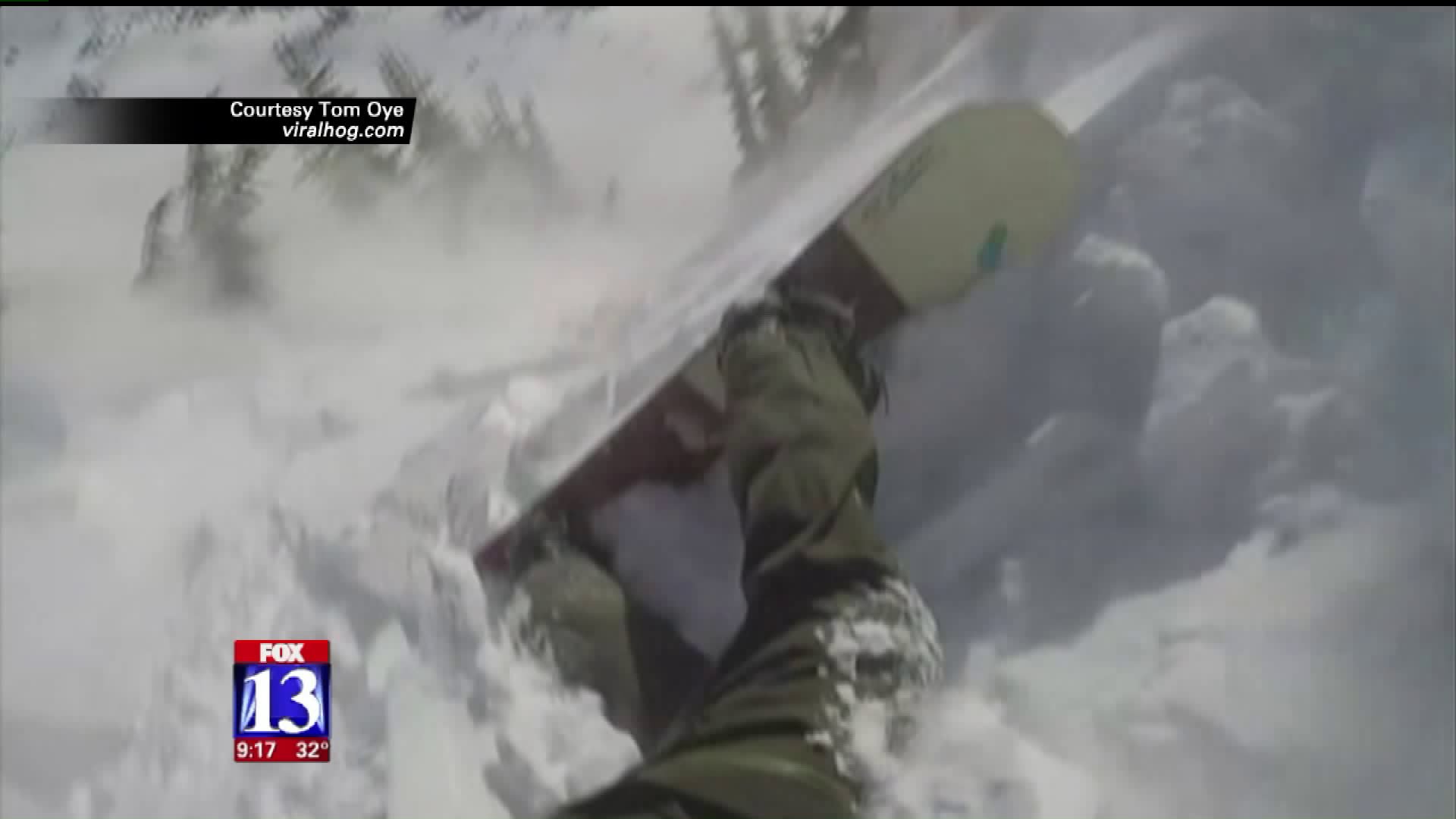 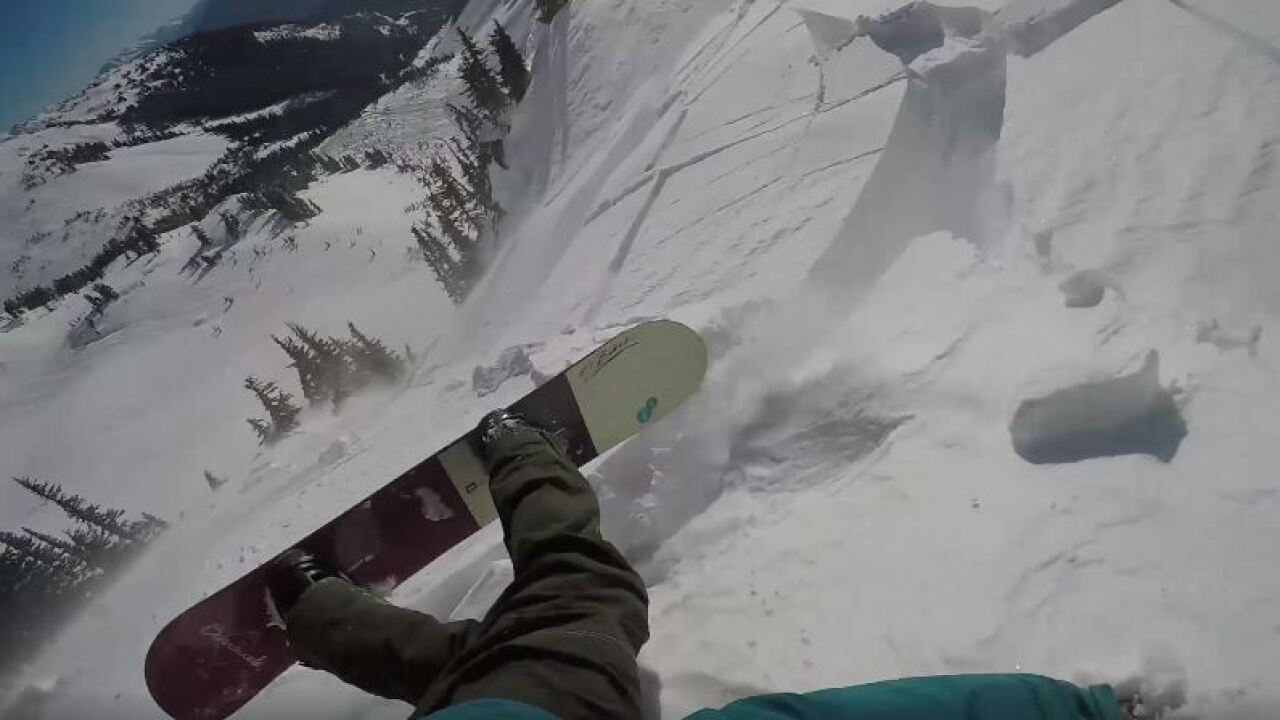 He escaped thanks to a combination of luck and an inflatable backpack after the slope he was traveling down suddenly collapsed beneath his feet.

Oye posted the footage to Facebook showing how, in the space of a few seconds, parts of a Canadian hillside turned from an idyllic powdery slope into the scene of a terrifying avalanche.

In the clip, the snowboarder is sent into a 30-second plunge down peak as he battles to stay above the falling snow and ice.

At one stage it appears the 29-year-old was submerged under snow as he slid, dodging pine trees and rocks.

As he came to a stop after the rapid descent, he reassured those who came to help he was OK.

The Australian appeared to be in good spirits following his ordeal, captioning his video, "Not how I planned on starting the morning… stay safe out there kids!"

Several snowboarders in Utah recently spent some time in the area where the avalanche occurred, and they reacted to the shocking footage. John Mommer of Seattle said it's the sort of thing that reminds you to be prepared before hitting the backcountry.

"It's always important to be prepared," he said. "Have a beacon, have a probe, have a shovel."

"That's like Russian Roulette if you get buried in an avalanche and you don't have a beacon; there's not a great way to find you while you're still breathing," he said.

Craig Gordon of the Utah Avalanche Center said it's important to steer clear of areas with high avalanche danger, because even with the proper gear the encounter can still be deadly.

"So no matter what gear we're wearing, right out of the gates we're beaten to death because avalanches are very violent events," he said.

WARNING: Adult language in video below.