Student’s painting, which depicts police officers as pigs, to be taken down 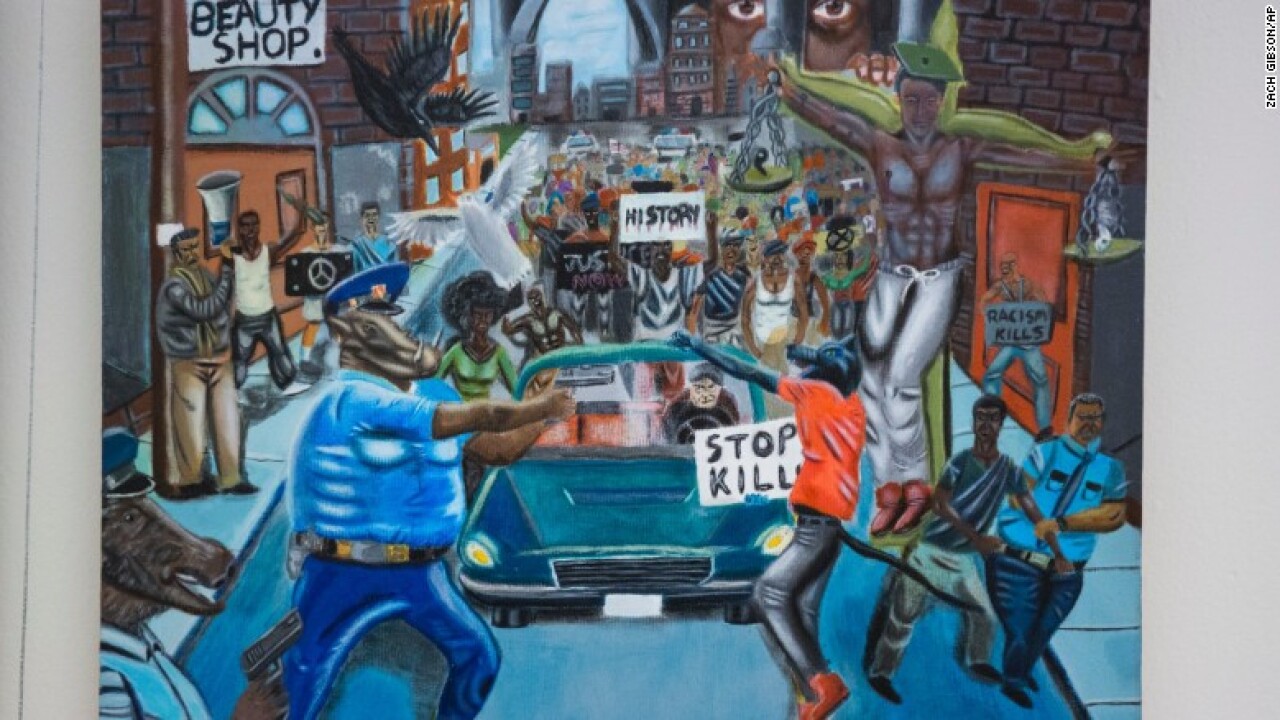 WASHINGTON (CNN) — A high-school student’s painting that evoked a national controversy earlier this week will be taken down after it was officially deemed to violate the House Office Building Commission’s rules, according to a congressman who objected to the artwork.

Rep. Dave Reichert had sent a letter to the Architect of the Capitol with his concerns about the painting, which depicts police officers as pigs.

House Speaker Paul Ryan also took a stand against the art, which hanged in a tunnel at the US Capitol, calling it “disgusting.”

Friday, Reichert said Ryan’s office informed him the painting will be taken down after the federal holiday.

The painting won Democratic Rep. William Lacy Clay’s congressional art competition in May and was created by 18-year-old David Pulphus.

Clay, of Missouri, said congressional members have no role in judging the competition, and he called the saga of the painting a “manufactured controversy.”

Reichert, a Washington Republican, said the painting violated the rules on artwork at the Capitol.

“The Congressional Art Competition is an opportunity to celebrate the creativity of students in every corner of our country — and visitors from around the world see their talents on display when they walk through the halls of our Capitol,” Reichert said in a statement. “However, with any competition there are rules, and these rules exist for a reason. This painting hung in clear defiance to those rules and was a slap in the face to the countless men and women who put their lives on the line everyday on behalf of our safety and freedom.”

Ryan told the congressman that the Architect of the Capitol made the determination, Reichert’s office said.

The rules of the art competition state: “Exhibits depicting subjects of contemporary political controversy or a sensationalistic or gruesome nature are not allowed,” according to the statement from Reichert.

Ryan said it isn’t a question of First Amendment rights.

“Of course, this young person has the right to do something like this wherever they want to,” Ryan said. “But we do have rules that govern these paintings, so it’s not as if you have a constitutional right to hang whatever you want in the House hallway in the Capitol gallery.”

The painting had been initially taken down by Republican Rep. Duncan Hunter of California last Friday.

Tuesday, members of the Congressional Black Congress ceremoniously rehung the painting, only for it to be re-removed. This dance continued throughout the week as members felt inclined either for or against its place in the Capitol.

Clay said it was “pathetic” that Republican members who “constantly refer to themselves as constitutional conservatives” would not apply “fundamental free speech rights” to the artist.