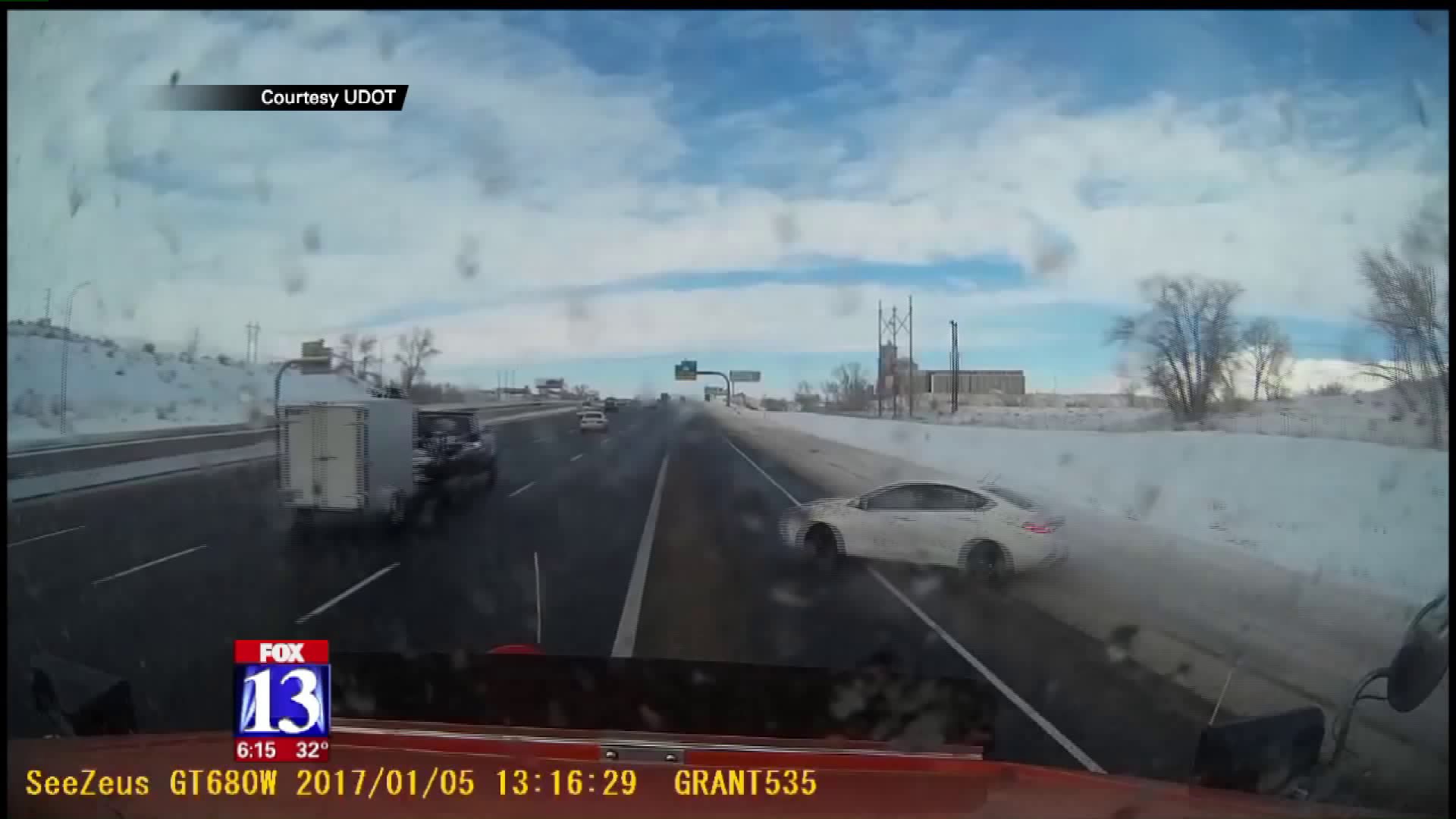 A near-miss in Ogden serves as a reminder to drivers to watch out for snowplows. 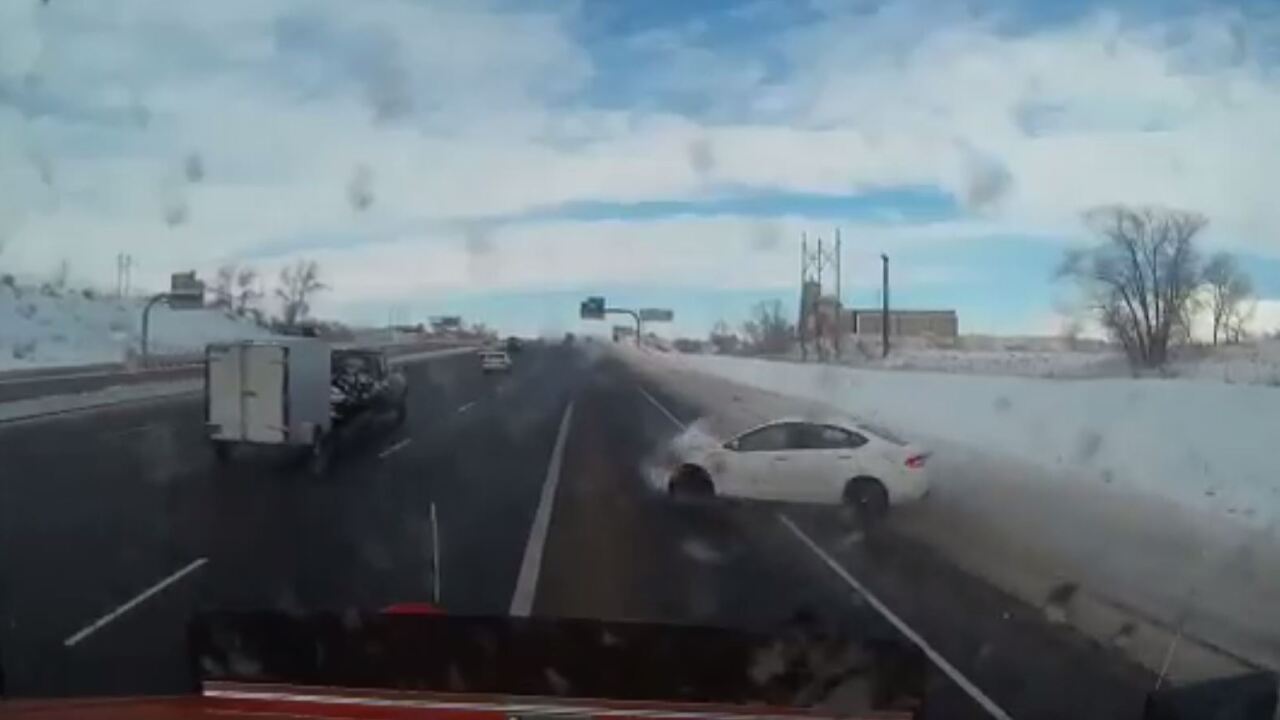 OGDEN, Utah -- Dash camera video from the Utah Department of Transportation is the second recent reminder of why it is critically important to give snowplows plenty of room on the road.

UDOT tweeted the footage, which was captured by a dashboard camera at the northbound on-ramp at 31st Street in Ogden, along with a plea for drivers to give snowplows their space:

"When weather gets snowy again, NEVER do what this driver did at the 31st St. NB on-ramp in Ogden, in front of our snowplow."

The video shows a white passenger vehicle attempting to use the shoulder of the road to get ahead of a snowplow. The vehicle appears to be coming from the on-ramp and accelerates to get ahead of the plow as the merging lane ends.

The passenger vehicle appears to recover after starting to spin, then resumes traveling. Grant Johnson was behind the wheel of that snowplow, and he said saving a few seconds isn't worth risking someone's life.

"Unfortunately it's too common," he said of people rushing to pass plows. "This guy saved two seconds of time and it could have cost him his life, someone else's life, or my life."

The footage was posted a day after another video involving a snowplow went viral. A video shot in Spanish Fork Canyon shows a snowplow going down a 300-foot embankment after a semi failed to maintain its lane while passing the snowplow on a curve.

The snowplow driver in the Spanish Fork Canyon incident, Terry Jacobson, was taken to a hospital in serious condition.