MIDVALE, Utah - Unified officers said a 35-year-old woman is in serious condition after she was shot her at a Midvale apartment complex.

Authorities have closed the northbound lanes of 900 E. at Fort Union Blvd. and are asking drivers to avoid the area.

Police were called to the Springs of Country Woods apartments just before 3 p.m. where they found the injured woman.

Officers said the shooter left the scene in a semi truck without the trailer attached.

They said they found a gun in his possession.

One other person was sleeping in the apartment during the shooting at 6909 S. Wellspring Rd.; they weren't injured.

Unified officers said they are not looking for any other suspects at this time. 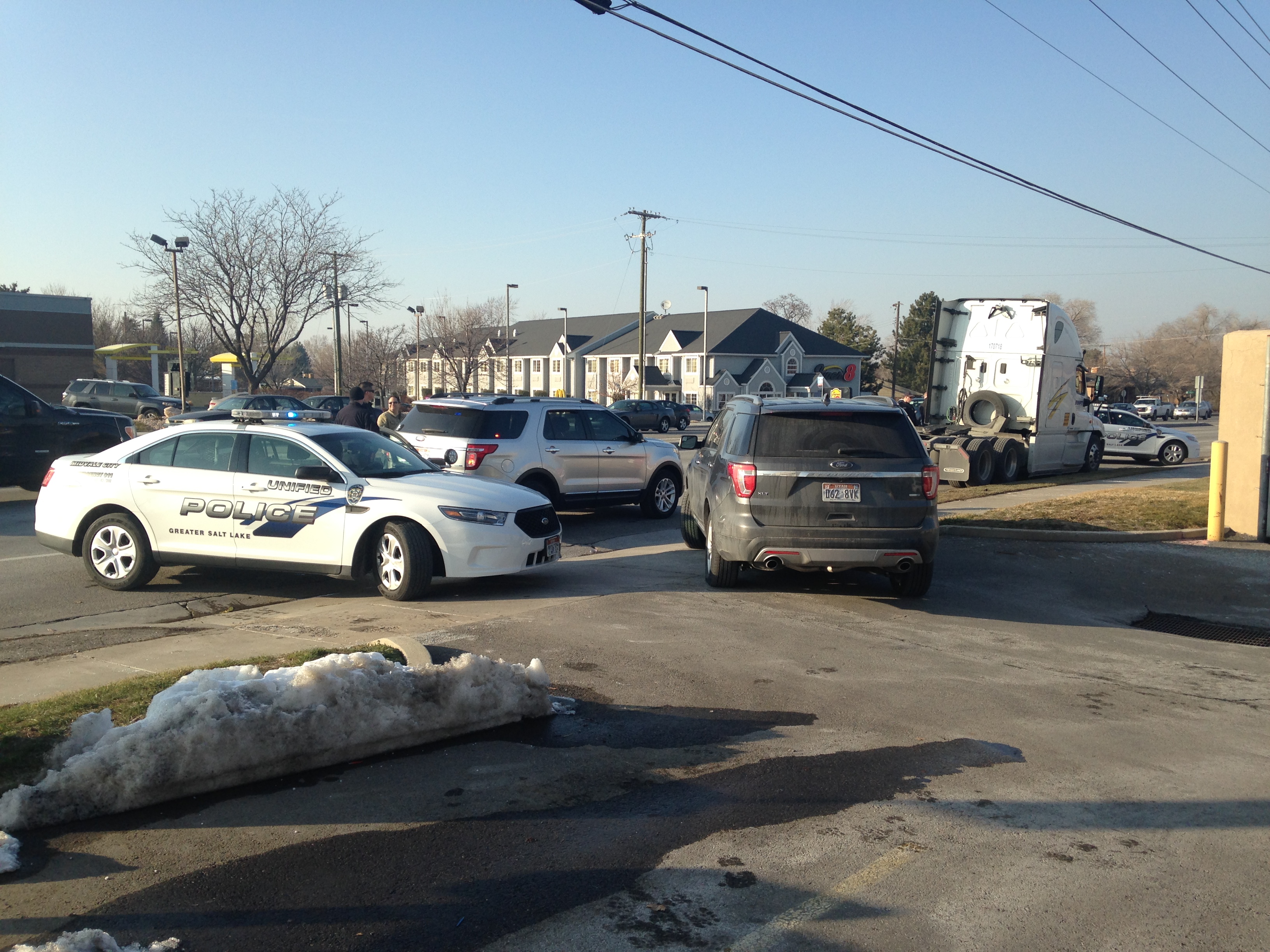