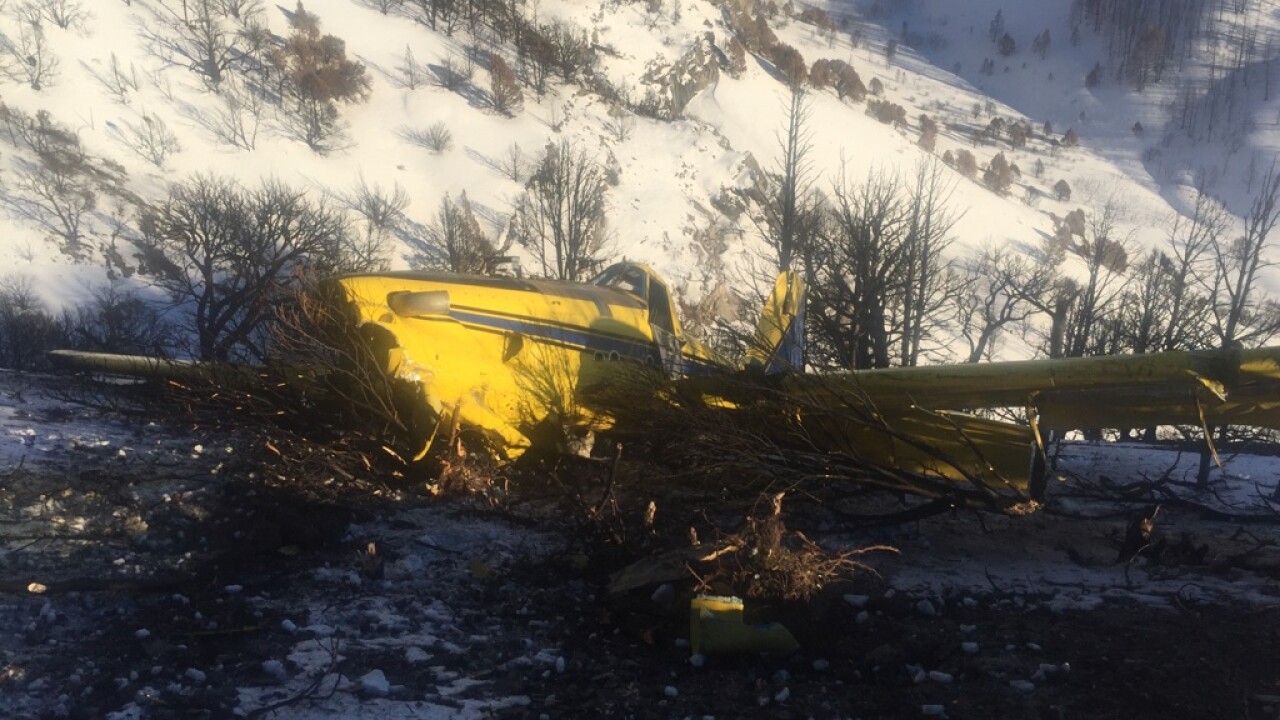 JUAB COUNTY, Utah -- The pilot of an aircraft that was reported missing Tuesday near the Juab/Tooele County border has been found alive, thanks in part to the efforts of some Utah National Guard helicopters that happened to be in the area for training.

A BLM crew found the missing pilot at 7:30 p.m. Tuesday and with the assistance of Apache helicopters using forward-looking infrared systems. The Apache crews also used lights to help redirect the pilot toward recovery crews on the ground.

The Apache helicopters were already in the general area of the crash for training when they were notified of the civilian plane crash.

The missing pilot, who had been flying an air tractor AT802, was found after walking two and a half hours from the crash site.

The crash, according to authorities, happened at Red Pine Peak, but authorities have not made it to the crash site.

Police said the pilot told authorities the reason for the crash was a loss of power.