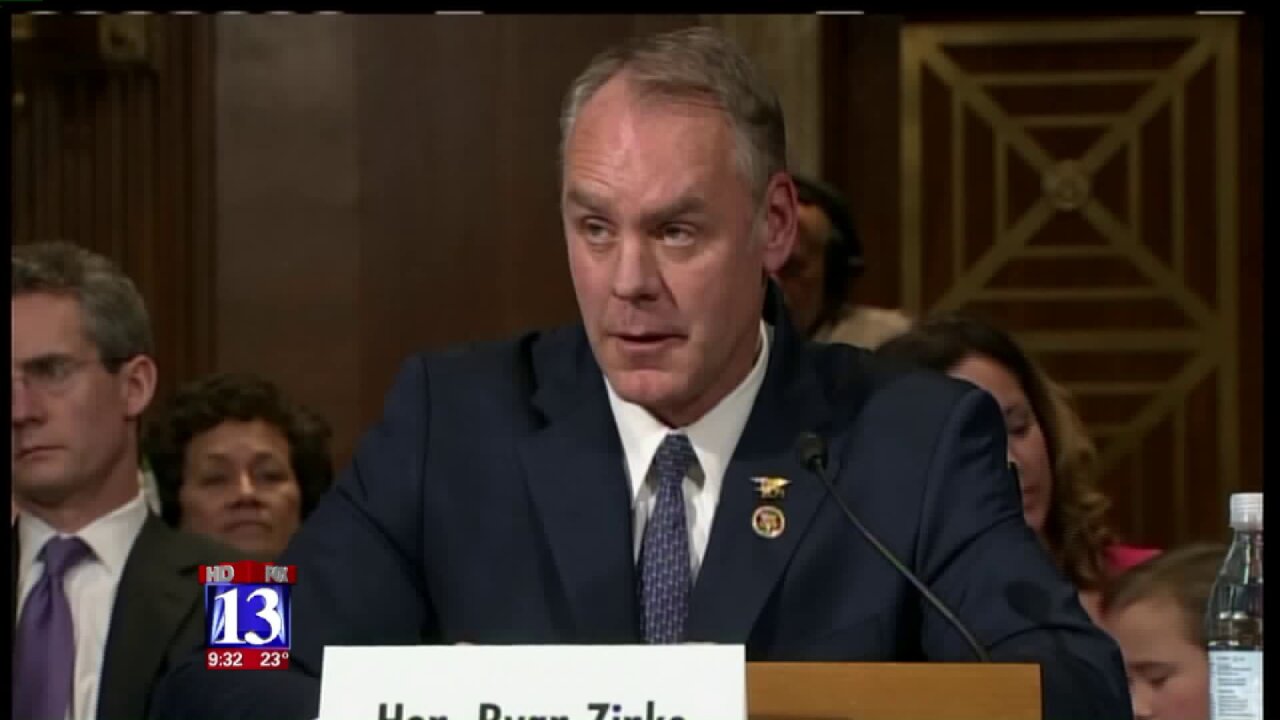 WASHINGTON — The fight over Bears Ears National Monument in southeastern Utah found its way into the confirmation hearing Tuesday for Secretary of Interior nominee Ryan Zinke.

“Please Mr. Secretary, do something about this?” Utah Senator Mike Lee said during the hearing, telling Zinke what he was likely to hear if he makes a trip to Utah.

“Consider having a conversation with President Trump about revisiting this unfortunate step,” said Senator Lee.

Bears Ears National Monument encompasses 1.35 million acres of land.  It is rich with both geological and cultural resources, many of which are sacred to Native American tribes in the area.  While Utah’s leaders fought the designation, the president of the Navajo Nation sent a letter to President Obama requesting the designation.  Dine Bikeyah, an advocacy group based in Utah, collected more than 200,000 signatures favoring the designation.

“There’s no doubt the president has the authority to amend a monument, it’s always in the papers.  It will be interesting to see if the President has the power to nullify a monument,” said Zinke during the confirmation hearing.  It is possible the boundaries of the monument could shrink, but Zinke said it’s unlikely the designation could be completely undone without a legal fight.

Zinke is a Republican congressman from Montana.  During the hearing, he spoke of favoring local input on the management of federal lands but he does not favor turning over federal lands to states.  Though he made no promises on Bears Ears, he did make one promise if he becomes the Secretary of the Interior.

“If confirmed, I’ve committed to go out to Utah first and talk to the governor, talk to the people who are on the ground and come back and make a recommendation to the President," Zinke said.