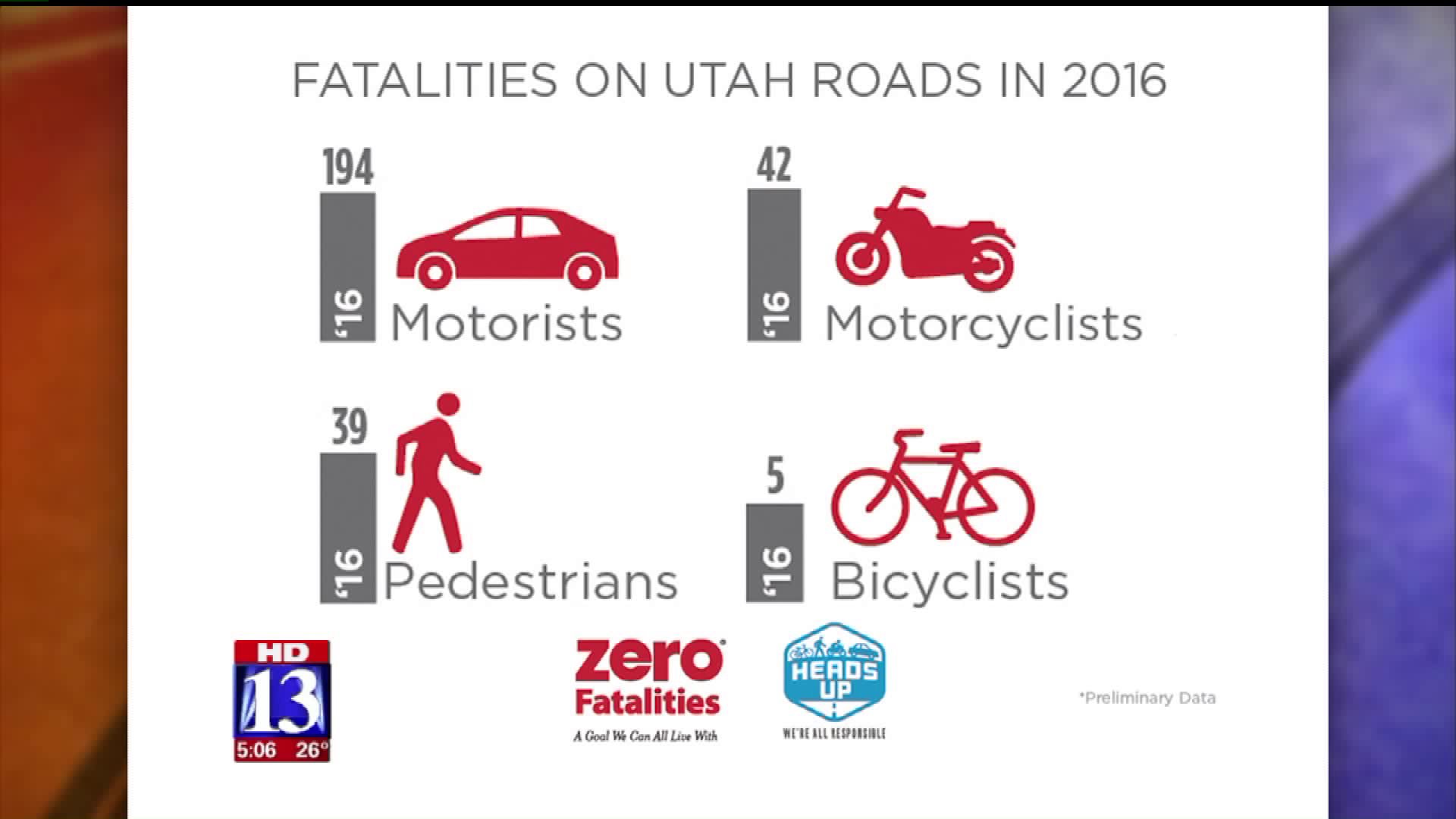 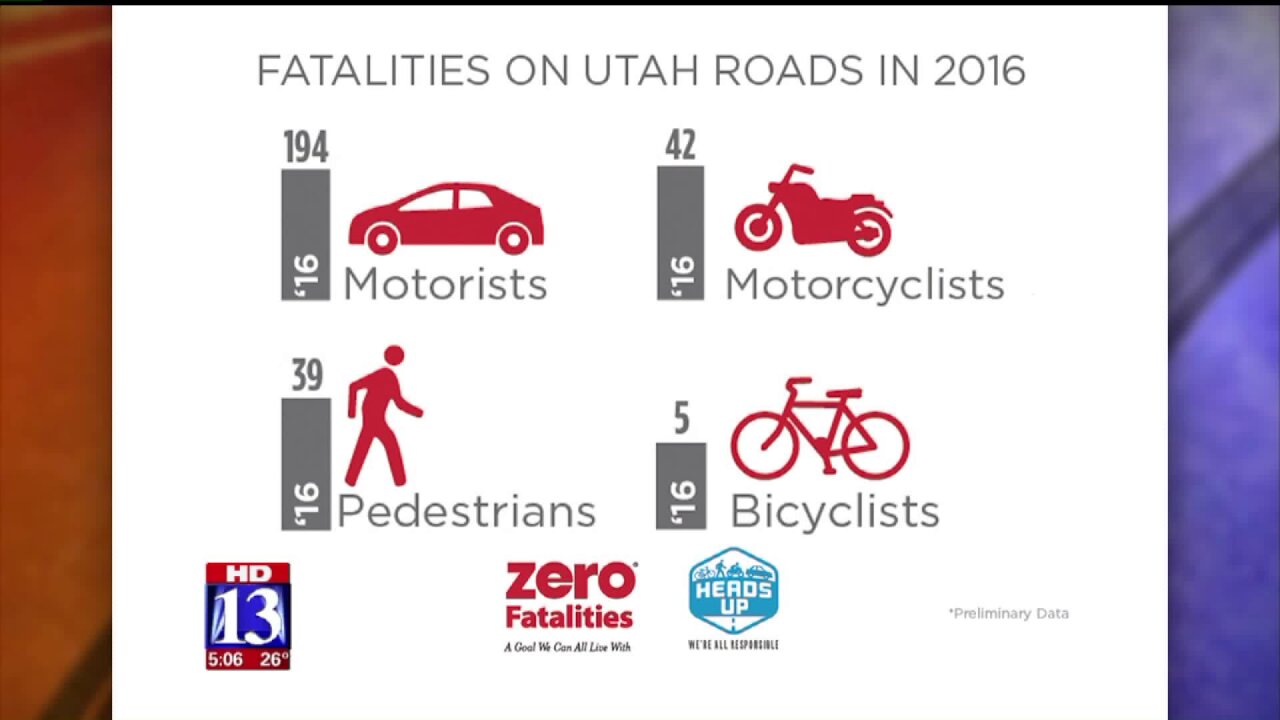 SALT LAKE CITY, Utah -- The Department of Public Safety and Utah Department of Transportation released their 2016 fatality numbers Wednesday, and they say the numbers are the highest they've seen in the last decade.

These numbers are the highest they've seen in the last 10 years.

“We lose over 35,000 people a year in roadway deaths in this nation," Braceras said.

Cars and roads are improving, but experts say the death toll is still high.

“That's the equivalent of a 747 going down every week," Braceras said of the nationwide death toll. "Could you imagine how we would react as a society if that were happening? Where's the outrage in our roadway fatalities?"

At the Utah State Capitol Wednesday they placed a placard for each of the 280 lives lost on Utah roads in 2016.

Some made mistakes, while others lost their lives because of someone else’s mistake. Twenty-one of the deaths were because of drowsy driving, while 22 were a result of distracted driving. Another 76 were attributed to aggressiveness, while 77 people died because someone was impaired behind the wheel.

“We'd be talking today, the number 17, if we could somehow eliminate all human error, all bad choices on our roadways, the fatality number would be 17 instead of 280,” Braceras said.

“We've made an improvement: We've gone from 83 percent of Utahns wearing seat belts now up to 88 percent," Braceras said. "But the 13 percent of motorists that still chose not to wear a seat belt constitute almost half of our roadway fatalities."

People in cars made up the biggest group, followed by motorcyclists, pedestrians, and bicyclists.

In 2016 there were 186 days with zero fatalities, but, for every other day, a Utah trooper had to deliver some devastating news.

“Sometimes it’s easy to just look at statistics and say, you know, 'That's what it is', but every one of these was somebody's loved one,” said Keith Squires, Commissioner of the Utah Department of Public Safety.

“I started out my career as a trooper, and every one of those placards involves a family: a mother, a father, a brother, a sister, a child and an officer that's showing up at that door at that house, usually, to make notification," Squires said.

Keith Squires is now the commissioner of the Utah Department of Public Safety.

“I can remember very clearly every time as I’m driving to make those notifications, just that feeling that you get, and how are you going to deliver this message? Because it’s something they'll remember the rest of their lives,” he said.

Braceras said everyone can help achieve the goal of Zero Fatalities.

“We need the help of every single Utahn, whether you're behind the wheel or a passenger, to buy into the goal of zero fatalities," he said. "Treat driving as a serious activity, and help us get to Zero. We can do it together."