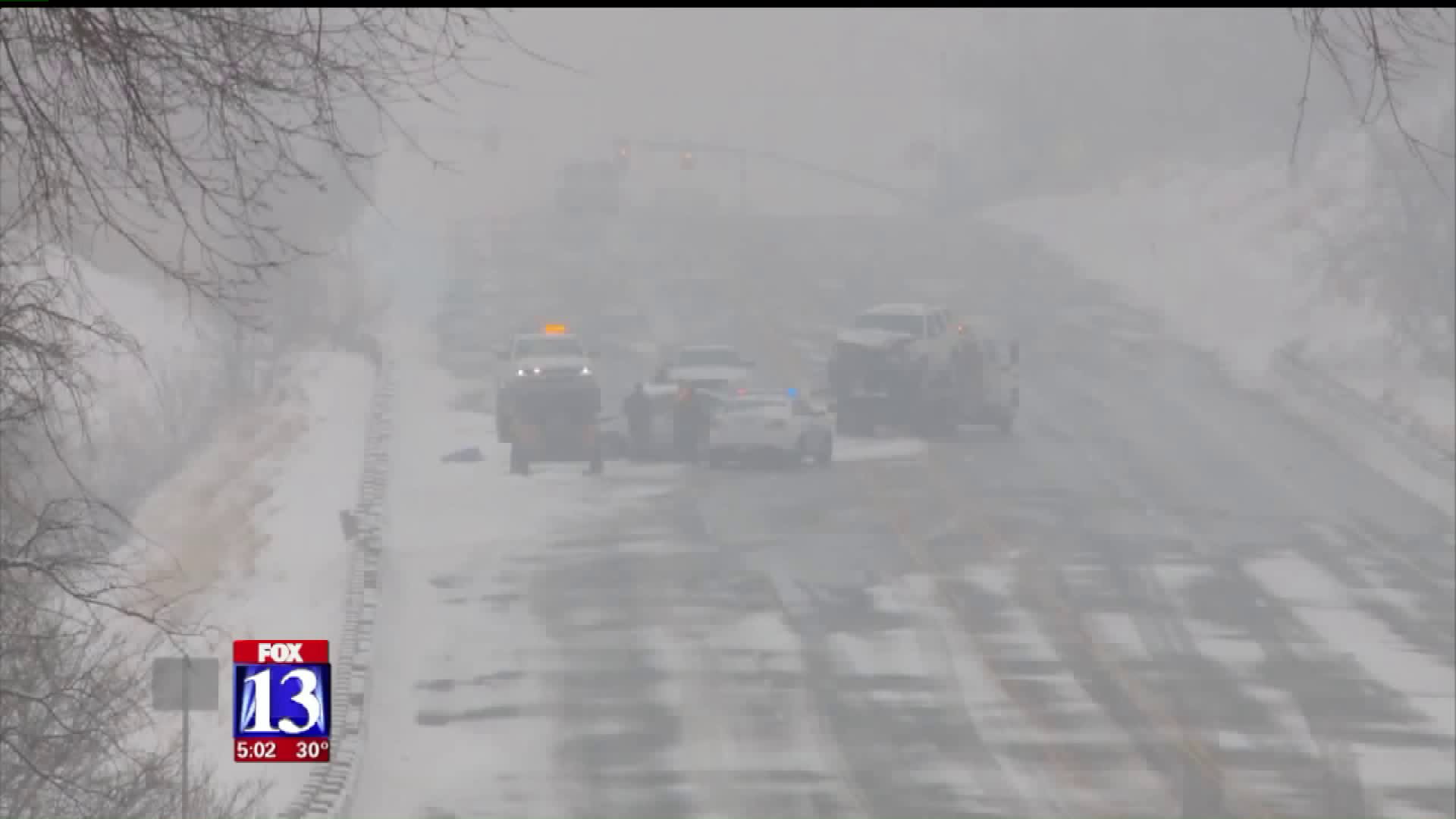 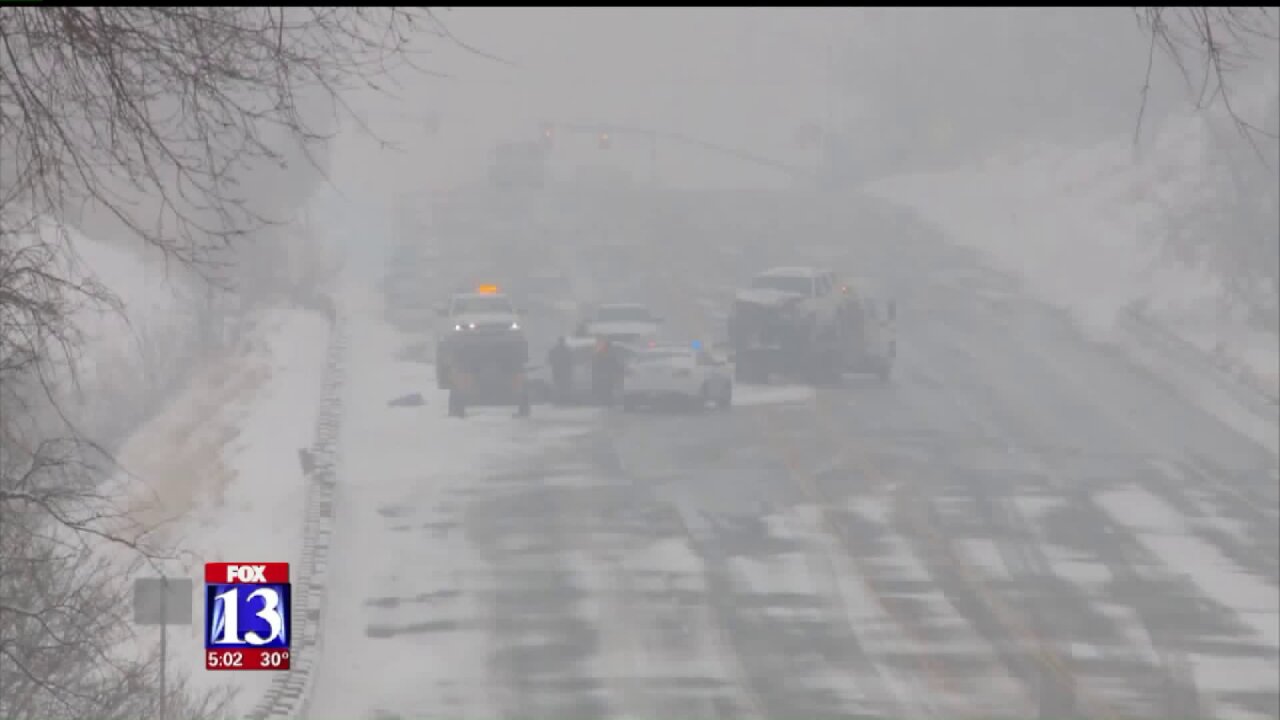 Sgt. Randall Akers with the Utah Highway Patrol says there were at least 30 crashes before noon on Thursday.

More crashes are expected as the snow continues to fall, and John Gleason with the Utah Department of Transportation says the plows are ready to go.

"I think it's a little misleading for folks that see black pavement on the roads, they think they can go regular freeway speeds," Gleason said.

UDOT has been out in full-force clearing the roads, but it doesn't seem to be making much of a dent in the amount of crashes.

"We’ve been planning on this for a while now," Gleason said. "Over the next few days is going to be a very busy time for our crews."

"This morning the phone has been ringing a lot, people saying they just got in an accident," James said.

Many body shops are so backed up that it may take a while for you to get your car back.

"Right now we're scheduling into February," James said. "I've heard of shops, some of the bigger shops in town, that are close to March. So if you get in an accident, they’re not going to look at your car today."

Since you can't file a claim against Mother Nature, you should expect to pay up.

"Sometimes it won’t count on your record, but, generally, no," James said. "Every accident is an incident, and so they charge you for it. You will pay a deductible if you were the one at fault."

If you learned your lesson the hard way Thursday, you can shape up on Friday because the storm is expected to last through the next few commutes.

"We're looking at the commute this evening being similar to this morning and then Friday morning maybe some of the same," Akers said.