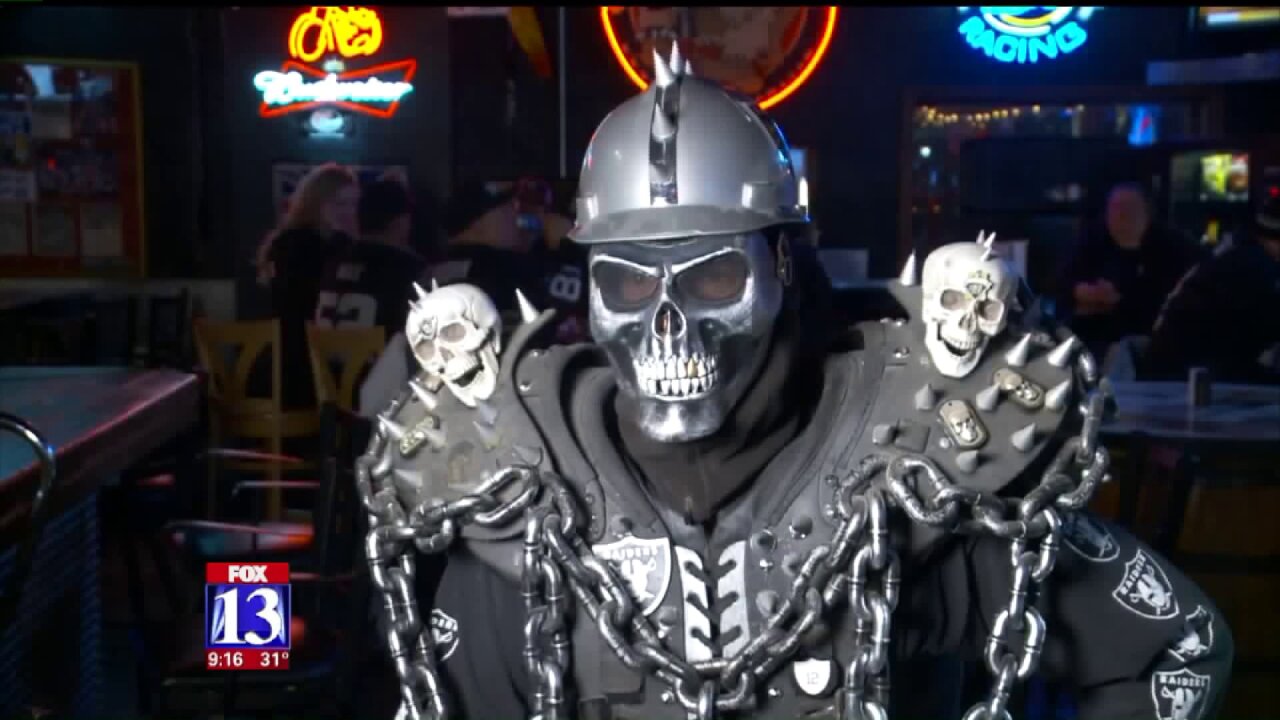 SALT LAKE CITY -- Raiders fans in Salt Lake City are celebrating after the announcement Thursday that the team filed paperwork to move from Oakland to Las Vegas.

If the move goes through, they’d be the closest team to Salt Lake City.

For the past 15 years, the Rocky Mountain Raiders have gotten together for every single game to cheer on their team. They gather at Barbary Coast bar in Murray.

It’s clear this booster club is about more than just football, they’re family.

“It is definitely a religion, a lifestyle,” she said. “We live, eat and breathe our Raiders. Definitely die-hard fans.”

She said nearly 500 people belong to the community club.

They closely followed the Raiders decision to move to Las Vegas. The owners of the other NFL teams still have to vote, but the group said the prospect is exciting.

“The heart of the Raider Nation is definitely in Oakland,” she said.

Their loyalty with the team is so closely tied to California, meaning the move won’t be easy. But, they’re open-minded--especially because the Raiders would one-up the Denver Broncos as the closest NFL team to Salt Lake City.

“Even if I wasn't a Raiders fan, I'd go hang out and watch a game,” Rocky Mountain Raiders member Monique Allison said.

No doubt, the fans will travel, whether to see the Raiders or the team the Raiders are playing against.

Does that mean Broncos fans in Salt Lake City might make the switch?

“I think that there's only Bronco fans because it's the only NFL team that is the closest,” Andersen said. “You throw in the Raiders, and you're definitely going to have your competition cut out for you.”

She said in just one day, their group has already grown by nearly 100 people.

T Brown, a loyal Raiders fan since the team’s beginning in 1960, joked that people are starting to side with Raiders Nation, and signing up to join them.

“I've already had a couple people jump ship [from other teams],” he said, laughing. “You want an application?”

Ultimately, this Raider Nation group said the move to Las Vegas would only help the team grow its fan base, and bring their beloved black and silver closer to home.

“Our nation isn't defined by a city,” Andersen said. “Autumn Wind baby, we'll go wherever it takes us.”