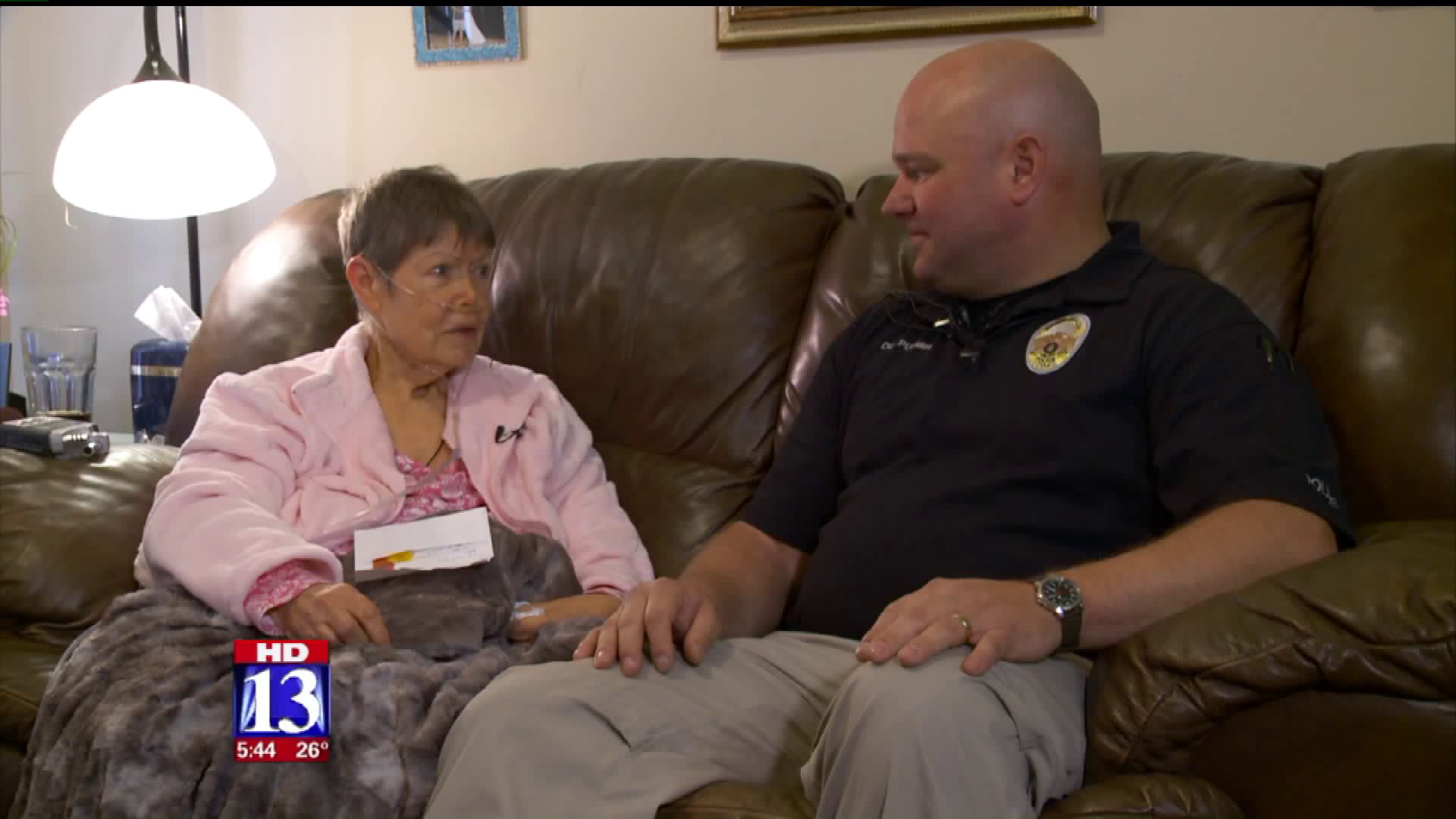 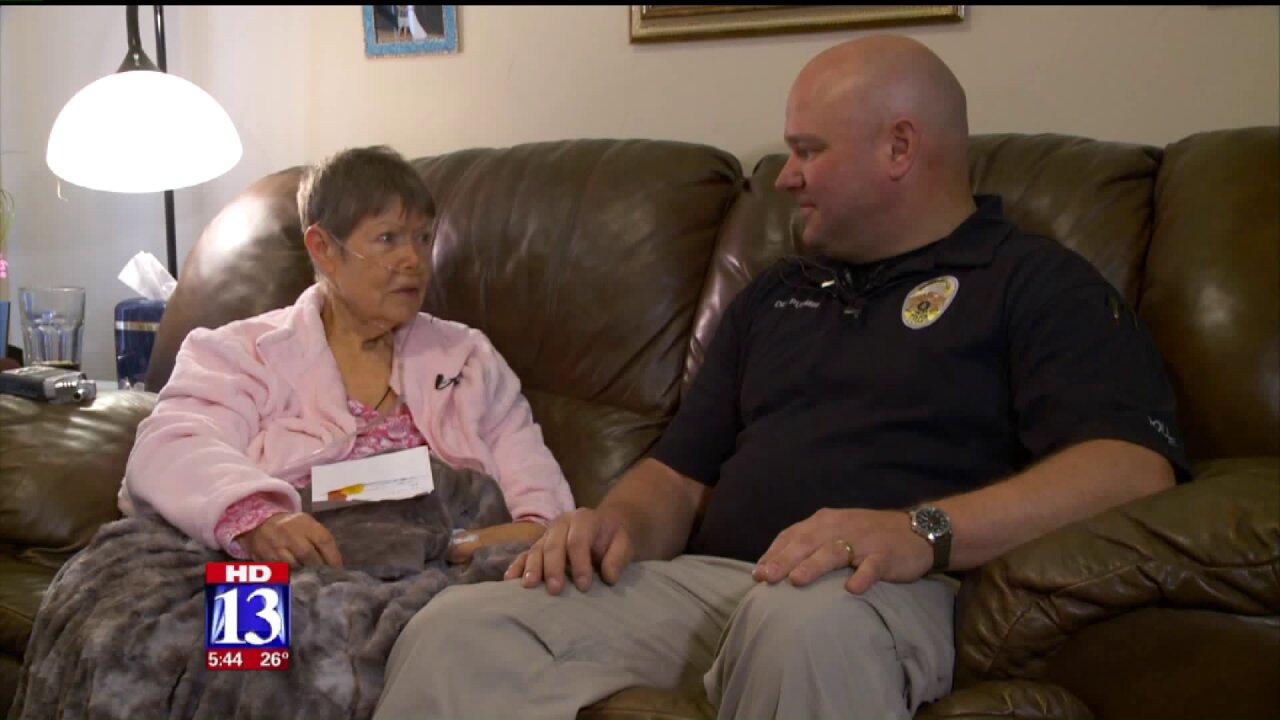 WEST VALLEY CITY, Utah -- A police officer recently met a woman he helped save, and it was pure chance that connected the pair that fateful day.

“Hi, it’s so nice to meet you!” said Officer Dana Pugmire to Halene Johnson, as Johnson sat on her couch waiting for him to come by in her apartment.

Johnson fell down inside her apartment last week and thought she was calling her son’s cell phone asking for help.

“I was miserable and couldn’t move,” Johnson recalled.

Instead, she accidentally dialed just one number off in the seven-digit local number.

On the other end of the phone was a stranger, who happened to be a West Valley City Police Officer.

“I am just grateful I picked up,” Pugmire said of the call. “Sometimes you get that number you don’t recognize and you do not answer. I could tell she was in distress and needed help, so I had just come off a traffic stop and radioed in to tell dispatch she needed assistance."

Johnson is grateful for that act of kindness.

“I can't thank you enough for hanging in there," she said when she met Pugmire Wednesday for the first time in person. "I feel like you saved my life."

Johnson had been recovering from her fall in the hospital and has also been suffering from pneumonia.

“Right place and the right time,” he said.

He brought her flowers and a card to remember the moment they met.

“I'm so glad I got a chance to thank you,” Johnson said. “So many people would have just hung up and said, 'You have the wrong number' and hung up. You didn't. You stayed on the phone. You talked to me for about 20 minutes, called the fire department.”