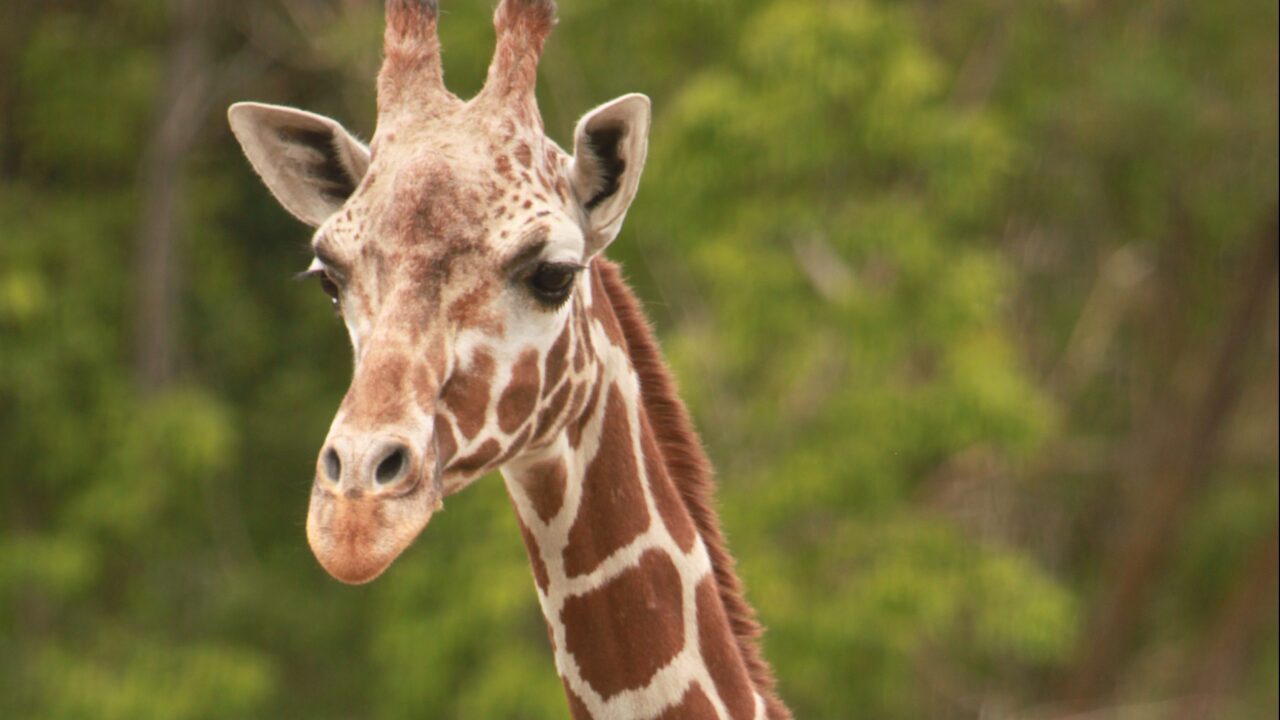 SALT LAKE CITY – A 3-week-old female giraffe has died at the Hogle Zoo.

At birth on Dec. 28, the calf was underweight and shorter than normal, the zoo said.

Zoo officials said she also had noticeable signs she was not fully developed; her hooves and osicones (‘horns’ on top of a giraffe’s head) were not as mature as they should have been.

Keeper and veterinary staffs kept close watch on the calf and protected the privacy of mom and baby, the zoo said.

Animal care began to notice the baby was not putting on weight at a normal rate, typically a couple of pounds a day, even though the calf was nursing.

“We know that mom had milk but it’s difficult to know if it just wasn’t enough milk or if the calf just wasn’t able to nurse well enough to sustain herself,” Dr. Nancy Carpenter said, Director of Animal Health.

Despite the Zoo’s intensive medical therapy, including diet supplementation, vitamins, IV fluids and tube feeding, the calf did not survive and passed away on Jan. 18, weighing 113 pounds; quite small for a 3-week-old giraffe, the zoo said.

“In general, giraffe babies do not need any help to thrive,” Dr. Carpenter said. “This baby faced challenges from birth and despite all of our efforts, was not able to make it. It is always hard to lose a baby.”

The zoo said this was the third birth for Kipenzi. She had a successful birth in 2012, a female calf sent to Maryland Zoo. Her first calf, born in 2010, did not survive.

“We all fell in love with this little giraffe,” giraffe keeper Holly Peterson said. “For something so small, she has left a huge hole in our hearts and in the giraffe barn.”

The Hogle Zoo currently has four giraffes, male (and father) Riley and females Kipenzi and Pogo, mom to 1-year-old Willow.