SALT LAKE CITY -- Despite high volumes of snow, UHP estimated more than 6,000 people came out for the Women's March to Utah State Capitol.

Chanting phrases like "we will not go away, welcome to your first day," protesters like Samantha Rosser were happy to brave the cold.

It was labeled as a women's march, but thousands of men like Weston Millen also showed up in support.

"I was raised by a single mother. She raised me right with the values of making sure women are protected as equally as men in society represented as equally," said Millen.

Even some dogs and children like Megan McDowell showed up.

"I'm here partly because my mom made me, and I think it's really great that a lot of people come out here supporting women’s rights," said McDowell.

The march is part of the Women's March on Washington, but this one was directed at the Utah state legislature and legislators as they all marched from City Creek to the State Capital to deliver a message on their disapproval of anti-woman rhetoric and actions.

Robyn Eriwata-Buchanan described what brought her there.

"We really support the rights of every individual and believe the current president is not doing that and will not do that," says Eriwata-Buchanan.

The huge turnout surprised some and inspired many, like Liz Foxley.

"Pretty cool, pretty powerful to see this in Utah especially on the first day of the session," said Foxley.

Tiffany Rousculp felt encouraged by the all of the people she was marching alongside.

"I feel a lot of spirit, a lot of love, and a lot of happiness," said Rousculp.

Even in freezing conditions, Utahns, are showing up to support each other.

"It filled me with hope. Over the last few months it's been a very grim political climate, and just seeing this many people come out here that want to show their values and support everyone in society is really heartwarming," said Millen. 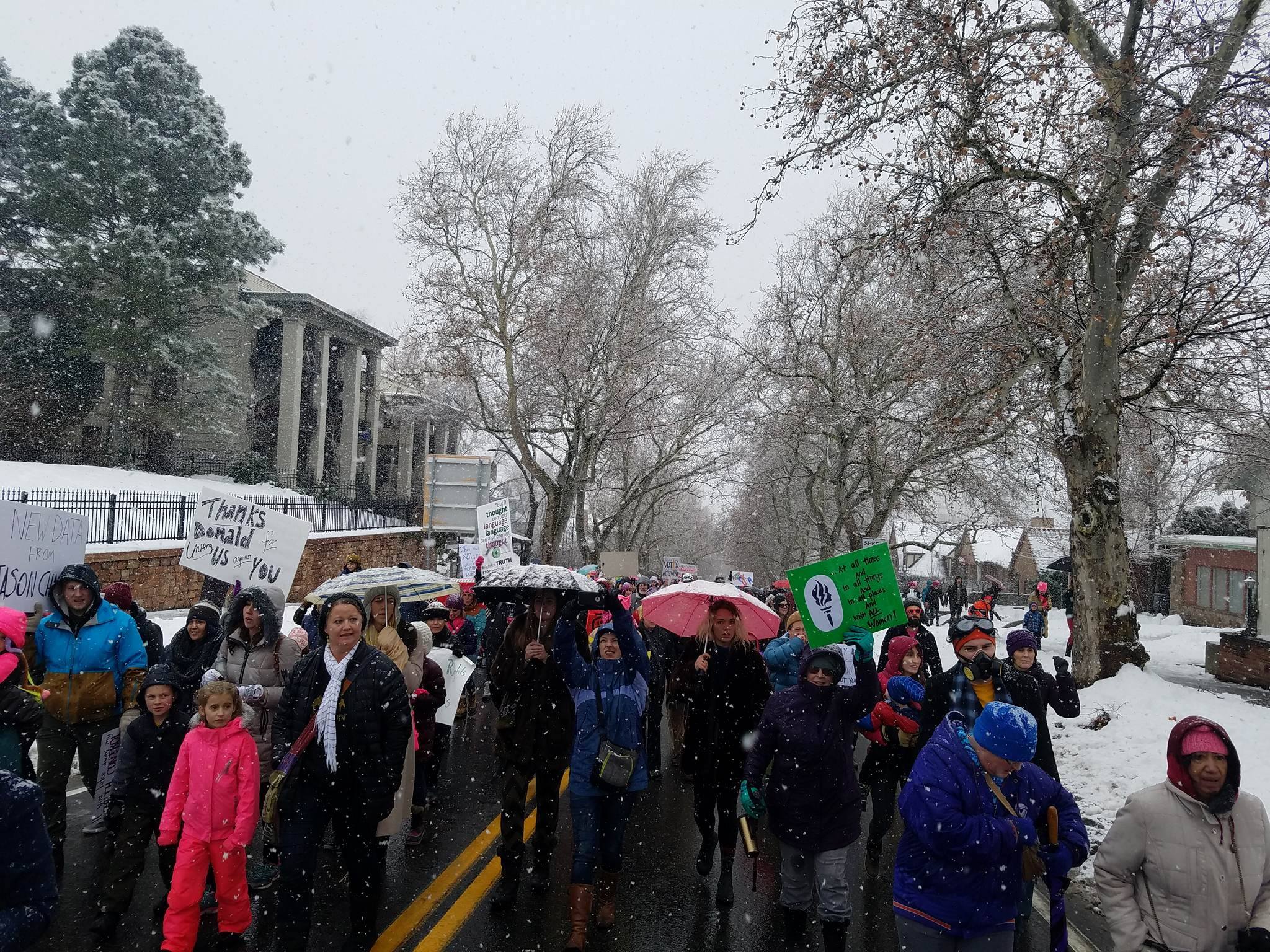