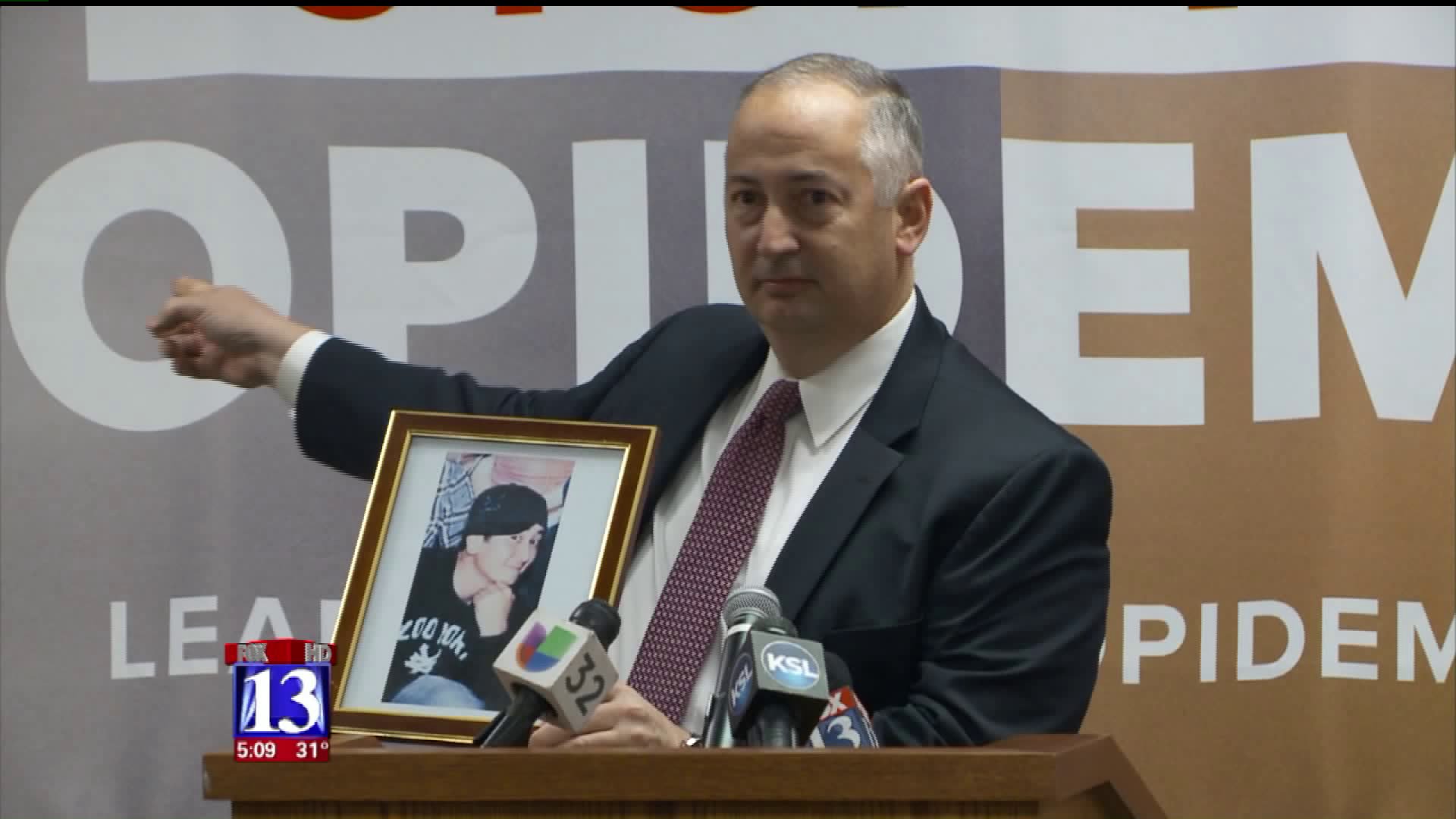 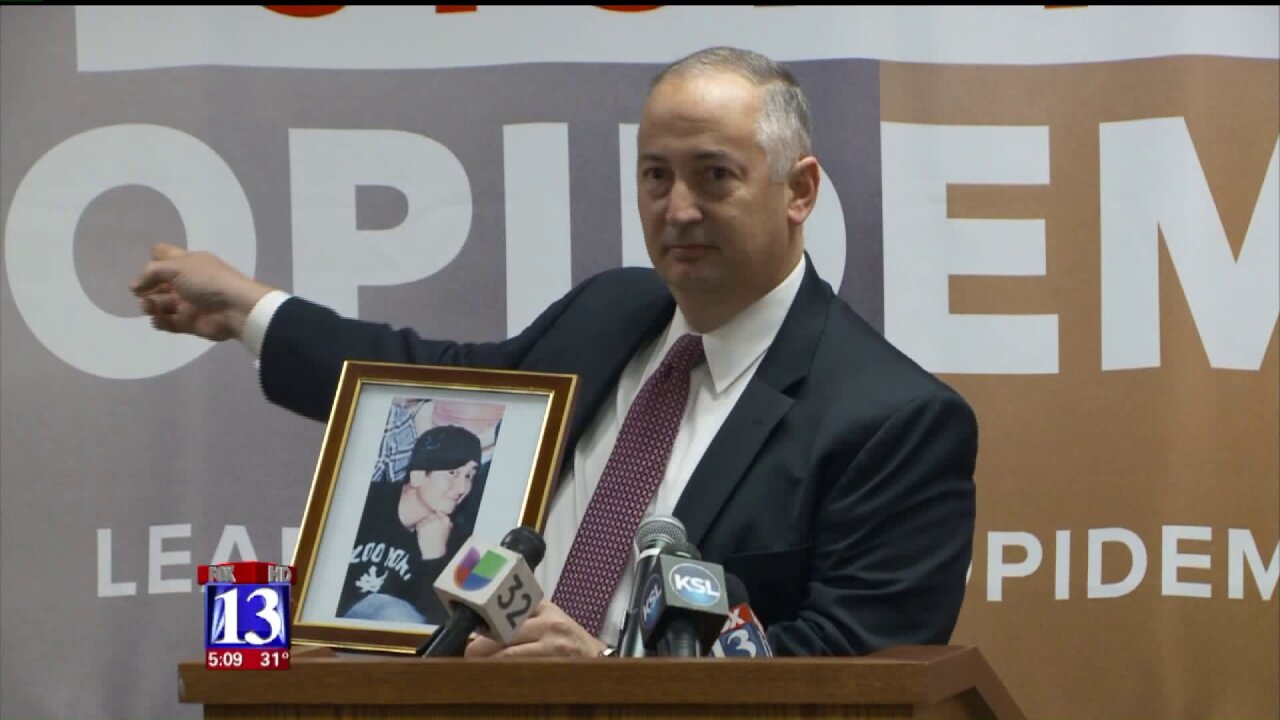 Christensen says people don’t realize the nature of the addiction or how strong it is. Eighty percent of heroin users started with prescription drugs.

“I never put a needle in my arm, but I was on heroin," Harrington said. "I smoked heroin and I snorted heroin.”

The former BYU football player spoke candidly about how a football injury led to his abuse of prescription drugs and eventually heroin. He was using while working as a TV sports broadcaster.

“There are plenty of functioning addicts that are struggling in an office," he said. "Mothers struggling in their home. And their lives have been taken from them because of this.”

Mark Lewis lost his 27-year-old son Tony to a heroin overdose. Lewis tried to get help for Tony as his addiction spiraled out of control.

“Tony hated the drug," Lewis said. "He didn’t want to use it and it took over his life and it destroyed him.”

Lewis wishes he would have known about Naloxone, a drug that reverses the effects of opioids. Utahns can now purchase the life-saving drug without a prescription.

In the meantime, he recommends people seek proper treatment of opioid addiction.

“I know you feel alone, lost and exhausted," he said. "You can’t give up. You’ve gotta go find help."

For more information about the campaign and resources available, click here.