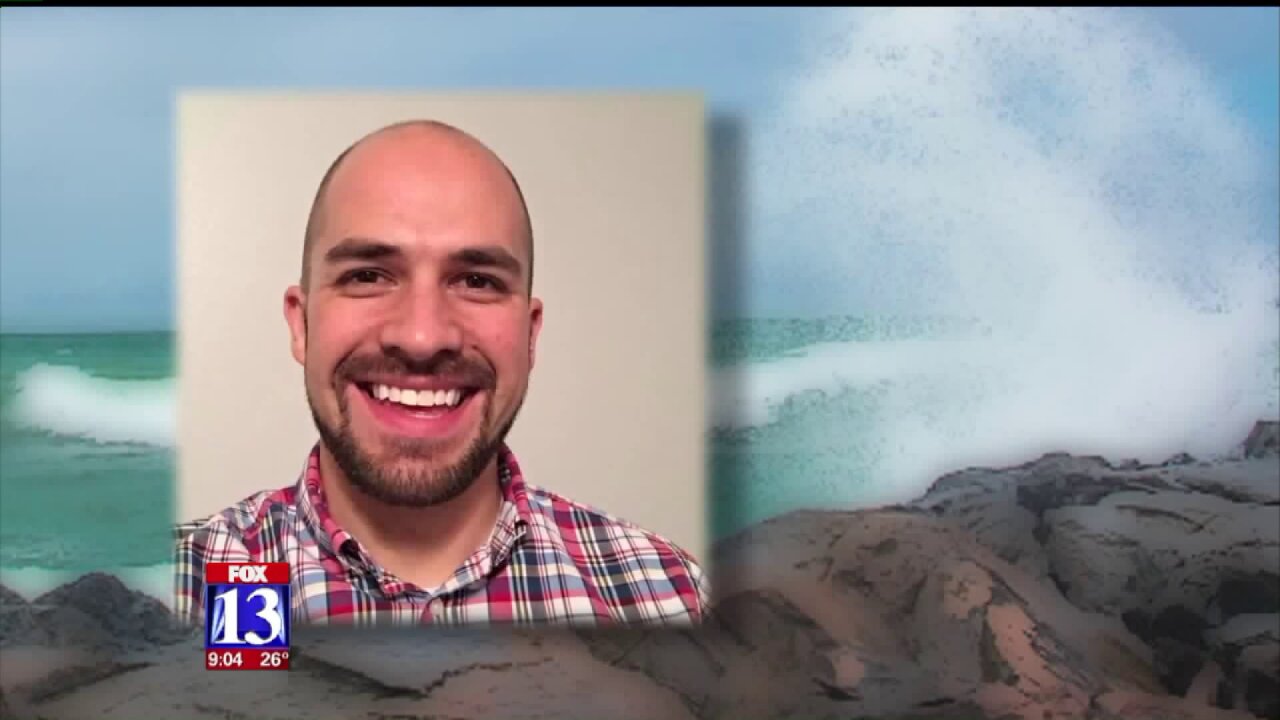 HAWAII -- The U.S. Coast Guard has called off the search for a West Valley City man who was swept out to sea in Hawaii earlier this week.

Steven Espinoza, 34, was taking a picture in Maui on Monday when a wave knocked him into the ocean.

On Thursday night, six of his family members left for Hawaii to pick up where the Coast Guard left off.

"The main thing is peace, closure, answers,” said sister Natasha Hernandez. "The hardest part is just not knowing, not knowing if he is dead or alive, and if the body is at the bottom of the sea, that would just be awful."

The Coast Guard searched more than 500,000 football fields worth of ocean, but on Wednesday that search was suspended.

"They stopped their searches because they looked for three days, and for protocol after three days they don't think anyone will survive,” Hernandez said.

The family said they came into contact with an independent group, Maui Search and Rescue, that gave them reason for hope.

"They did some research and saw that the tides on Tuesday were pushing toward this island Maliki, and the Coast Guard didn't make it out there so they made it out there today,” Hernandez said.

The family said they can’t wait to arrive and join the group.

"Do everything we can to help them, what they do is so amazing because they pick up where other people have to give up,” said Tony Espinoza, Steven's father.

Espinoza said his son did so much for so many, from his nieces and nephews to total strangers, and he deserves to be found.

"It's like a bad dream, especially when he's such a good kid his whole life, but I haven't given up hope: I can't yet,” Espinoza said.

A GoFundMe account has been set up to help the family with the air fare, hotel and search effort costs.