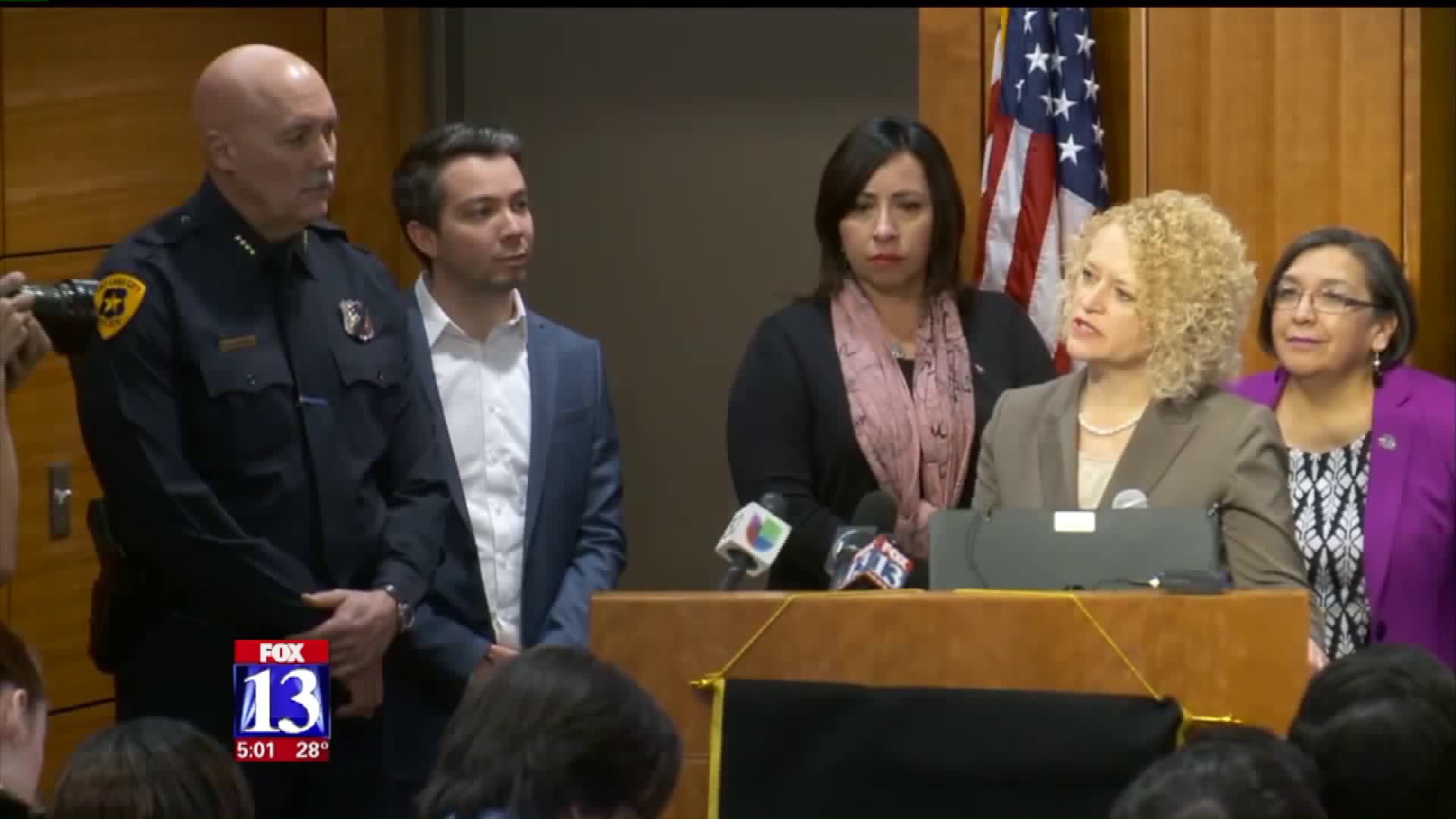 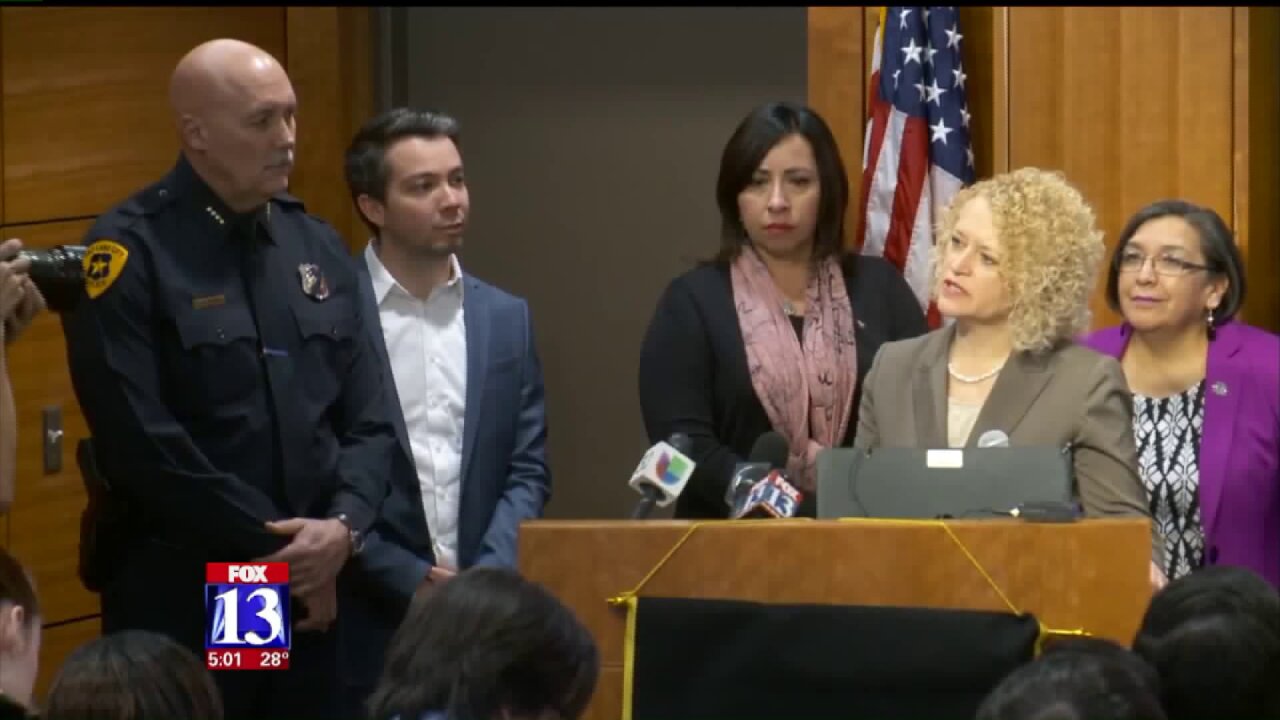 SALT LAKE CITY -- Claudia Gonzalez of Midvale just became a US Citizen in September and has two kids who were born here, but they're still afraid.

"My son comments, 'Mom, can you adopt my friends if their families get deported? Can you support them,'" Gonzalez said.

The fear comes after President Donald Trump signed two executive orders Wednesday, promising to build a wall and crack down on immigration enforcement and deportation.

"Our national leaders should be helping us build bridges, not walls," Biskupski said.

Biskupski also made a promise to the city's immigrant communities.

"We are holding our ground as a city that everyone is safe in this community," Biskupski said.

"We as a Salt Lake City Police Department are going to continue to do the work that we did last week, today, and well into the future," he said.

Brown doesn't want the immigrant communities to be afraid to contact them when they witness a crime or are a victim of one.

"They’ll sit back and they won’t make that call," he said. "They’ll be victims of crime, and they won’t be that partner that we seek so desperately in our community-oriented policing model."

Salt Lake City's leaders are determined to protect all of its citizens.

"We are in this together, and we're not going to allow it to divide our community," Biskupski said.

It's an example Gonzalez hopes other Utah leaders will follow.

Gonzalez said: "What I really want to do is go back to my city where I live in Midvale and ask my mayor what is she doing for our community? What is she doing to protect our families?"

President Trump did say he plans to strip federal money from sanctuary cities and states that harbor illegal immigrants. Mayor Biskupski says Salt Lake City is not officially a sanctuary city because there is no jail or prison within its borders.