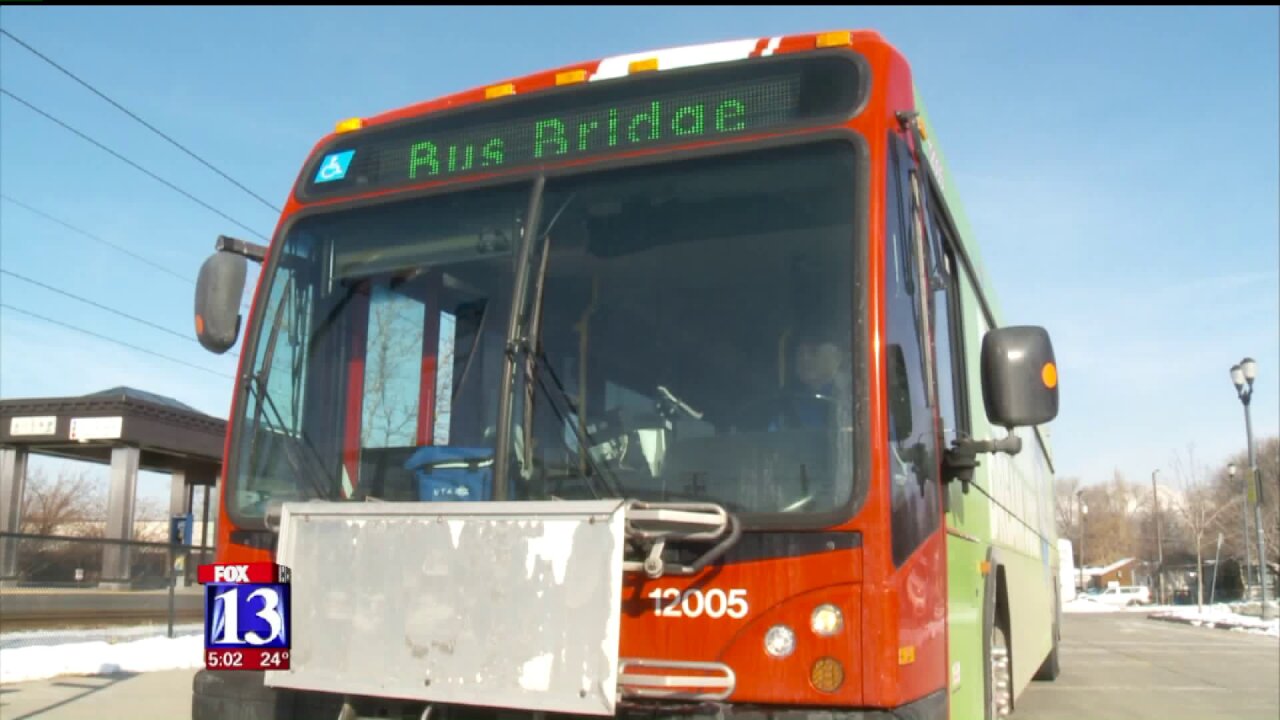 UPDATE: UTA tweeted at 7:10 p.m. Saturday that all trains had resumed regular services and the bus bridges have ended.

A power surge around 7:30 p.m. caused the overhead wires to break in two locations, one at 350 South Main Street and another near Clark Planetarium. UTA Spokesman Remi Barron said the issue poses no danger to the public, as the power for the system automatically shuts off when such incidents occur.

Barron said crews are continuing to investigate the issue.

"They are still searching all of the entire TRAX electrical system for the root cause," Barron said.

According to Barron, passengers should expect bus bridges to continue through the later part of Saturday, most likely until the afternoon. He said they expect delays should be less than 10 minutes.

"It's apparently no small task to reconnect these overhead, catenary wires is what they call them, and it's the main source of power to the TRAX train," Barron said.

By 4 p.m. Saturday UTA had TRAX trains on the three lines running as follows: