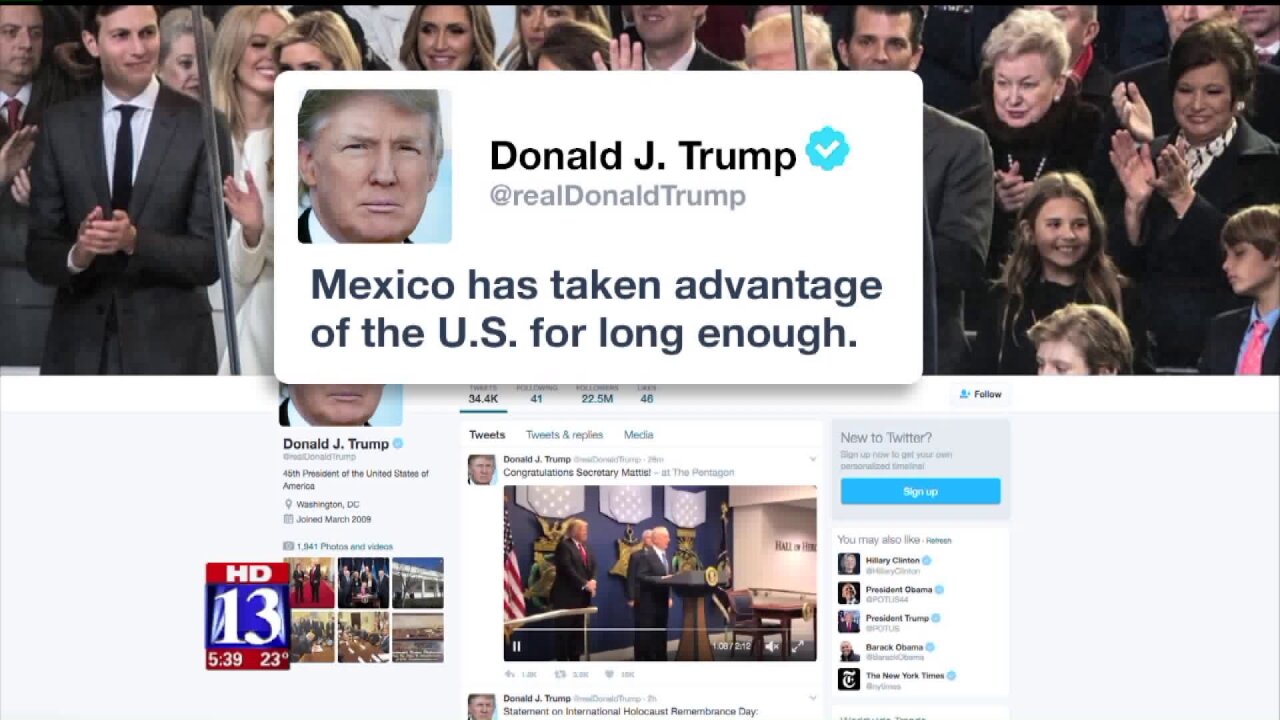 SALT LAKE CITY -- For businesses focused on international trade, it was two days of mixed signals from the White House on the relationship between the United States and Mexico.

"We don't want to see a trade war with one of Utah's largest trading partners," said Derek Miller, President and CEO of World Trade Center, Utah.

Miller was focused on tension between Mexico and the United States after a series of provocative statements from President Donald Trump.

On Thursday, Mexican President Enrique Pena Nieto called off a meeting with Trump planned for next week in the wake of immigration actions and tweets he considered offensive.

On Wednesday, Trump signed an executive order to begin the process of building a wall on the border between the United States and Mexico, a massive project likely to cost between $10-20 billion.

Trump reiterated his promise that he would get Mexico to pay for the construction, though the U.S. would pay up front. The action and orders created a firestorm in Mexico, beginning talk of pulling out of the scheduled D.C. meeting of Presidents.

And then the tweets:

"If Mexico is unwilling to pay for the badly needed wall, then it would be better to cancel the upcoming meeting," Trump said in one tweet, followed soon by Pena Nieto calling off the meeting.

"Mexico has taken advantage of the U.S. for long enough, " Trump tweeted.

Shortly after that tweet, Trump and Pena Nieto spoke on the phone, and the White House issued a press release stating in part:

"With respect to payment for the border wall, both presidents recognize their clear and very public differences of positions on this issue but have agreed to work these differences out as part of a comprehensive discussion on all aspects of the bilateral relationship."

That was followed by statements from Trump in a joint press conference with British Prime Minister Theresa May.

"We [Trump and Pena Nieto] have a really, I think, a very good relationship," Trump said, though he also said in the same forum, "They've made us look foolish."

Miller says a war of words could become a trade war. The Trump administration has already floated the possibility of a 20 percent tax on Mexican goods entering the U.S. Miller says that would hurt Utah consumers and workers.

"We have seen Utah exports, goods and services from Utah to Mexico, increase from $250 million 10 years ago to over $850 million today," Miller said.