Police say 18-year-old Andy Vuong and a juvenile are in custody after the shooting back on January 21, which sent 14-year-old Shalece Brinkerhoff to a hospital in critical condition.

Officers say the victim is improving and is now in good condition. The victim’s mother said Shalece went to see a movie with some friends at the mall that night, then afterward that group met up with some other friends.

“…the friends that they did catch up with already had confrontations with other people, and apparently they just got caught up in the wrong place at the wrong time,” Stephanie Brinkerhoff said. “I don’t really know exactly what the target was, but I’m assuming… it was gang-related, but my daughter has never had anything to do with gangs at all, she’s a very good girl.”

The juvenile suspect, who has not been identified due to his age, confessed to firing the gun and positively identified Vuong as the second suspect and shooter, according to a statement of probable cause.

According to police, the shooting may be gang-related.

Vuong faces charges of aggravated assault and felony discharge of a firearm. He also has an existing warrant for theft by receiving stolen property. 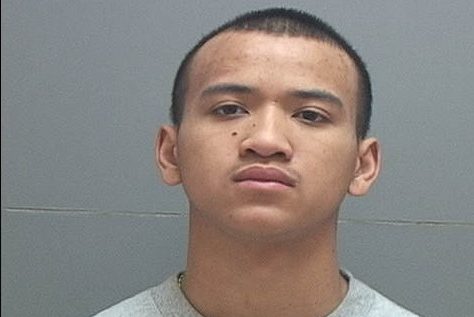