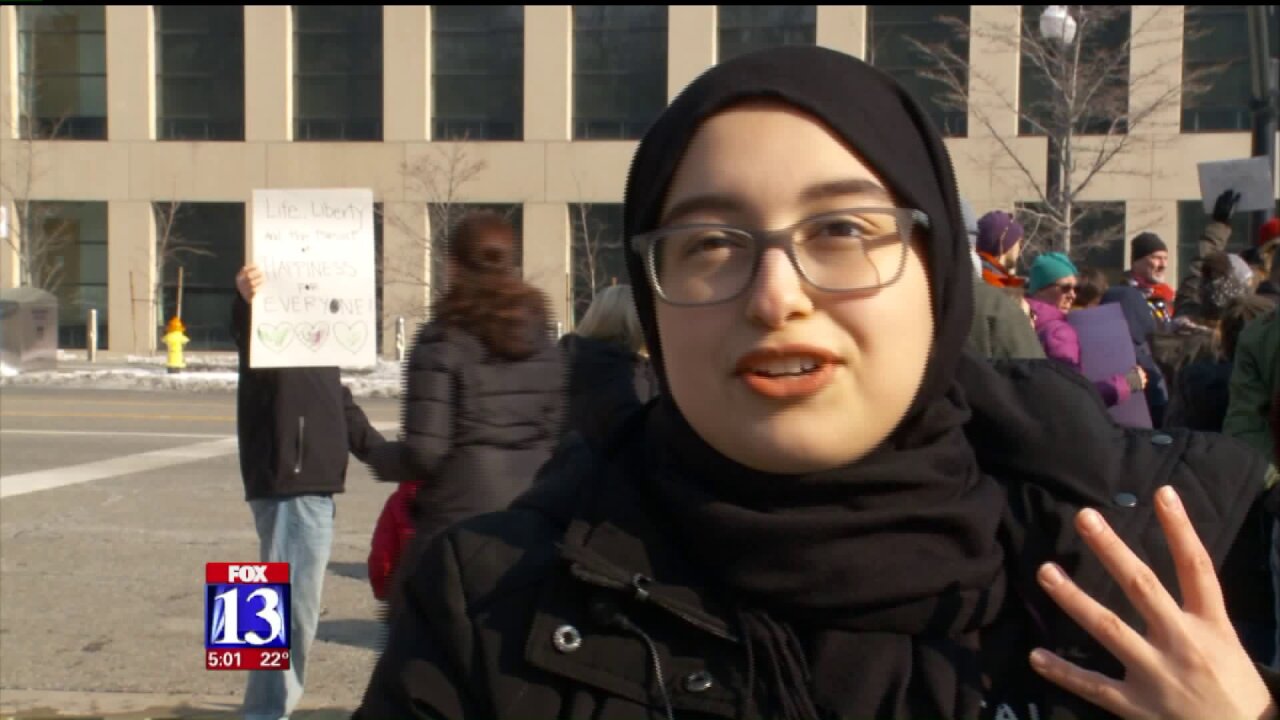 While a federal judge issued a stay halting parts of that order, the Islamic Center is still advising folks from countries included in the order to stay put as they may not be able to get back if they leave.

A group gathered Sunday to protest President Trump’s order and stance on immigration, and they also said they wanted to spread a message of love toward refugees and immigrants.

“I feel everyone’s energy, and it’s coming through, and we’re all standing in solidarity together, and it’s true allyship that's going on right now,” said Ban Neas, one of those who attended the rally.

Shuaib Din, Imam at the Utah Islamic Center, said the U.S. is a nation of refugees.

“If you go back to the Mayflower, we are all refugees, so... shutting off refugees is not the American way,” he said.

Din said they are advising those who live in the U.S. with a green card not to visit family or take trips to countries included in the ban, as once they leave they may not be able to return. He said he believes the executive order is the wrong approach.

President Trump defended the order Sunday, saying in a statement that it’s not about religion but rather about protecting the country from the threat of terrorism.