Father and son save young mountain goat in Provo Canyon

PROVO, UTAH -- Alone and struggling in the deep snow, several people stopped along the highway in Provo canyon Saturday afternoon to take pictures of a young mountain goat.

According to James Olsen and his son Bryan, both avid outdoorsmen, they knew something was wrong.

“I think we saved its life,” said James Olsen.

Unable to get a hold of anyone at the Utah Division of Wildlife Resources (DWR) on a weekend, the pair called the poaching hotline. A DWR officer called them back with a surprising request.

"Public safety is our number one priority and who knows what would have happened if it would have walked out into the road, so our officer asked them to gather up the little goat,” said Scott Root with DWR.

James said the goat kept moving out of reach, but after a few minutes calmed down.

His son got close and waited.

"As soon as it turned its head away from my boy, I said jump, and he jumped and caught it,” said James.

After a struggle that lasted only for a few seconds, James said the little goat relaxed as it was carried back to their truck.

"His head was down when we first got him in the truck and after a few minutes his head was up and he was being friendly with us,” said James.

They drove the goat down the canyon to meet up with a DWR officer. It was checked out by a vet and held overnight before being released at a higher elevation closer to its herd.

"We're hopeful for this young goat, I mean there's no guarantees but we put the GPS collar and it will let us know right where it's at several times a day,” said Root.

The GPS collar gives DWR a location two or three times a day. They will monitor the goat’s movements and move it again if it gets close to a road. 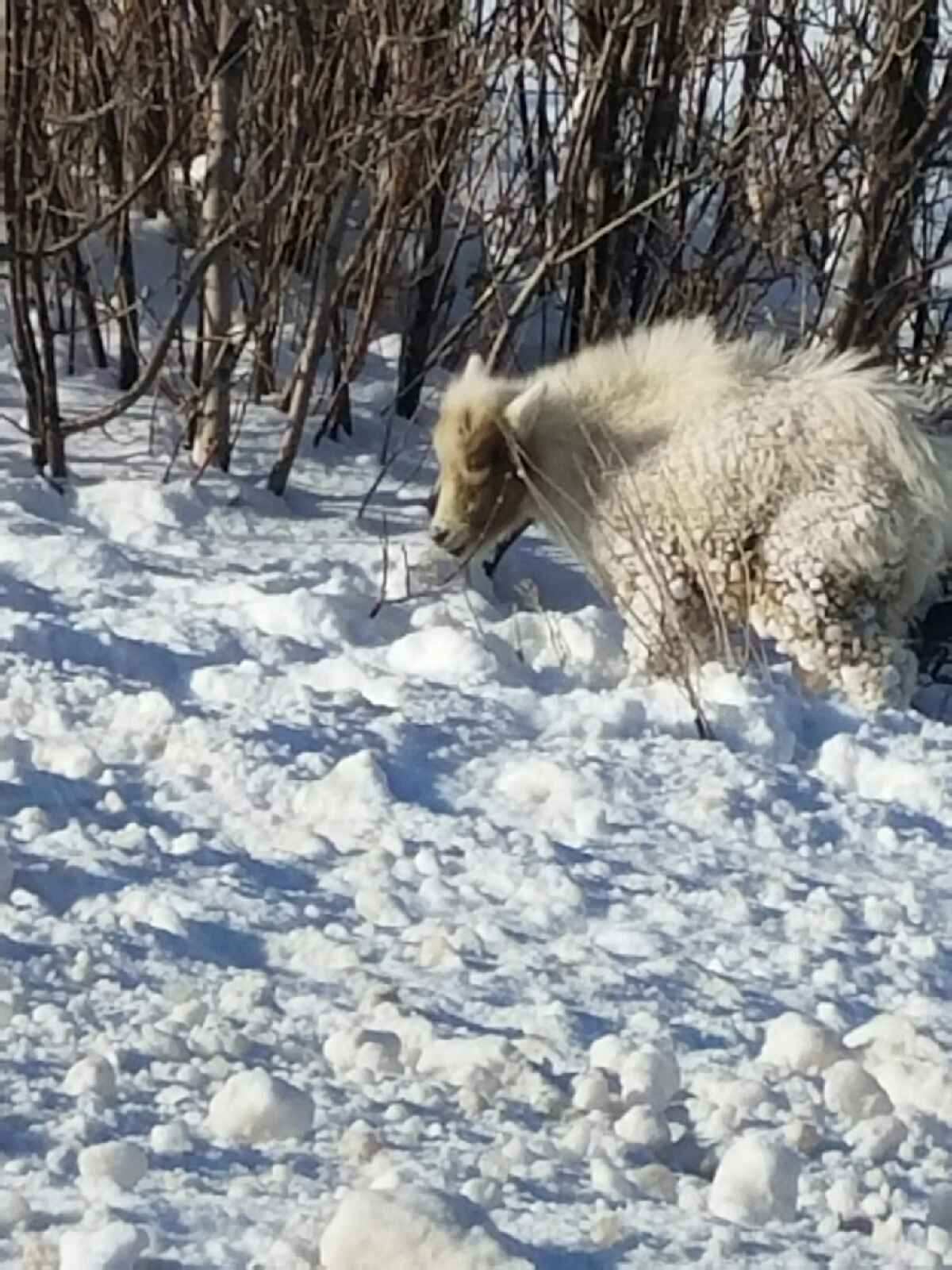