Moose attack Friday may have been cause of Saturday moose attack 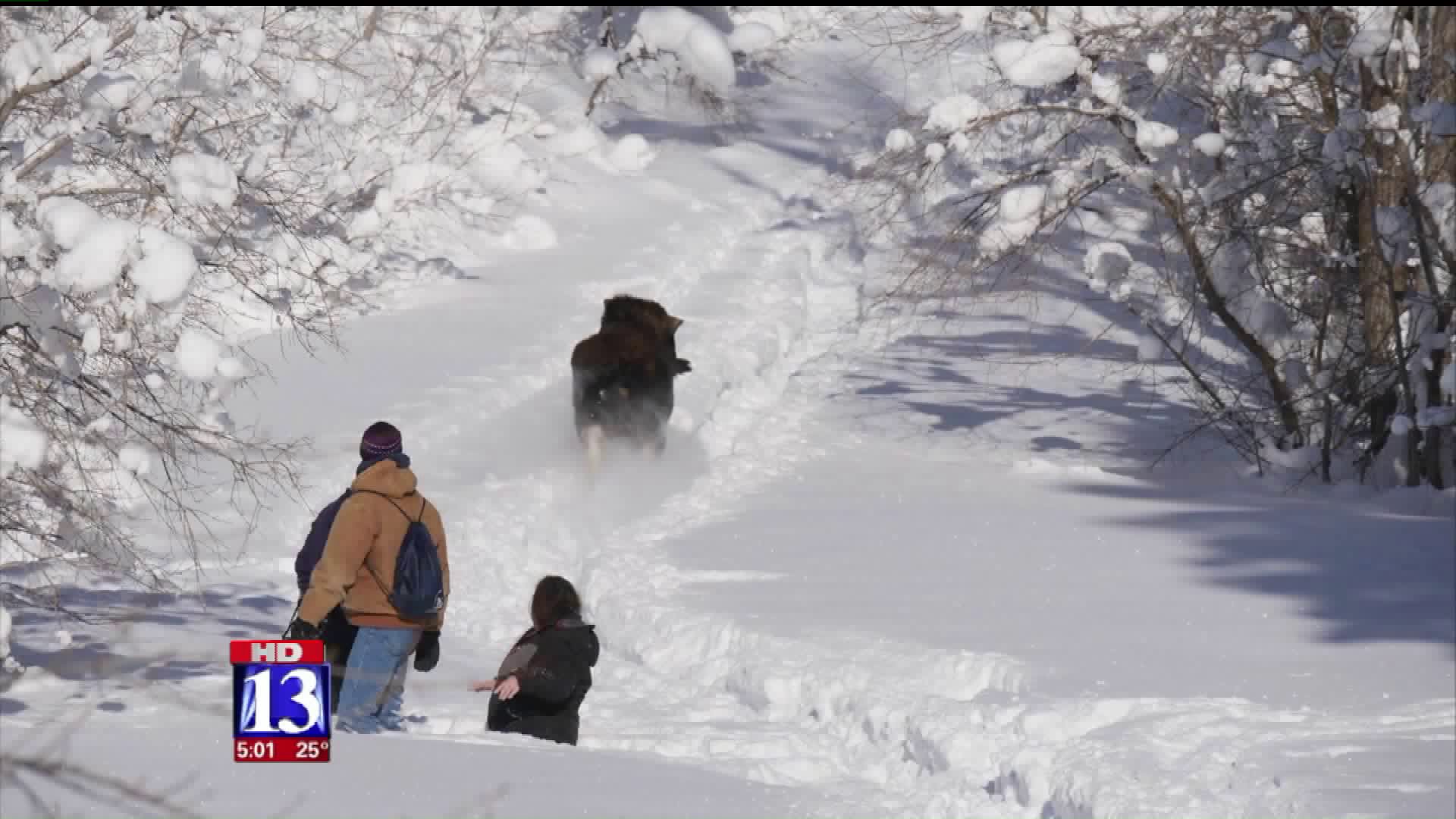 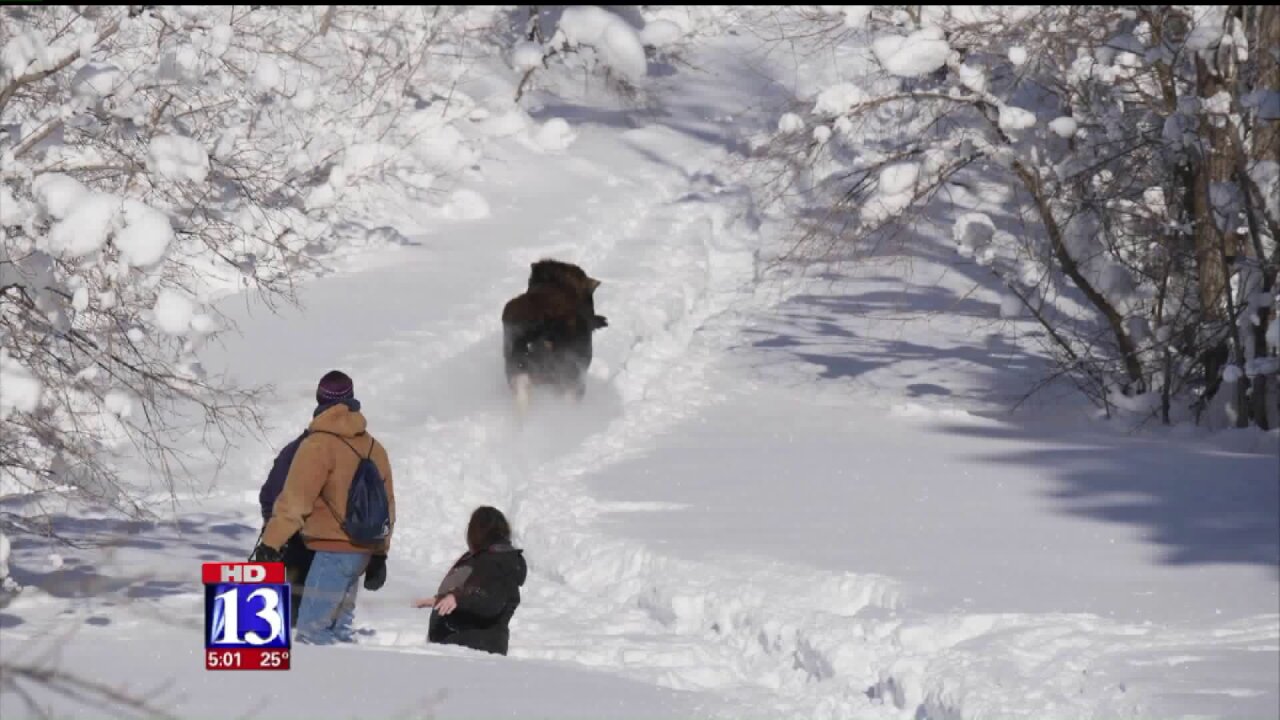 "It was Friday, just before midnight when we ran into her," said JJ Acker, a snowshoer. "Or rather when she ran into me."

The two men said they were lucky to be alive.

According to Acker, the men were coming down the Wheeler Creek trail in the Ogden Canyon when their headlamps spotted the moose bedded down five feet away.

"I could tell the moment my headlamp shined in her face, and in nothing flat, she came right at me," Acker said.

"I looked back and just saw JJ getting pounced, I thought he was going to get hurt real bad." Spotted Elk said.

According to Acker he beat the moose back with his trekking poles, but the moose managed to hit him in the inner thigh twice and bruise his forearm.

"We were lucky," Spotted Elk said.

The two men thought because of their interaction with the moose Friday, it may have initiated a confrontation the hiking group had Saturday.

As a result, the Division of Natural Resources stepped in.

"We can't move the moose," said Phil Douglas, with the DNR. "It's problematic because you're moving a moose and trying to keep it alive as well."

In the 15 years Douglas has worked for the DNR, Douglas said, he had never encountered a situation like this.

DNR considered shutting down the trail until the moose moved on, but instead, Forest Services opted to make warning signs to have posted in the Ogden Canyon area to alert hikers.

"We ask people to take responsible action and be responsible for their activities in the areas they choose to go," Douglas said. "This is habitat for wildlife, first and foremost."