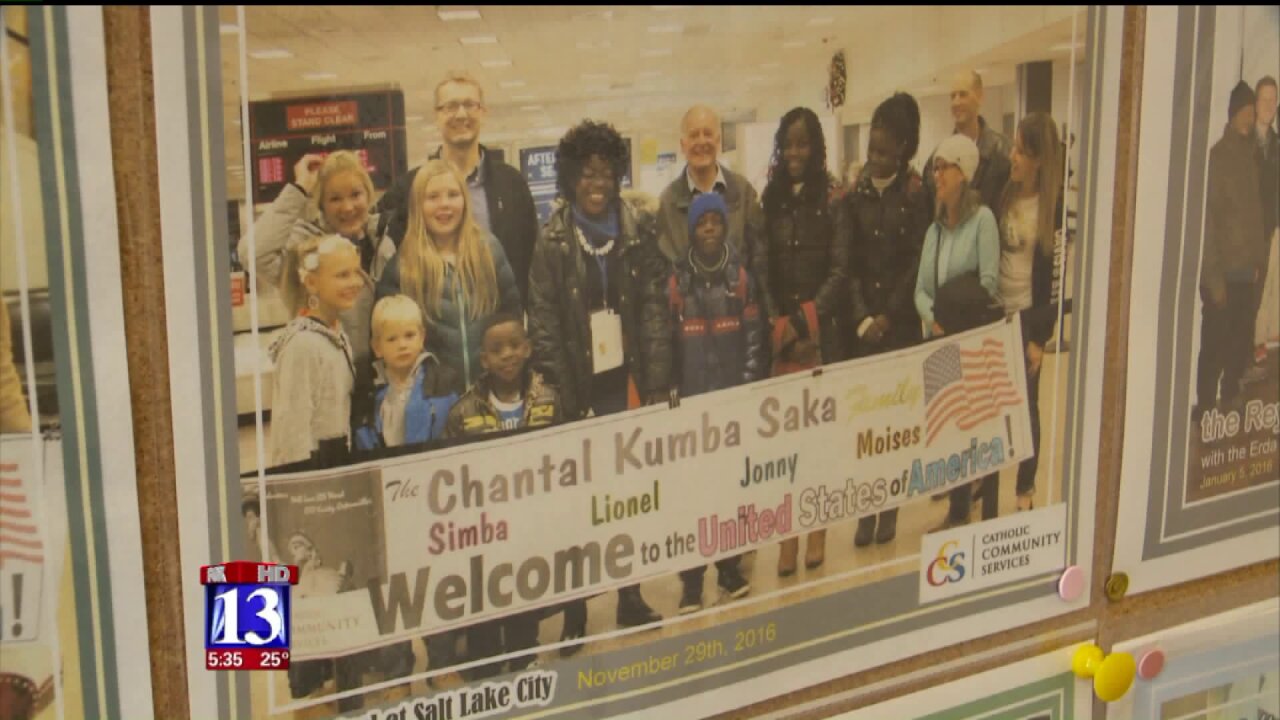 SALT LAKE CITY – Following President Trump's executive order barring refugees from coming into the U.S., Utah refugee programs are at a loss of what to do.

The order denies entry to all refugees for 120 days. Entry is also barred into the U.S. for 90 days from seven Muslim-majority countries: Iran, Iraq, Syria, Sudan, Libya, Yemen and Somalia.

Director of Immigration and Refugee Resettlement at CCS, Aden Batar, showed Fox 13 the names of refugees scheduled to arrive in the coming weeks, many of their flights now canceled.

“Tomorrow, we have a family arriving, we don't know their fate, whether they'll be allowed to come in,” Batar said.

With no directive from the state department, CCS has no idea how to carry out the ban.

“We're a nation of immigrants and our doors are closed now to anyone,” said Batar. “We're worried that every day people are gonna die.”

According to Batar, in the 40 years CCS has helped refugees, none of those refugees have harmed anyone in the U.S.

“They work hard, become self-sufficient, within six months, they get jobs. They contribute to the economy, the businesses benefit from that,” said Batar.

Omid Malek is an Iranian-American, attending the University of Utah. He worries that his father, an Iranian citizen, who lives in Utah, will no longer be able to travel in and out of the U.S. to visit family.

While President Trump’s executive order on immigration is not a Muslim ban, Malek feels singled out.

“I want to ask Americans, not just as Americans, but as human beings to see the situation from our point of view. How would they feel about it?” said Malek.

Batar hopes President Trump will listen to the people and reconsider.

“This order does not serve any of our interests in the United States and also does not protect America at all. I think it's going to create more destruction and more chaos.” Batar said.