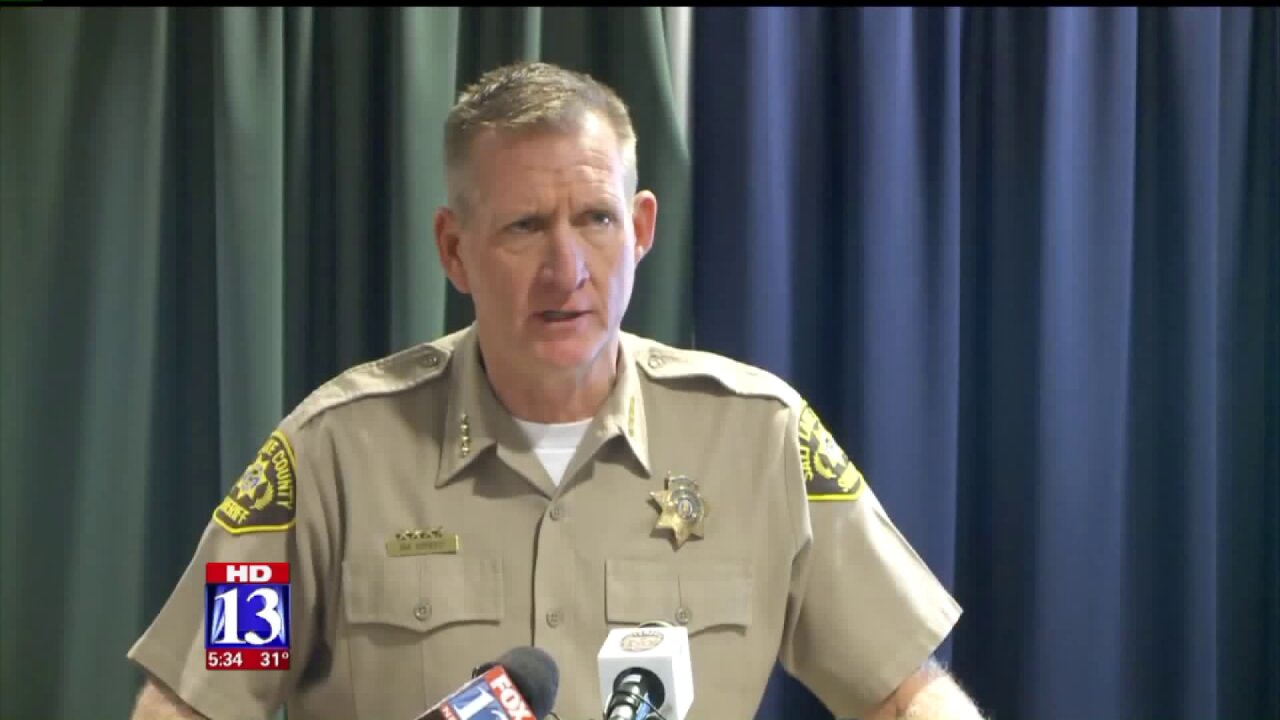 SALT LAKE COUNTY, Utah -- No city in Utah is a sanctuary city. That's what Salt Lake County Sheriff Jim Winder announced Wednesday. However, he also said officers will not be enforcing federal immigration law in the streets of Utah.

Winder said he hears the people's concerns loud and clear, and he wants to set the record straight that they have nothing to worry about.

"The next question is, is Salt Lake County, or any other jurisdiction, a sanctuary city? The answer is: no," Winder said.

Winder said that's because no government within the state has any kind of law allowing law enforcement to protect those who entered the country without documentation. However, in Utah they have chosen on their own not to go after these people.

"Citizens in our county have no reason to fear that any law enforcement in any stripe is going to come and hunt me down or do anything else," Winder said.

The only time Salt Lake County does enforce federal immigration laws is when people are arrested for other offenses, which has been a long-standing policy.

"You've been arrested, you are brought to the Salt Lake County Jail, we ask a question: 'Are you a citizen or what is your nation of origin?'" Winder said.

In 2016, 29,185 people were booked into Salt Lake County jail. Out of that number, 1,877 were foreign-born and 660 of them were in violation of federal immigration law. Of that number, 149 were detained by Immigration and Customs Enforcement.

President Donald Trump signed an executive order threatening to withhold federal money from cities that harbor illegal immigrants. Winder believes the only way federal money will be taken away is if they stop enforcing federal immigration law within the jail system.

"They are creating a naughty list; the naughty list is made up of jurisdictions who failed to cooperate in their jails," Winder said.