Hundreds gather at airport to welcome refugee family to Utah 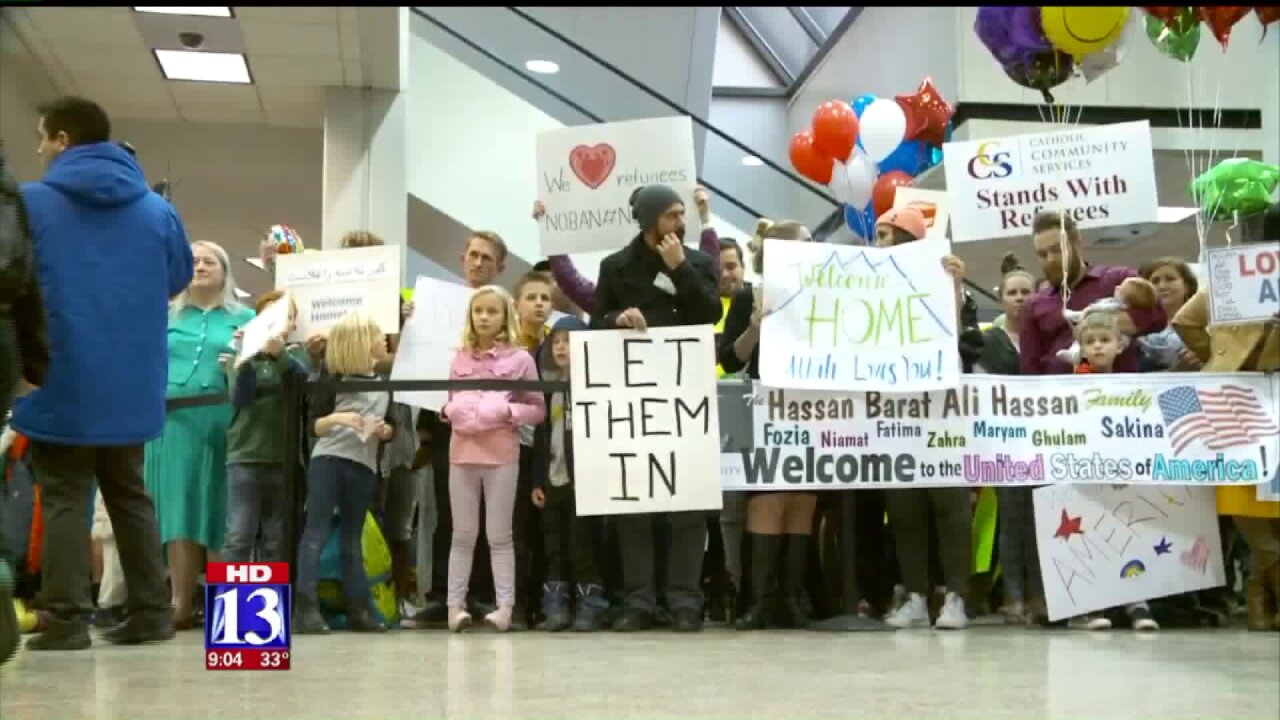 SALT LAKE CITY -- A refugee family from Afghanistan was greeted by hundreds of people at the Salt Lake City International Airport on Thursday.

"Thank you so much for your warm welcome, this is the first time in our life that we are welcomed, and you guys are so kind and nice," said Ali Hassan.

Hassan, his wife, and their five children left Afghanistan during the Taliban regime. They spent several years in a refugee camp in Pakistan. Then, just as they were preparing to leave for the U.S., President Trump issued an executive order stopping the admission of all refugees into the United States for four months. The order also banned all people from seven countries--Iraq, Syria, Iran, Libya, Somalia, Sudan and Yemen--from entering the U.S. for 90 days.

"We were so nervous, because of the ban we thought we might not be allowed to get in the U.S.," Hassan said.

It turns out they were the last group of refugees to enter Utah before the ban goes completely into effect.

Utahns said it was important to be at the airport to welcome the family.

"I wanted to make sure that there was a show of support, to let people know that we support refugees and welcome them," said resident Angela Ashurst-McGaee.

However, not everyone in Ali Hassan's family was able to make the trip.

"We are so worried about our grandmother because we don't know where she is, they just told us she would be sent back to Islamabad, Pakistan," Hassan said.

The family had to leave Hassan's 67-year-old mother in Turkey because the U.S. Government said she was too old. Catholic Community Services, who help refugees get acclimated to America, said they were unaware of any age limit on refugees and said they have welcomed refugees older than 67 in the past.

Hassan is asking President Trump for help, not just for his mom, but for all refugees who are being turned away.

"We hope he will show some kindness and repeal the ban from the refugee countries," Hassan said.

Utah's newest family also said they are ready to make a positive impact in our community.

"We came from a really bad situation back home, so me and my wife are ready to get any kind of jobs to get successful in our lives here," Hassan said.

Catholic Community Services said during this ban about 200 refugees will be turned away from Utah.