Family of refugees reunited after grandma arrives in Utah 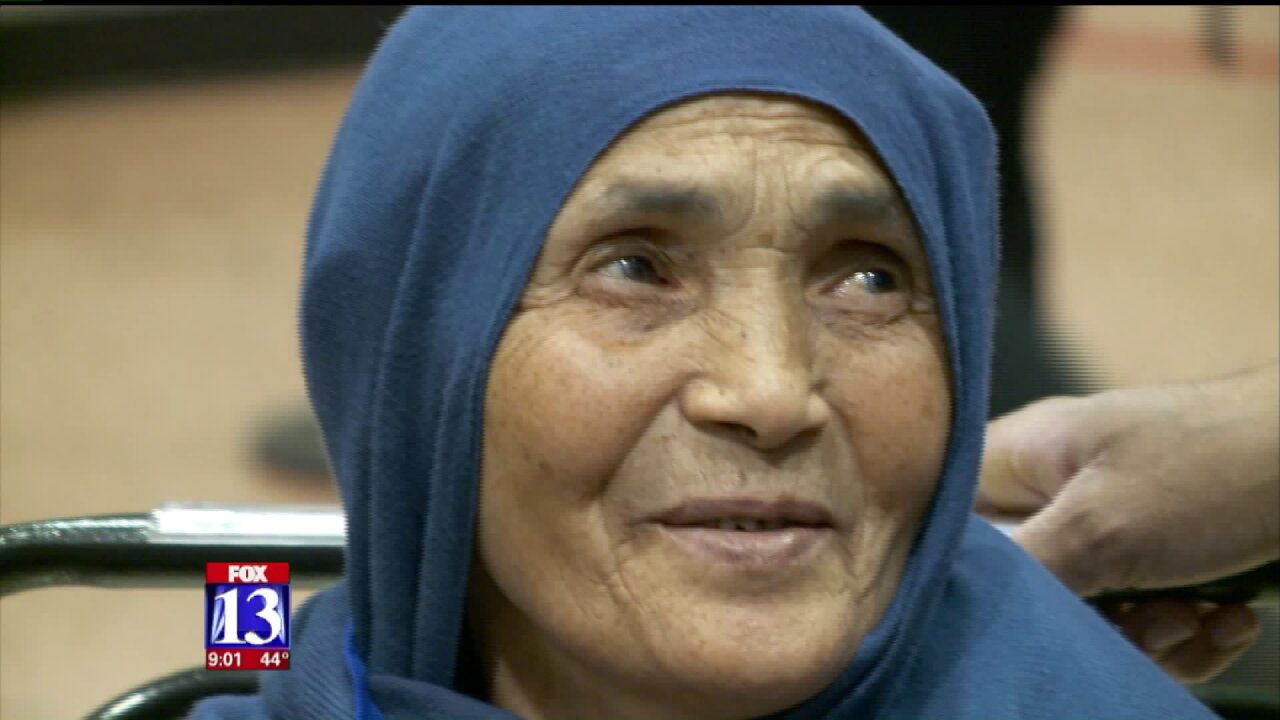 SALT LAKE CITY -- A refugee family from Afghanistan is back together again after being separated on their way to Utah.

Hassan Ali Hassan, his wife and their five children arrived on Thursday, but Ali Hassan's mother was not allowed to leave Turkey due to a medical condition. On Friday she landed at the Salt Lake City International Airport.

The flight was delayed, but what's another hour wait for a woman who has been waiting years to be in a safe place like America?

“Americans are great people, they are really nice people to let me get into the country,” said Sakina Ali.

Sakina Ali and her family fled their home country of Afghanistan during the Taliban regime and had been living in a Pakistani refugee camp for several years.

"Everybody is coming because they have reason to come here, they have a reason to be in peace and stability and they want to have a good life,” Ali said.

She had to wait in Istanbul for another day until a doctor was available to accompany her to the U.S.

"She told her son that, 'You guys go ahead and go', and they promised that they would take care of me," Ali said, speaking through an interpreter.

Now that the family is complete, they can focus on starting a new life in Utah. Catholic Community Services will be there to help every step of the way.

For the children, all of whom are under 15 years old, almost everything is a new discovery.

"They haven't seen all the basics that we take for granted, like running water, lights and flushing toilets and TVs and all those things,” Batar said.

However, what these kids enjoyed the most may come as a surprise.

"Experiencing snow for the first time in their life, it's such a wonderful thing, and it's beautiful when you see them playing with that,” Batar said.

The next step for the Ali Hassan family is for the children to enroll in school. The family will learn English, and the parents will be taught the skills necessary to eventually land a job.