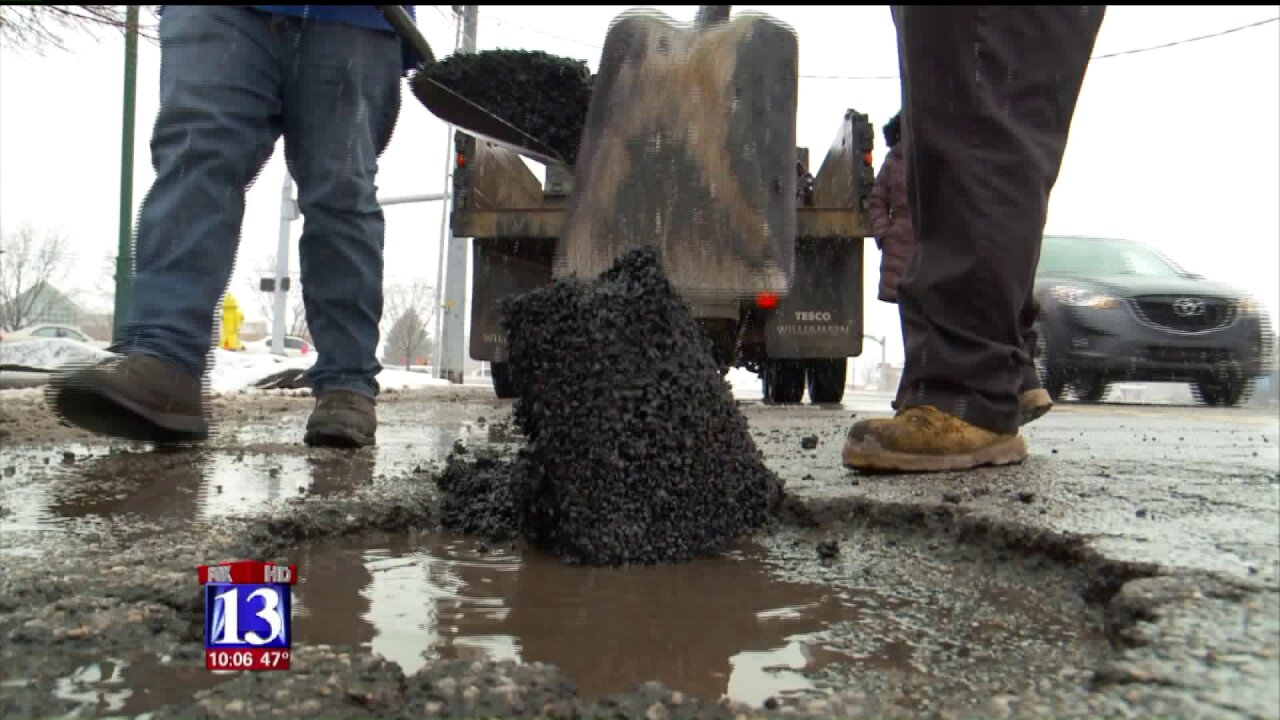 SALT LAKE CITY - Pothole problems keep piling up, but it's not just a weather issue.

"It's 50 year old pavement," said John Gleason, a spokesman for the Utah Department of Transportation. "Some stretches of I-15 were put in in the 1960s."

Gleason said one of those areas is a seven-mile stretch of I-15 in Box Elder County that's seen major pothole problems over the past couple of weeks, a problem they will continue working on for a few more days.

UDOT's Click 'N Fix app has had some busy feedback over the past couple months. The app, which is available for Apple and Android devices or through a web browser embed, allows drivers who see a pothole to click the location on a map to alert UDOT workers about it.

However, Gleason wants to remind Utahns that UDOT does not cover every stretch of asphalt throughout the state.

"There’s many people that hit a pot hole and assume it’s UDOT’s responsibility, and that’s not always the case," Gleason said. "Sometimes, it's the city or county that’s in charge of fixing a road.”

In the past two weeks, the city of Orem has sent out pot hole filling teams, and Park City said they fixed more than 100 potholes in the past five days.

"Well, when you think about it, we've had so many winter storms already this year, and then it warms up so you have that freeze/thaw cycle, and that can really accelerate the potholes," Gleason said.